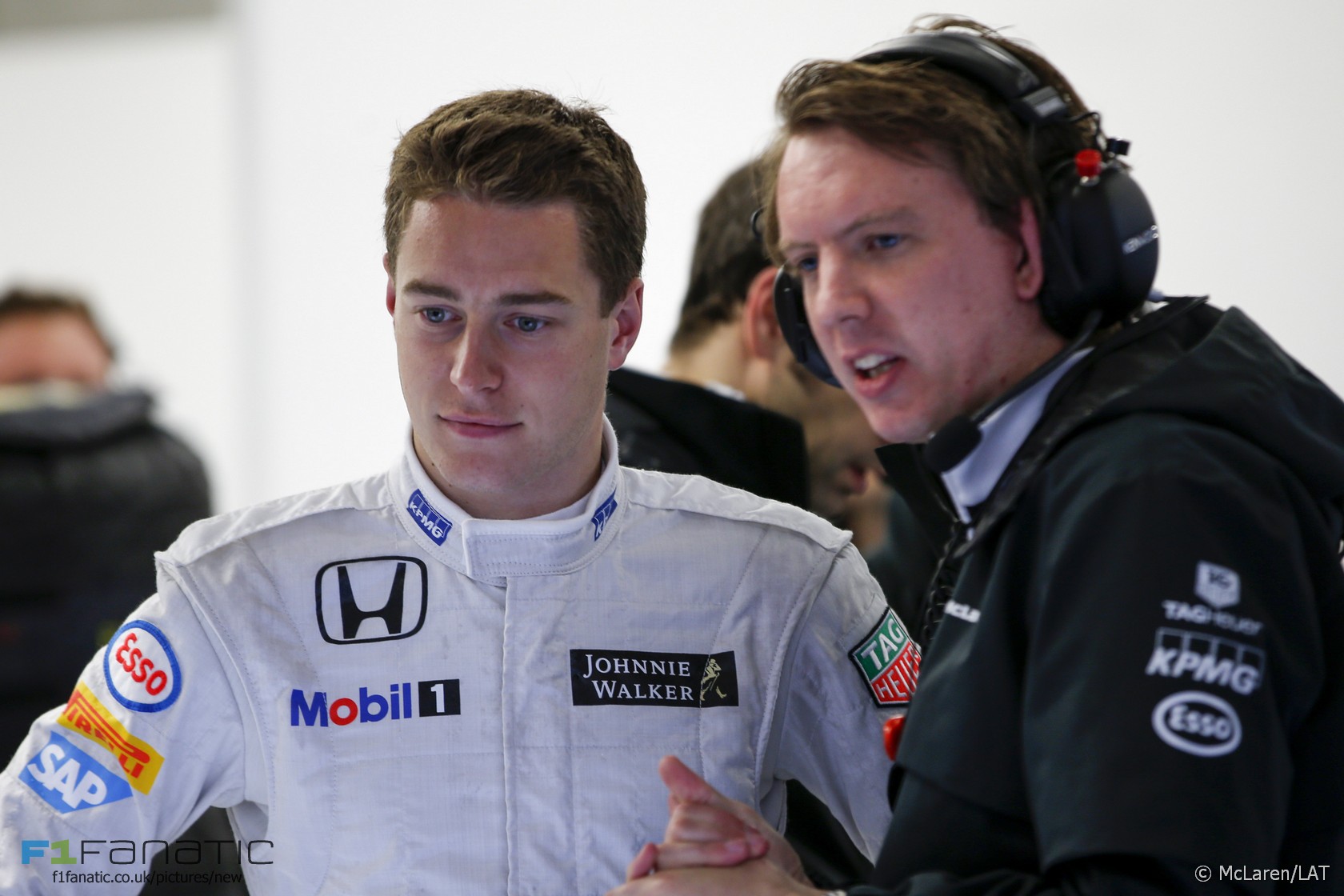 Winning his debut races in both GP2 (in 2014) and Formula Renault 3.5 (in 2013) marked Stoffel Vandoorne out as a young talent to watch. He followed that up in 2015 with an emphatic GP2 championship victory.

By then Vandoorne had already been picked up by McLaren and added to their Young Driver Programme. After placing him in GP2 for 2014 Vandoorne not only won first time out but almost replicated his Formula Renault 3.5 feat of starting his debut race from pole position – he was pipped by four-year series veteran Jolyon Palmer by just three-thousandths of a second.

Despite GP2’s notoriously limited practice opportunities and the additional challenge of adjusting from Michelin to Pirelli tyres, Vandoorne ended his debut season second to Palmer and ahead of Felipe Nasr, who joined F1 with Sauber the following year.

McLaren also gave Vandoorne several testing opportunities which included the first public run following their reunion with engine supplier Honda at the end of 2014. Vandoorne was entrusted with driving the MP4-29H/1X1 at Yas Marina, though it completed just five laps in two days.

Before McLaren got behind him, Vandoorne enjoyed the backing of the Royal Automobile Club Belgium. He won their young driver accolade in 2009 and went on to take victory in the Formula Four Eurocup the following season. Two years later he beat Daniil Kvyat to the Formula Renault 2.0-litre Eurocup crown, driving for Fortec. He stayed with the British outfit for his graduation to the 3.5-litre series the following year, still carrying the RACB’s colour scheme on his car.

Vandoorne made his Formula One debut in a one-off drive for McLaren in the Bahrain Grand Prix, substituting for an injured Fernan do Alonso.He made his mark by scoring a point on his debut.

Vandoorne spent much of the rest of the season driving in Japanese Super Formula. However in September McLaren made the decision to promote him to being a full-time member of the F1 race team in 2017