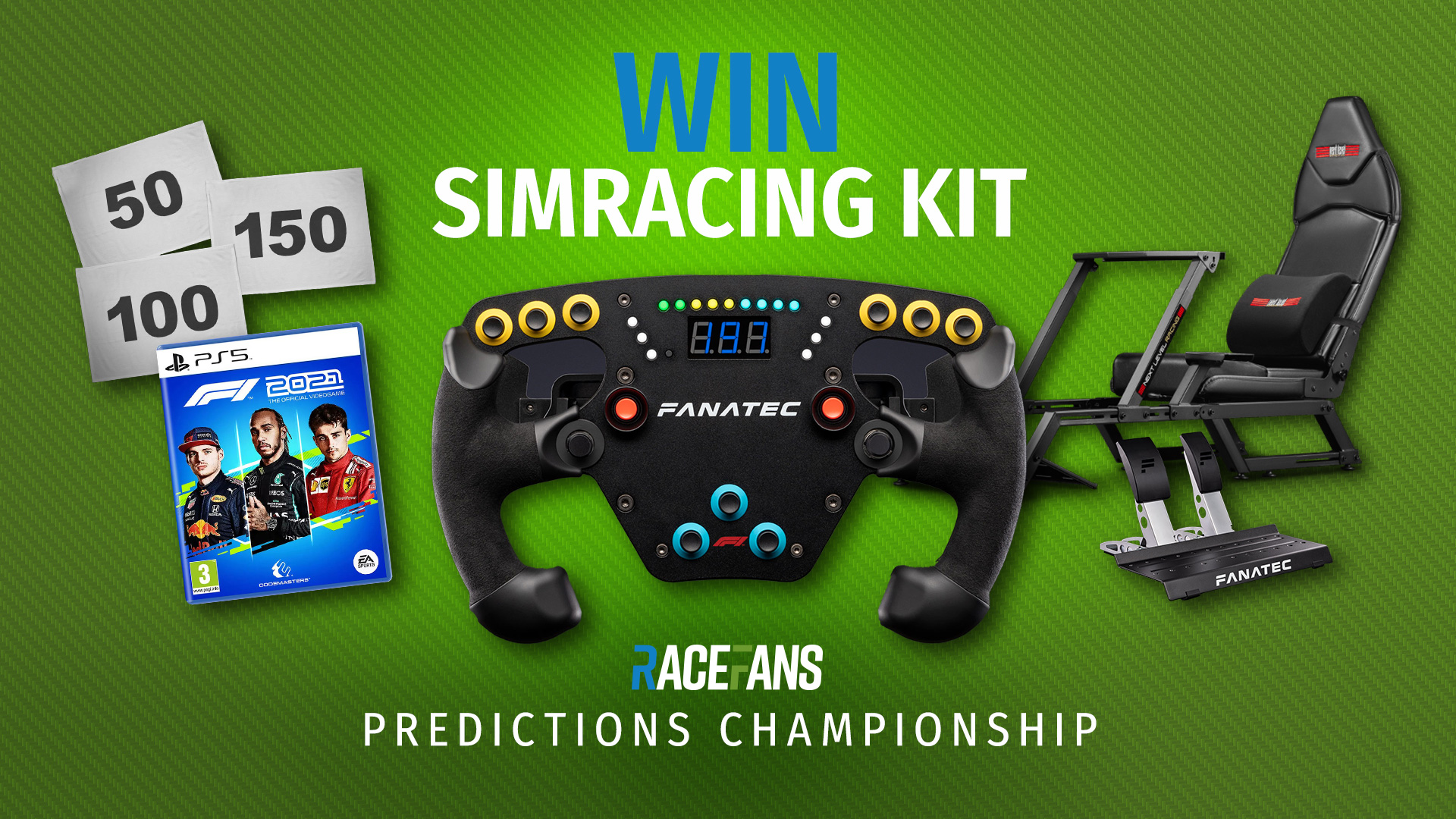 Test your knowledge, understanding and experience of Formula 1, compete with other RaceFans readers – and win some terrific prizes!

Full details of the 2022 RaceFans Predictions Championship prize line-up are coming soon. In the meantime you can began making your entries for the new championship below.

While only one player will claim that prize, we'll also award the top two players in the competition each weekend. Codemasters will provide a copy of F1 2021 for the top scorer each weekend, and the runner up will claim a F1 track signs tea towel set courtesy of BoxBoxBox.

At every round of the championship the top-scoring player will win F1 2021, the latest edition of the official Formula 1 game published by Codemasters, for their choice of platform.

As well as including all the teams and drivers from the new season, F1 2021 introduces Codemasters' new 'Braking Point' storyline mode, which brings narradrive-driven racing back to the series. 'Braking Point' blends on-track action with off-track drama set in the world championship paddock.

F1 2021 also epxands on the features from previous games, including the popular My Team mode as well as Career. Real Season Start allows you to jump into the game at the same stage as the real world championship standings.