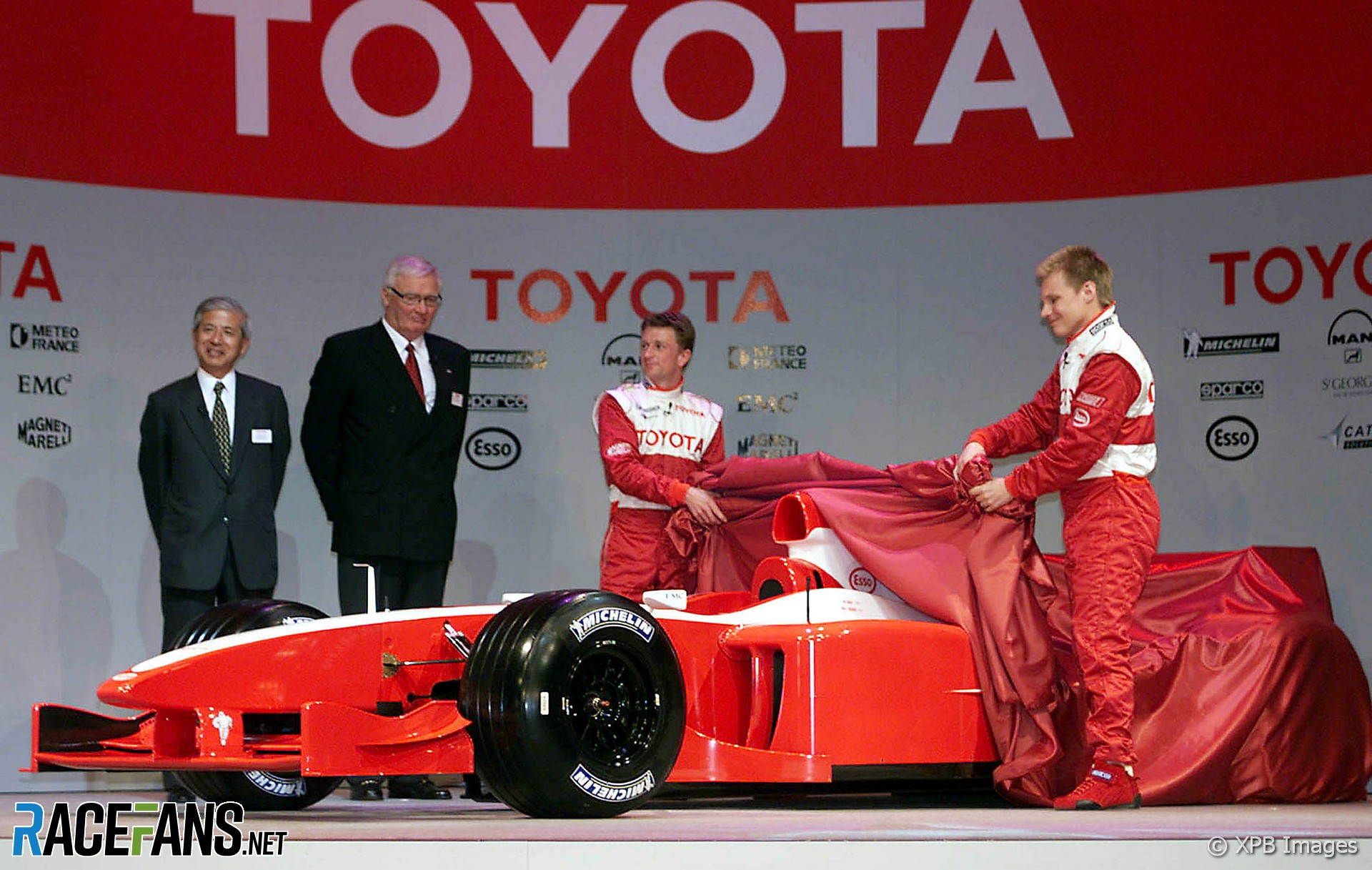 Toyota launched its first Formula 1 car, the TF101, in 2001. However the team never intended to race the car.

It was used as a test machine by Mika Salo and Allan McNish in preparation for the team’s debut in the sport in 2002. Toyota took the TF101 to a series of Formula 1 circuits around the world during 2001 to develop the car ahead of their debut using its successor, the TF102.