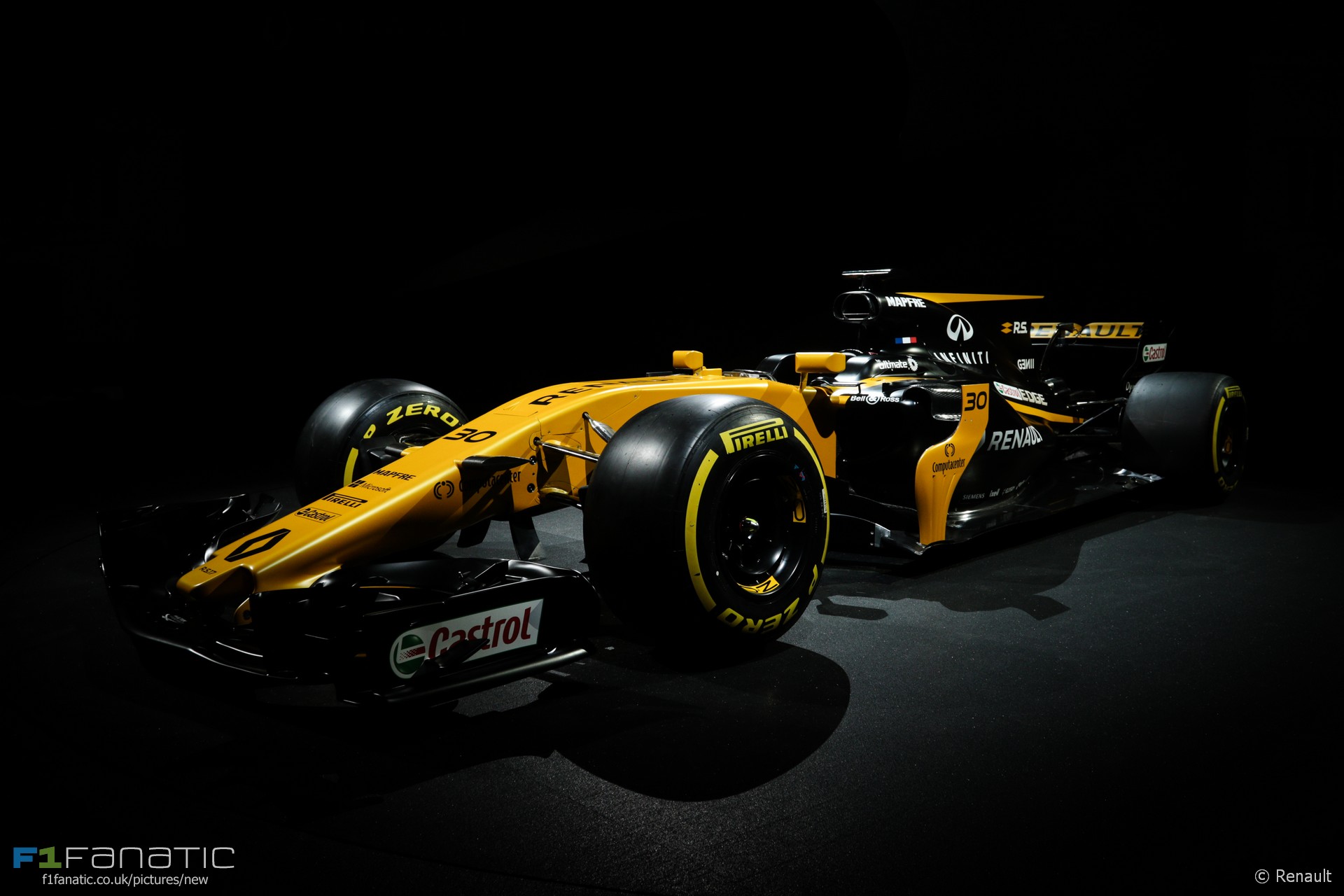 The Renault RS17 made its debut on February 21st in London.

Its predecessor, the RS16, was the first car used by Renault on its return to Formula One as a full constructor. It had been largely designed by the struggling Lotus team at the end of 2015 and saw only modest development work as they team focused its efforts on the 2017 F1 season.

One reason for doing this was the arrival of new technical regulations for the 2017 season. The major change was the introduction of wider wings and tyres, but the relaxing of engine development restrictions also gave Renault a chance to close that gap to Mercedes.

Tellingly, chief technical officer Bob Bell described the RS17 as “a proper Renault Formula One car” and “the first real Renault Formula One car of the modern era”. Sights were set high from the outset. At the car’s launch Renault Sport Racing president Jerome Stroll said the team’s objective was to finish fifth in the constructors’ championship, four places higher than they had in 2016.

The change in regulations allowed the team to approach the car’s design with a “completely fresh concept”, according to Bell. “Everything’s new: suspension, bodywork, internal components, the lot. Even the monocoque is different and that’s primarily because of the packaging work we’ve done with Viry.”

The packaging of the car’s power unit, which had been compromised on the 2016 car, was a key area in which the team could improve. “We’ve been able to come up with efficient packaging around the power unit and the cooling systems and we’ve found what we think is a nice solution,” Bell added.

A further change the team digested during the off-season was a change in fuel and lubricants supplier. BP and Castrol arrived to take the place of Total.