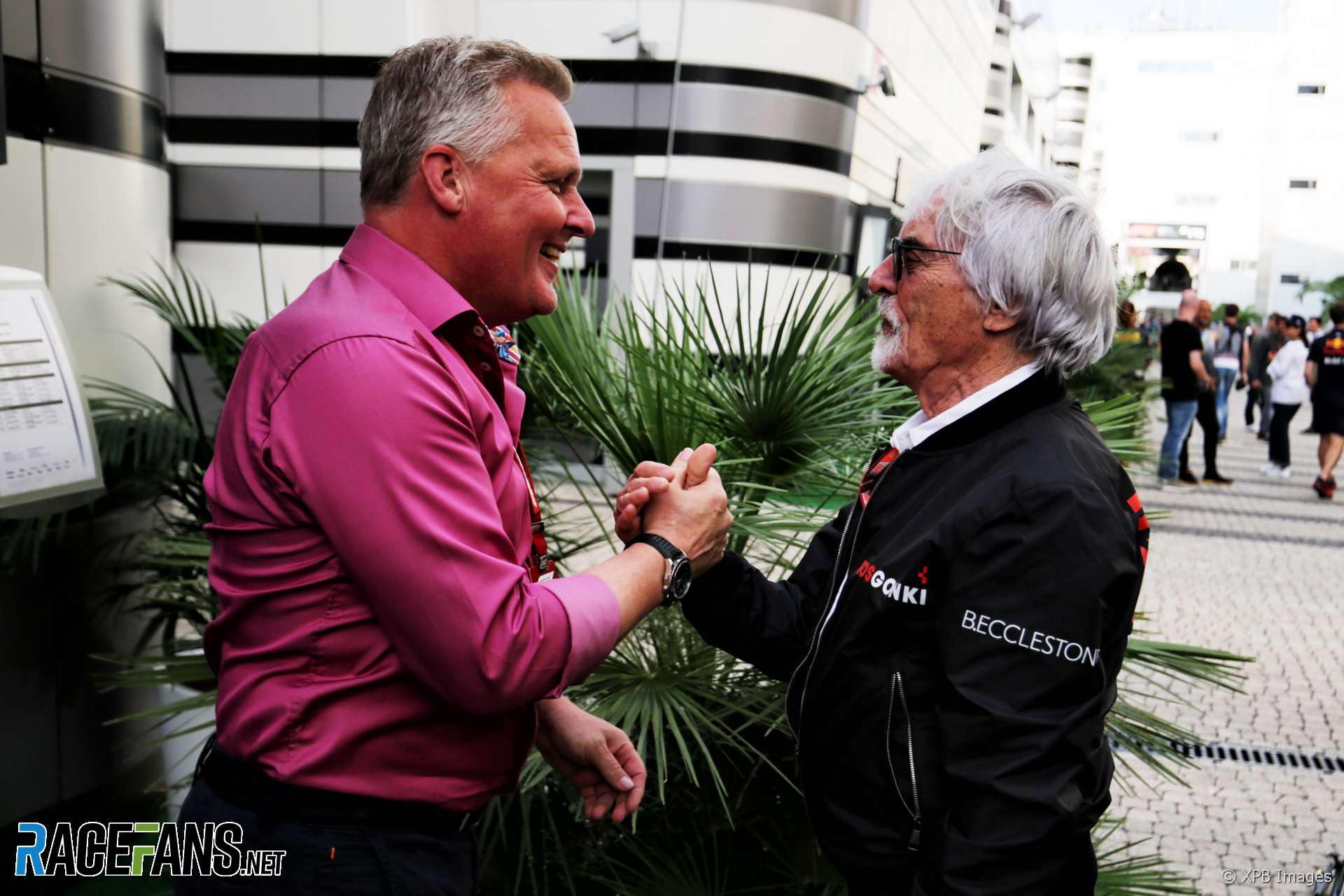 Despite suffering terrible leg injuries in a massive Formula 3000 crash at Brands Hatch in 1998, Johnny Herbert (pictured with Bernie Ecclestone) made his Formula One debut with Benetton the following year and scored a gritty fourth place on his debut, still in severe pain from his injuries.

It wasn’t enough for him to keep his seat in the team until the end of the season, however. Still suffering from his injuries, Herbert was replaced mid-season.

Herbert reappeared at Lotus where the cars were usually uncompetitive. He also took his chance to demonstrate his abilities in sports car racing, sharing victory at the Le Mans 24 Hours in a Mazda 787B with Bertrand Gachot and Volker Weidler.

By 1994 Lotus’s financial situation had become dire. The team went into receivership after the Italian Grand Prix and Herbert’s contract was sold. He returned to Benetton and spent a full season with the team in 1995.

On two occasions that year Herbert’s team mate Michael Schumacher collided with title rival Damon Hill would and both times Herbert was handily placed to claim the victories at Silverstone and Monza. But he quickly discovered that at Benetton information flowed in a single direction – towards Schumacher – and at the end of the year he was dropped again.

Herbert moved to Sauber for 1996 which offered him no more than occasional points and podium finishes. Joining the improving Stewart team in 1999 he took advantage of mixed weather conditions in the European Grand Prix to give the team its first win – and his last. Stewart became Jaguar over the winter and Herbert suffered a frustrating year as the team declined in form.

He left F1 at the end of the year and returned to sportscars where he enjoyed more success, winning the 2002 Sebring 12 Hours and 2004 Le Mans Series with Audi.