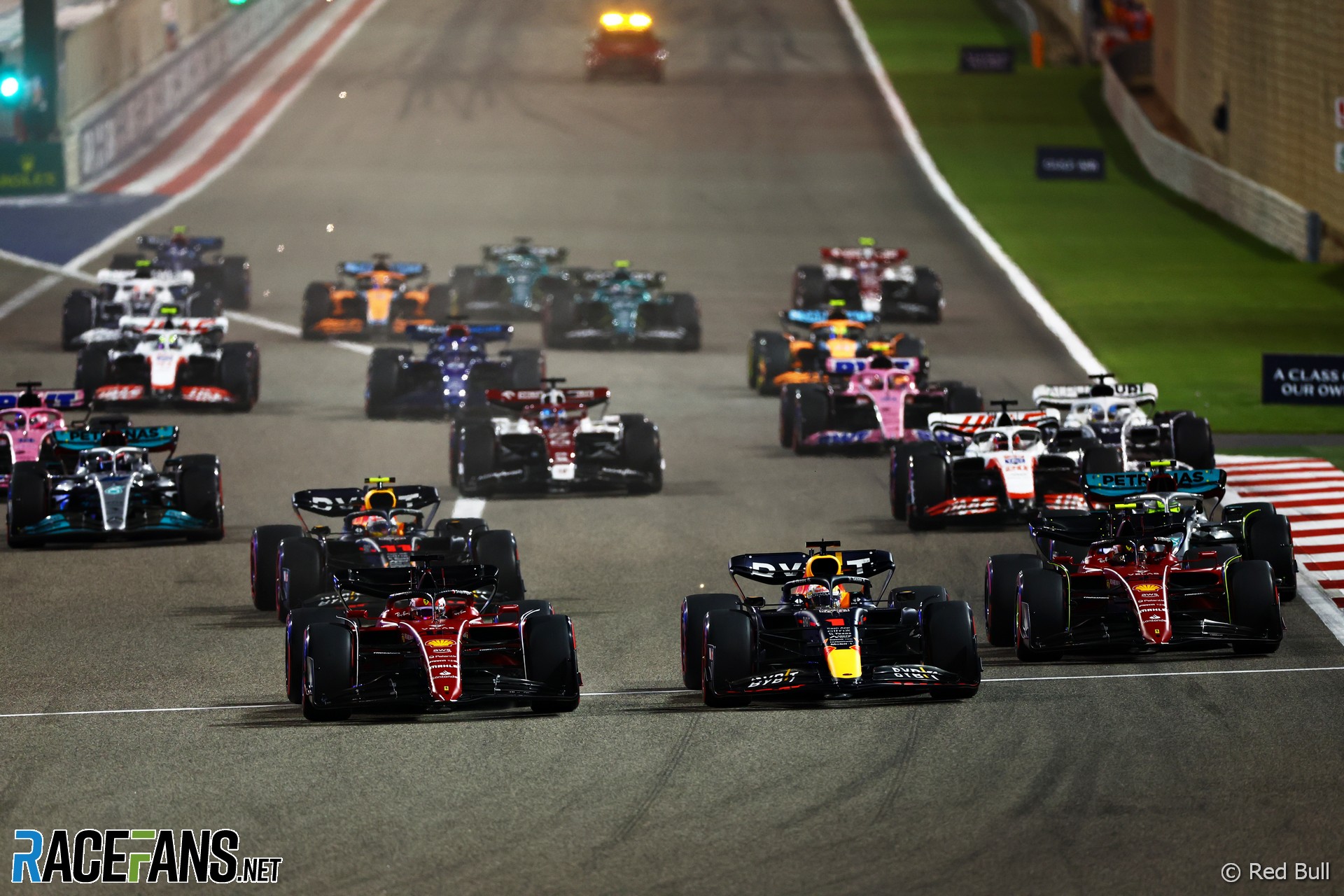 The 2023 grand prix schedule was originally scheduled to include a record-breaking 24 races. The cancellation of one race reduced this to 23, though that remains the most the series has ever held in a single season.

One race which took place in 2022 did not return the following year. This was the French Grand Prix at Paul Ricard, whose contract was not renewed. Doubt was also cast over the futures of the races in Monaco and Belgium, but both returned, though the latter only earned a one-year extension for 2023.

The addition of three events not on the 2022 schedule initially swelled the calendar to its record 24 rounds. However the first of these, the Chinese Grand Prix, which was originally slated for an April return, was cancelled in December due to ongoing concerns over the Covid-19 pandemic.

The Qatar Grand Prix, which first took place in 2021, also returned after a year off. Its absence from the 2022 schedule was due to the FIFA football World Cup taking place the same year.

F1 also added a return to Las Vegas for the first time since the eighties, but at a new circuit instead of the unloved temporary Caesar’s Palace track used in 1981 and 1982. The new Las Vegas Grand Prix will take place on a street track incorporating the famous Las Vegas Strip.

Six of the 23 events will also feature sprint races, an increase from three the year before. F1 has not yet confirmed which rounds will be sprint events.

The dates for the 2022 races announced so far have been added to the RaceFans F1 calendar. This will be updated with session times plus test and car launch dates when further details are issued.

Import the race dates to your preferred calendar here:

Get the latest updates on the Formula 1 calendar

Stay up-to-date with which races are confirmed on the 2023 F1 calendar by following RaceFans on social media: