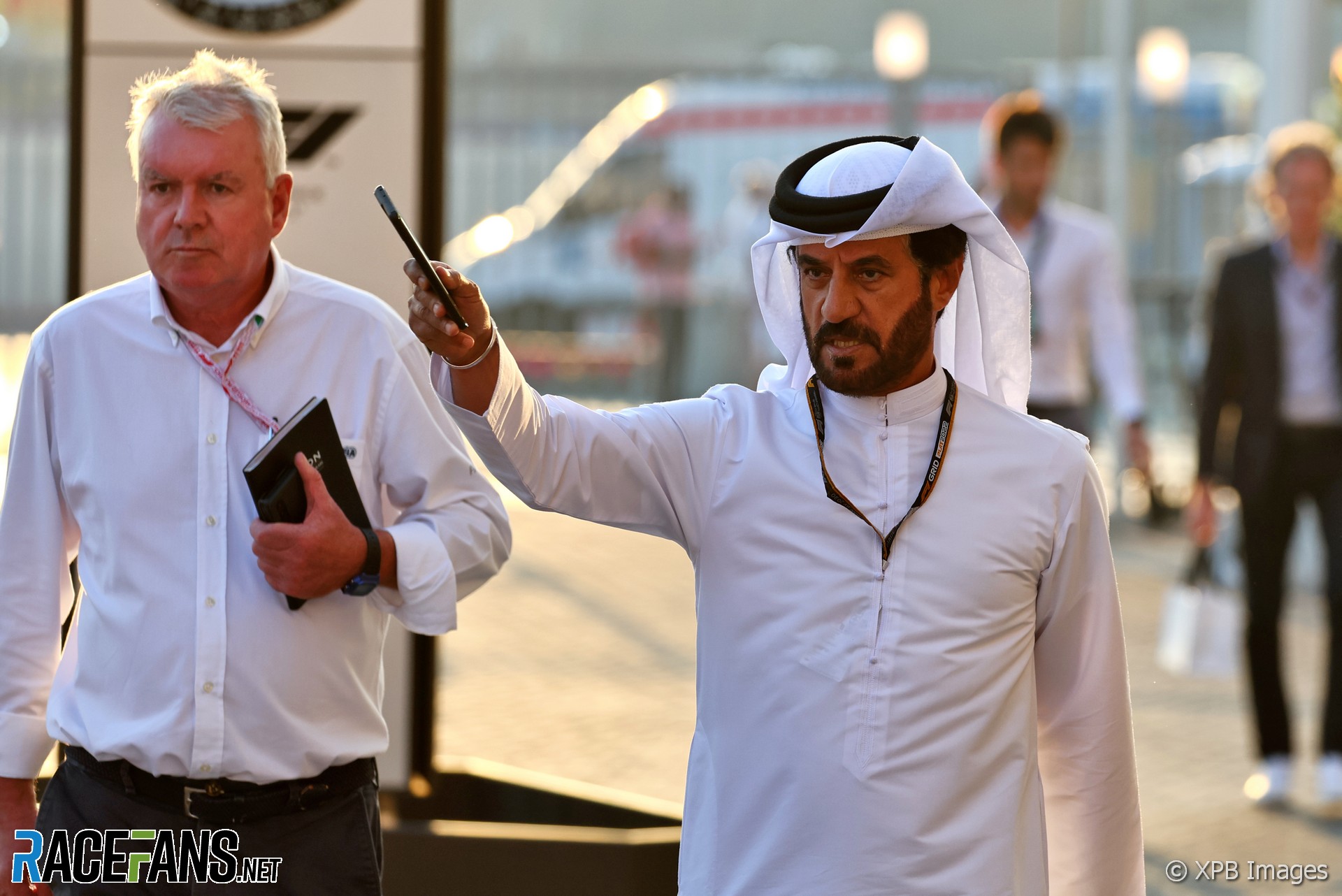 The FIA must “be careful” to ensure it regulates Formula 1 correctly and not allow the sport to become “like WWF”, says its president Mohammed Ben Sulayem.

The governing body has faced criticism over its administration of the championship following a series of controversies. At times there have been tensions between the FIA’s enforcement of its rules and F1’s desire to maximise the spectacle.

The conclusion of the 2021 season was tainted by a row over former FIA race director Michael Masi’s failure to follow the rules during the finale, which influenced the outcome of the championship and led to his departure from the organisation. Other rows erupted during 2022 over decisions taken during races, including the delayed start to the Monaco Grand Prix, the failure to restart the Italian Grand Prix after a Safety Car deployment and the rules confusion which overshadowed this year’s championship-decider in Japan.

Ben Sulayem said administering F1 is always challenging and controversy is an inevitable part of it, but stressed the FIA must enforce the series’ rules correctly.

“Formula 1, it is the pinnacle,” he said in a press conference at the FIA Gala yesterday. “Always you will find controversy in it, you will find the challenge, the teams are up to the limit there. They always want to find the way to go. So it is a challenging… every hour is challenging there.

“And it’s healthy. It’s going so good. But you see us, as the FIA, we should also be careful. There is the side of the money, but the governance has to be right also.”

“What would you end up with? Like wrestling? Like WWF, which has no governance? No, the governance has to be there.”

Ben Sulayem described his first year in charge of the federation has been enjoyable but challenging. “I knew there must be a big challenge in the FIA, improving it, updating it to the new era,” he said. “Now it’s like a telephone, if you don’t update your telephone, you will be behind. Definitely the teams, the technology is going ahead and ahead and we have to be not just up to that, but ahead of that.

“And the regulations, the finance – and the FIA inherited some of the issues from before – and you cannot take decisions without going, digging in and getting all the facts and then going further. One year has been a challenge – I’m not talking about Formula 1 – I’m talking as the FIA as a whole.”

However he stressed that the complexity of motor racing will always make it harder to administer than many other sports.

“The FIA is complex, I say. Why? Because if you look at another game, like football, I mean look at the regulations there. […] There is one goal size, there is one size of a football and there everybody is watching.

“But look at the FIA. I mean, you look at karting, imagine the regulations that goes into it. Imagine all the disciplines, forget Formula 1, go to rallying and others. So every day is a challenge, but an enjoyable challenge.”

During the evening’s trophy presentation ceremony Ben Sulayem addressed the rules confusion at Suzuka this year, insisting the FIA had been incorrectly blamed for the situation.