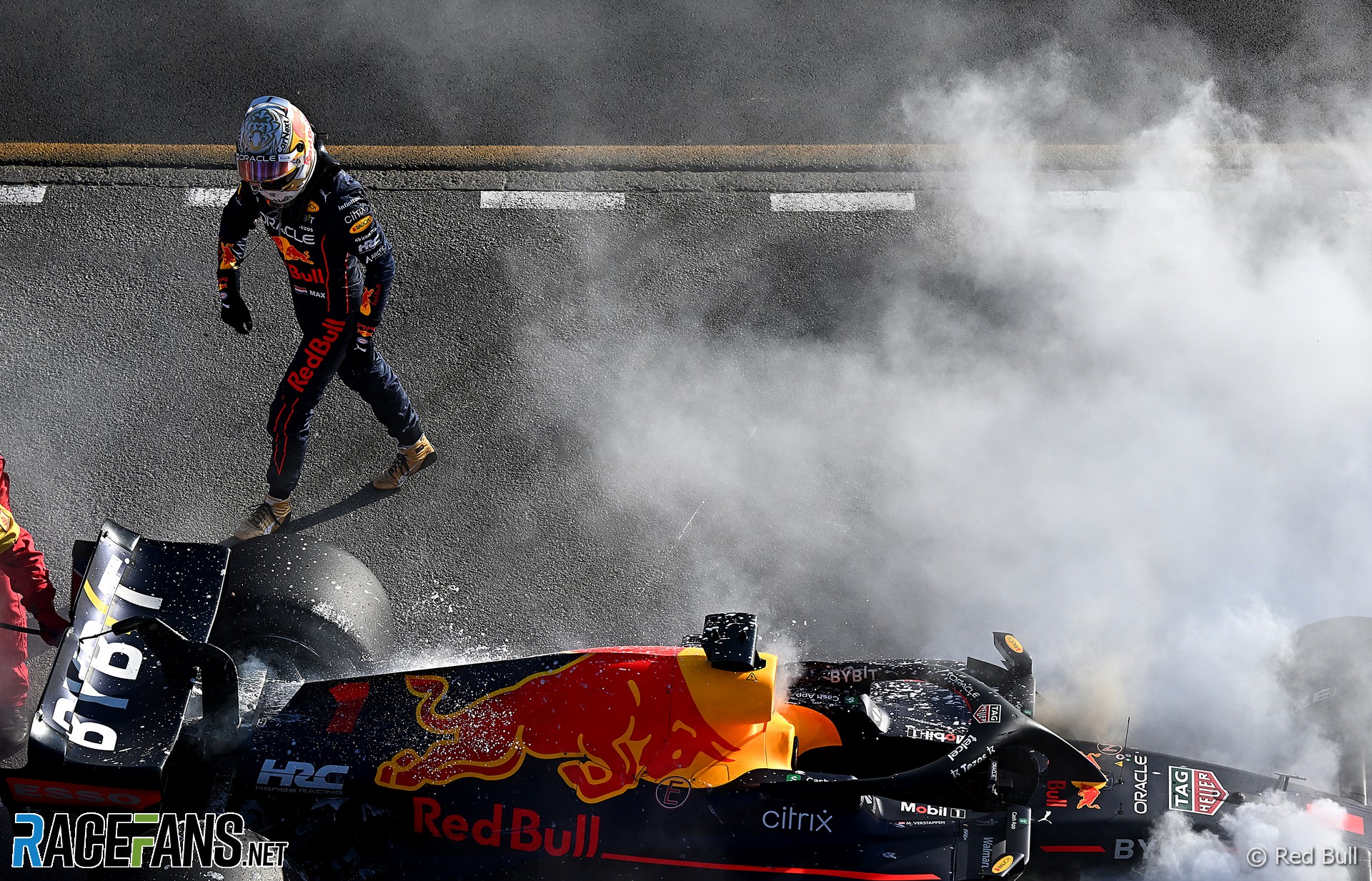 Formula 1 world champion Max Verstappen says he felt he “could not afford any mistakes” to have a chance of defending his title after the opening races of 2022 due to Red Bull’s unreliability.

Speaking at a press conference ahead of this evening’s FIA prizegiving gala, where he will formally receive the world drivers’ championship trophy for the second time, Verstappen admitted his two mechanical retirements over the first three rounds of the left him feeling he had no margin for error over the rest of the season.

“I think you know that when you have to fight for a title, you have to score points, basically every race as much as you can,” Verstappen explained. “That’s why, of course, at the beginning of the year it was very tough to have these DNFs.

“I knew from that point onwards I could not afford any mistake from my side, in case we would have a retirement for whatever reason. So you always tried to be as clean as you can be and try to be as perfect as you can every single weekend. And that’s what I tried to demand for myself every time I jump into the car.”

Red Bull improved the reliability of their car over the season and Verstappen did not suffer another mechanical-related retirement for the remainder of the year. He scored a record 15 wins and comfortably retained his world championship. Verstappen described how the feeling of defending his title compared to taking his first title last year.

“The emotions are very different, but I think they should be different,” he said. “Your whole life you aim for one particular goal and that’s become a world champion in Formula 1. The first one is always very emotional one once you achieve it.

“But this year has been very different. I do think we were more competitive this year and also I think more enjoyable with the way we were performing as a whole team. We won the drivers and the constructors. We had a lot of victories as a team.

“So I would say this one is better and more rewarding, but the first one will always be more emotional.”