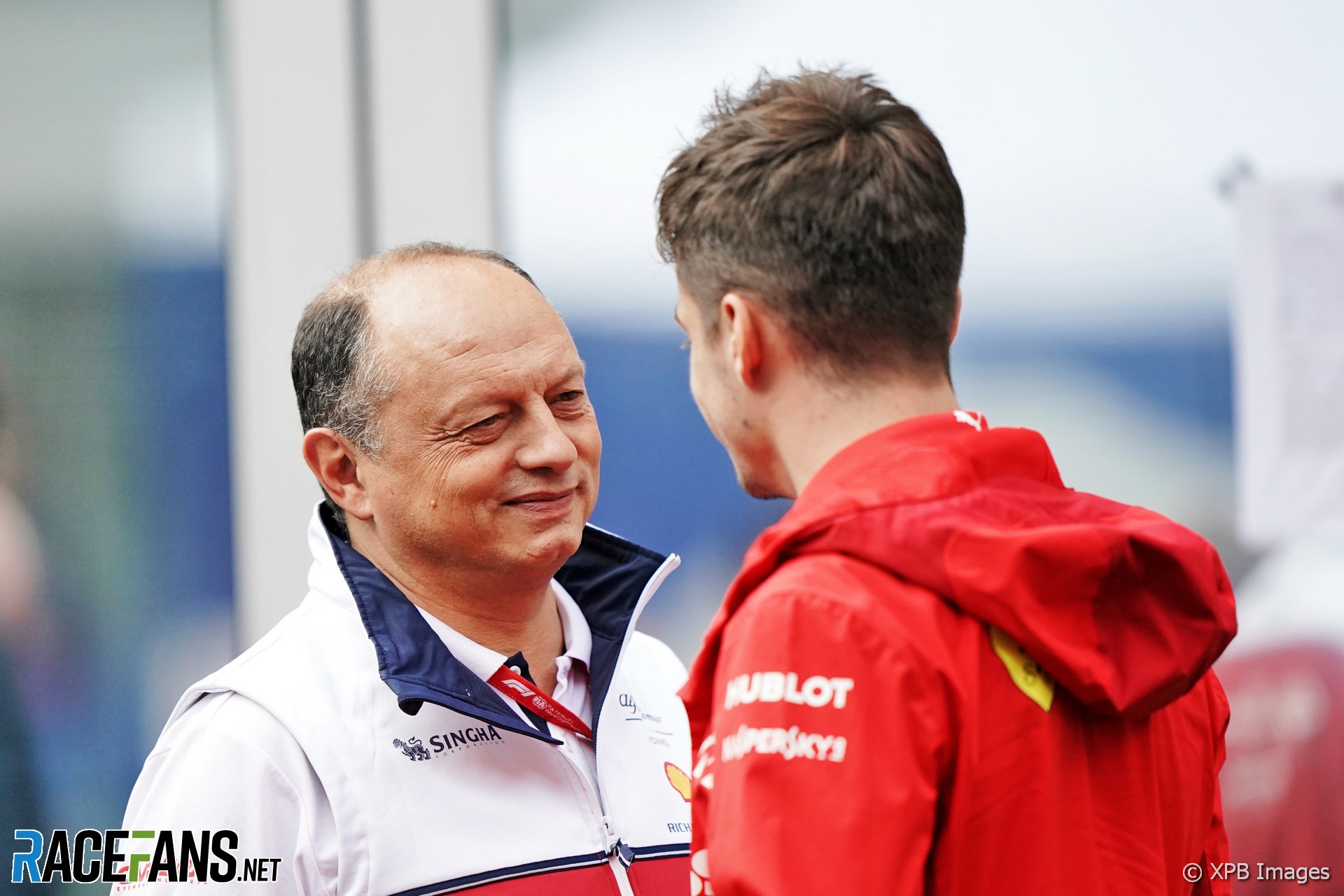 Charles Leclerc says he has “always had a good relationship” with Frederic Vasseur, who has been tipped to take over as Ferrari team principal.

Vasseur has headed up Sauber’s Formula 1 team, currently branded as Alfa Romeo, since 2017. Leclerc drove for the team in his first season as a grand prix driver the following year, before moving to Ferrari.

At the end of last month Ferrari announced Mattia Binotto had decided to step down as team principal. Asked in today’s FIA Gala press conference whether Vasseur would be well suited to take over from him Leclerc said: “Ferrari is a very different team to any other team. I can only comment on my experience with Fred which obviously has been good.

“I’ve been working with Fred already from the junior categories where he has believed in me and we’ve always had a good relationship. But apart from that, obviously this shouldn’t influence any of the other decisions.

“He has always been very straightforward, very honest and this is something that I liked from from Fred. Whether it will be him or not, I don’t know, and we’ll see hopefully in the in the next few months.”

Ferrari chairman John Elkann and CEO Benedetto Vigna will decided who to appoint as the new team principal. Leclerc did not express a view who they should pick. “Obviously it’s also not my decision, John and Benedetto are going to take the decision,” he said.

“We are just trying to focus our job on the simulator with the team in order to have the best racecar possible for next year.”

Leclerc said he respected Binotto’s decision to move on after four years in charge of the team.

“Mattia called me to announce that he will stop,” he said. “I respect his decision and I can only thank him.

“Obviously he has believed in me right from the start. He extended me with a very, very long contract. And before being team principal, he was also inside the scuderia for many, many years and he has contributed to the success that the team had in the in the past years.

“So I wish him the best and obviously now it’s up to us to focus on the future, try and take the right choices in order to be a bit more of a challenge to Red Bull next year.”