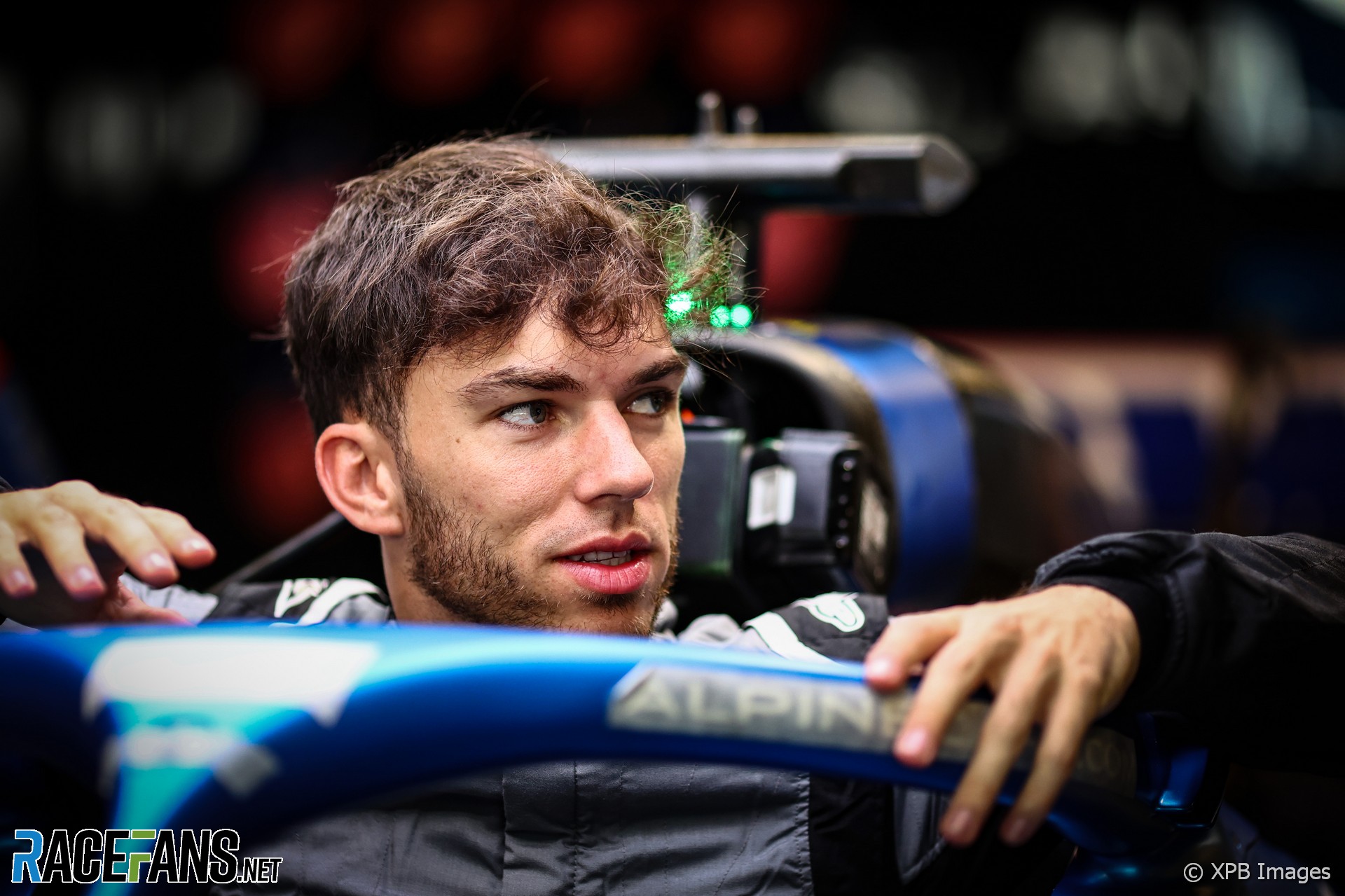 The possibility a Formula 1 driver could reach 12 penalty points and collect an automatic race ban has prompted calls for the rules to be changed. Inevitably, the loudest calls came from those who stand to lose the most.

Foremost among those is Pierre Gasly, who reached 10 penalty points at the Mexican Grand Prix, leaving him just two shy of a ban.

“I really hope we can have a review of the whole system over winter, because I do believe I’m not going to be the only one in trouble if we keep it that way,” he said. “It will be a shame to see four or five racing drivers banned for a race and having a championship with some guys missing out on a race.”

Gasly’s situation is serious because he racked up his 10 penalty points so quickly. Only two drivers before him have come this close to getting an automatic ban: Sebastian Vettel and Daniil Kvyat. Lewis Hamilton temporarily reached 10 points in 2020, though his last two were rescinded within hours of being issued after the stewards reconsidered their decision.

Penalty points expire 12 months after they are given to driver. Vettel and Kvyat did not have to wait long before they were able to deduct penalty points from their licences.

But Gasly will not lose any until May 22nd next year. He will therefore start his first six races as an Alpine driver next year knowing he is at serious risk of a ban (it was seven races until the Chinese Grand Prix was dropped from the 2023 F1 calendar).

No doubt Gasly is anxious to avoid becoming the first F1 driver ever to reach 12 penalty points and collect an automatic ban. He’s already had several scares since reaching 10 after the Mexican Grand Prix. He avoided collecting more points on two occasions in Brazil and Sergio Perez suspects he only dodged a penalty for delaying him in Abu Dhabi because it was the last race of the season.

However Gasly isn’t the only driver saying it would be wrong for him to collect an automatic ban if he collects two more penalty points over the opening six race weekends of 2023. Grand Prix Drivers Association director George Russell came down on his side in Brazil and said he expects the FIA to reconsider the system.

“Conversations have been had and I think the FIA will definitely review the points system this year,” said the Mercedes racer, who believes Gasly’s points have largely been accrued for incidents which didn’t put others at risk and therefore don’t merit a penalty as severe as a ban.

“I think if any driver were to receive a race ban, it needs to be for something pretty damn serious and I definitely don’t put Pierre in the category of a dangerous or reckless driver,” said Russell. “A number of his penalty points have been through non-dangerous driving, as such.

“It would be a shame to see him take a race ban. Even if he were to get those 12 points, I think they need to reconsider it.”

Russell makes a persuasive case that drivers shouldn’t collect penalty points which can add up to bans for track limits offences which arguably endanger no one. Drivers have been arguing this point for years.

Earlier this year Olli Caldwell was banned for a round in Formula 2, which uses the same penalty points system to F1, after accruing 12 penalty points on his licence. The majority of those points were recieved for track limits infringements. When asked by RaceFans, F2 CEO Bruno Michel agreed the ban was “too harsh” and “obviously there’s something wrong with that”.

Aside from the specific issue of track limits, there is a further argument for revising the penalty points rules. When they were introduced to F1 in 2014 the calendar featured 19 grands prix. Next year’s calendar has 23, may yet return to 24, and has a further six sprint races.

The scope for drivers to collect penalty points is therefore considerably greater. Not only are there more opportunities for drivers to rack up 12 points, the addition of sprint races means there is a higher proportion of competitive sessions in which drivers are more likely to be involved in incidents and collect points.

The counterpoint to all these arguments is that drivers should be aware of the rules and avoid breaking them, and that’s reasonable. But as the FIA has established an arbitrary threshold for the number of points a driver may collect over a season, it would be fair to increase as the calendar grows. For example, increasing the threshold to 15 points would arguably be justifiable.

However doing so at this stage would invite the interpretation that the FIA softened its rules only to avoid an F1 driver getting a race ban. That would jar with the ‘rules are rules’ stance it has taken over recent past decisions, such as its refusal to lower its no-less-arbitrary superlicence points threshold to allow IndyCar’s Colton Herta to race in F1.

The FIA’s World Motor Sport Council is due to meet in Bologna today, but is not expected to agree significant changes to how either of these points-based systems affect F1.