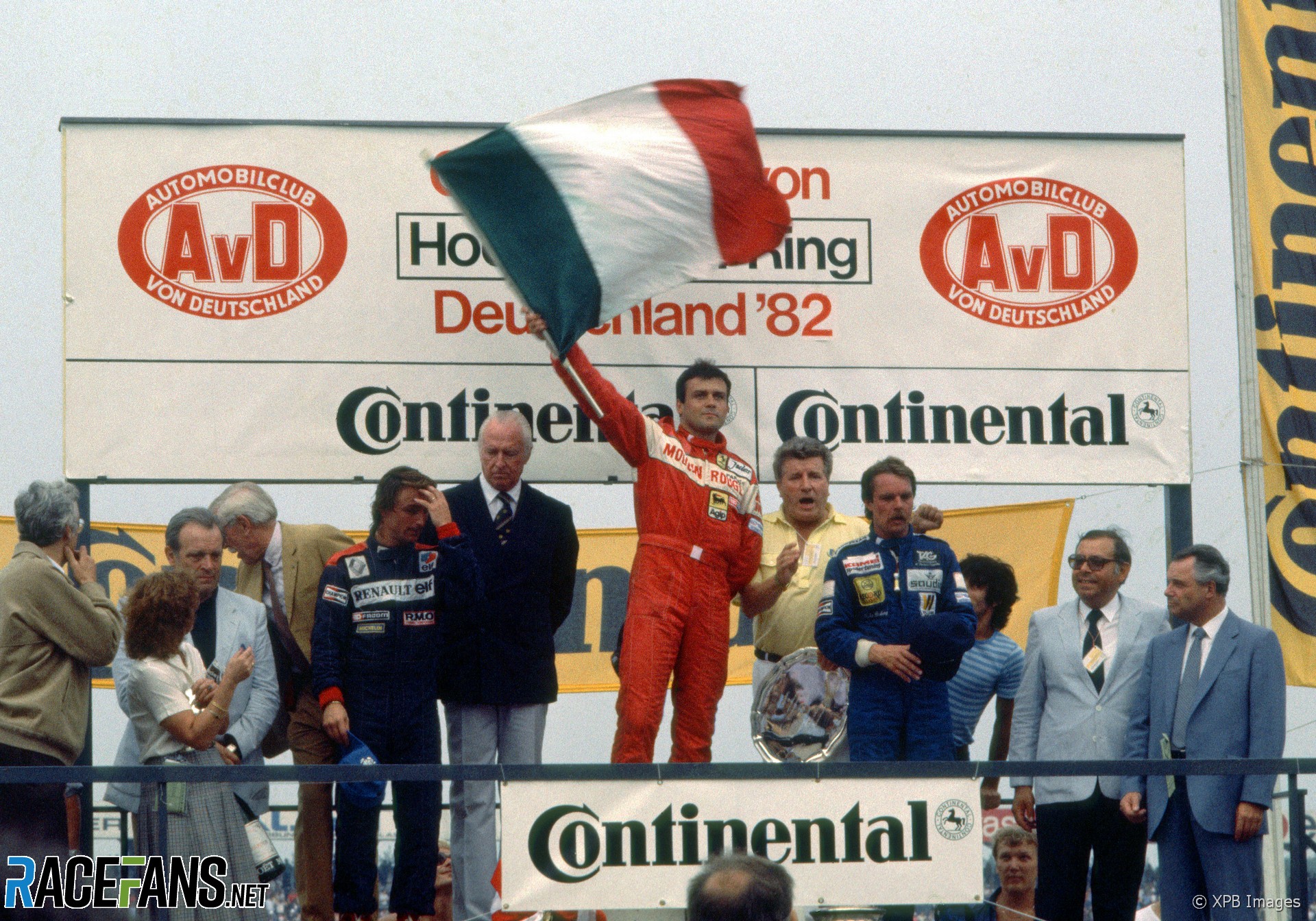 Two-time grand prix winner Patrick Tambay, who replaced Gilles Villeneuve at Ferrari in 1982, has died, his family announced on Sunday.

The French former Formula 1 and sportscar racer Tambay had lived with Parkinson’s disease in the later years of his life but died over the weekend aged 73.

Tambay raced in Formula 1 between 1977 and 1986 in a career that spanned 114 grand prix starts from 123 races entered. After making his early grand prix starts with Surtees and Theodore in 1977, Tambay was signed by McLaren for the 1978 and 1979 seasons before missing out the 1980 season.

Tambay returned to Formula 1 with Theodore for 1981 but disappeared from the grid again in 1982. However, following the sudden death of Ferrari driver Gilles Villeneuve in practice for the 1982 Belgian Grand Prix, Ferrari called in Tambay to step into Villeneuve’s vacant seat.

Four races later, he secured victory in the German Grand Prix and two more podiums, earning a drive alongside fellow Frenchman Rene Arnoux for 1983. Tambay took an emotional second career win at the San Marino Grand Prix in Imola, but was ultimately replaced by Michele Alboreto at Ferrari for 1984.

Tambay moved to Renault for the next two seasons, taking three podium finishes and one pole position. His final season in F1 came with Haas (founded by Carl Haas) in 1986. After his racing career, Tambay picked up a microphone to commentate on Formula 1 for French television.

Formula 1 CEO Stefano Domenicali paid tribute to Tambay upon his death, saying he was “saddened” by news of the former driver’s passing.

“He was a great talent and ambassador for Formula 1 throughout his life,” Domenicali said. “We will all miss him deeply and our thoughts and prayers are with his family and friends at this sad time.”