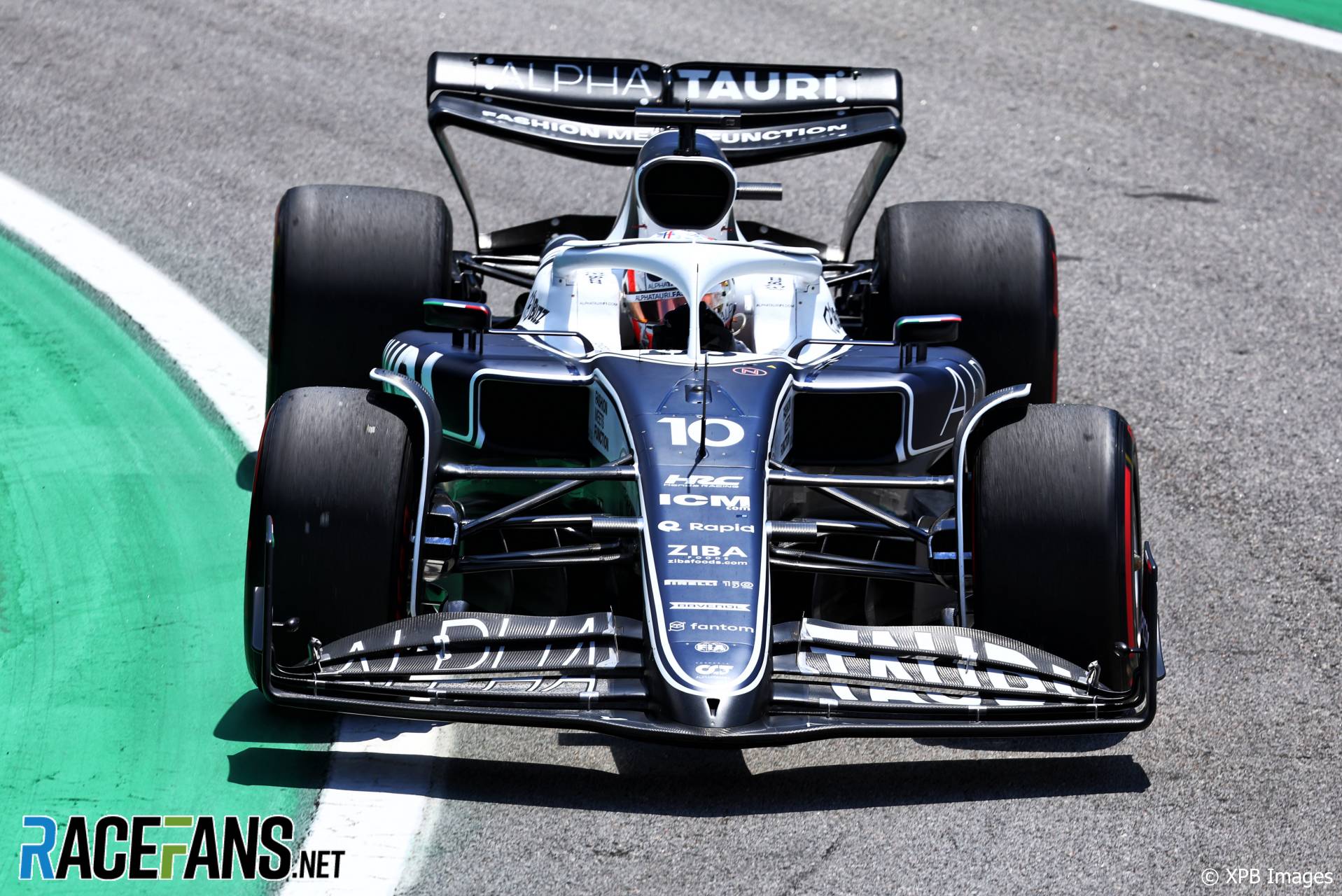 Pierre Gasly says AlphaTauri’s performance has been compromised this year because they have failed to lighten their “massively overweight” car.

“We’ve been like 12 to 13 kilos overweight the whole season and we didn’t manage to cut this down at all,” he told media including RaceFans in Abu Dhabi.

Gasly estimates the additional weight, on top of F1’s minimum limit of 798kg, has cost them around “three and a half tenths per lap,” which he believes prevented them from qualifying inside the top 10 on many occasions.

“The number of times we missed Q3 by a tenth or two, probably I don’t even remember, around like 10 times this season,” he said.

Having finished in the points 15 times last year, Gasly has only done so on six occasions so far this season.

“Carrying all that weight into the race it’s like running with a backpack,” he said. “You start 13, 14 kilos overweight, you just carry them the whole race.

“You have more degradation and you overheat your tyres more, you’re going to have bigger deg[redation on others, slower performance. So it’s just like a snowball effect. I do think the car has potential and definitely not bad, but just been struggling with that for the majority of the season.”

The team’s slump in form came as a particular disappointment to Gasly, who hoped the change in regulations for the 2022 season would make them more competitive.

“It was a tricky year because they were obviously very high expectations coming from last season,” he said. “There was great momentum, there was a change of regulations with the target from F1 to kind of put the field [close] together.

“My hopes to have the best year for AlphaTauri were never as high as they were at the start of the season. I really thought, okay, we have our chances, budget caps are coming in, so we have no reasons not to outperform all the midfield teams.”

An unpromising start to the championship did not immediately concern Gasly. “We didn’t start the year in the best shape but at that time I didn’t really care so much because I knew it will be a race of development through the year.

“I just knew it doesn’t really matter where you start, you just needed to put this development on the car, race after race. And unfortunately we didn’t manage to do that.”

Gasly will begin his final race for the team this weekend before leaving to join Alpine for the 2023 F1 season.