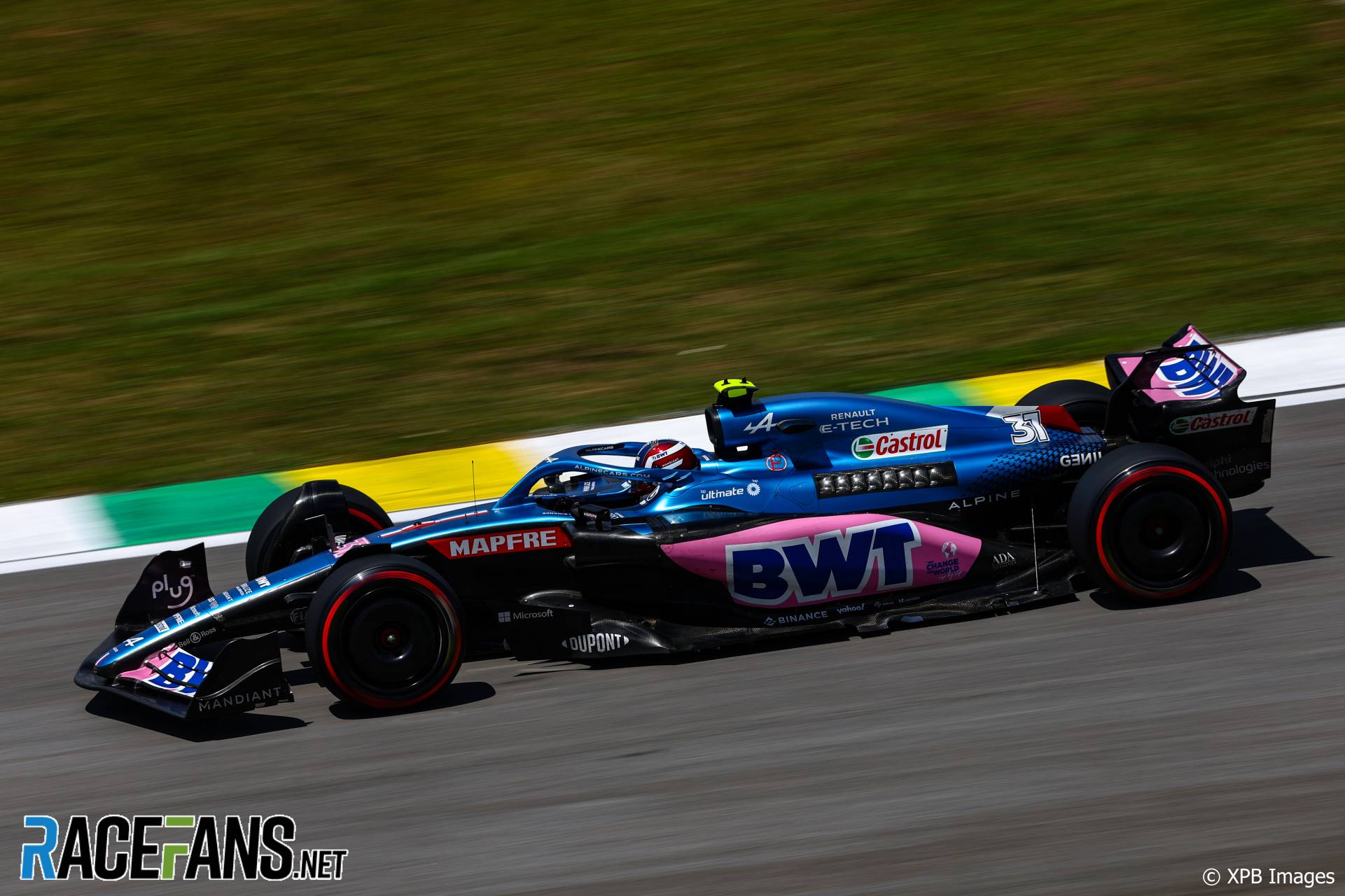 Esteban Ocon set the pace in the final practice session ahead of the sprint race and grand prix at Interlagos.

The Alpine driver hit the top of the table shortly before the halfway point in the hour-long session. The sun returned after yesterday’s rain-hit qualifying session and track temperatures exceeded 50C as the drivers pounded around.

George Russell was quickest to begin with, lapping in 1’14.916 on a set of soft tyres shortly after the session began. That was still good enough for third place when the chequered flag fell.

The only two drivers to beat his time were Sergio Perez and Ocon, both also using the soft tyres. The Alpine driver’s benchmark effort was a 1’14.604, and the entire field lapped within two seconds off it.

That included Williams junior driver Logan Sargeant, who took over Alexander Albon’s car for the session as he continues his pursuit of every superlicence point available in order to ensure he can race for the team next year. Unlike in Mexico he successfully covered the necessary 100 kilometres to add another point to his haul.

Behind Ocon, Perez and Russell their respective team mates followed in the same order: Fernando Alonso followed by Max Verstappen and Lewis Hamilton. While the Alpine drivers avoided the hard tyres, neither of the Red Bull or Mercedes drivers touched the medium compound during the session.

Pierre Gasly took seventh for AlphaTauri, whose drivers spent the first 10 minutes of the session in the pits. He was followed by the Haas pair, who will start this afternoon’s sprint race from opposite ends of the grid. Mick Schumacher came eighth ahead of surprise pole-winner Kevin Magnussen. The top 10 was completed by Lando Norris.

Both Ferrari drivers found themselves in the bottom half of the times as practice ended. Carlos Sainz Jnr was 11th, separated from team mate Charles Leclerc by Yuki Tsunoda, the trio among five drivers who all lapped in 1’15.8.

Nicholas Latifi took 16th for Williams after a brief off at Juncao. He understeered off onto the grass but was able to continue without any further drama.