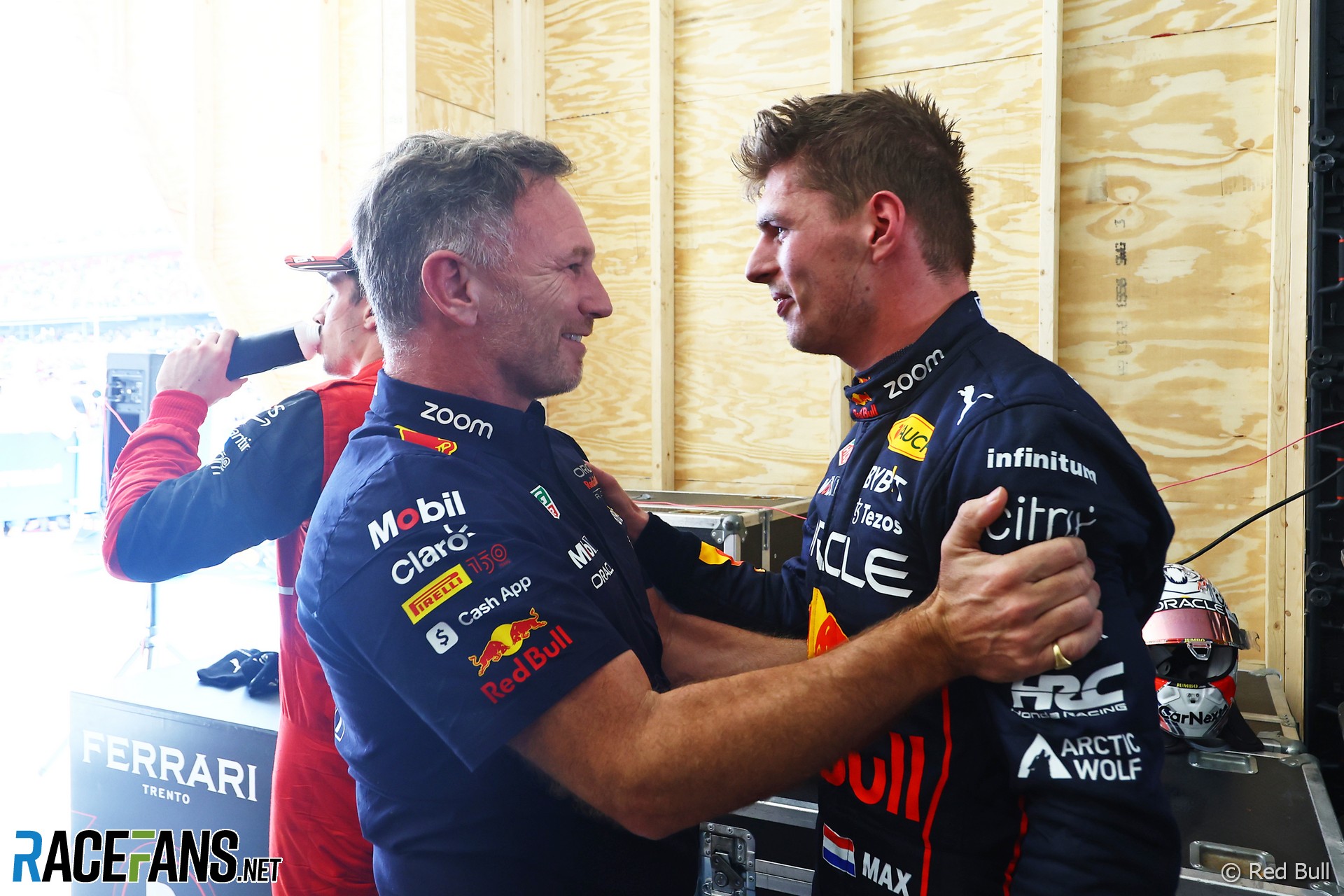 Max Verstappen hasn’t been given the credit he deserves for his “very special” performance in 2022, Red Bull team principal Christian Horner believes.

The driver clinched his second world championship at Suzuka last month with four races remaining. He set a new record for most wins in a season last weekend and has two more opportunities to raise it higher still over the final rounds.

But Horner believes people are too slow to praise his driver. “What we’re seeing today and this year, we are actually witnessing something very special,” he told media including RaceFans after Verstappen’s 14th win of the year in Sunday’s Mexican Grand Prix.

“I sometimes think that his achievements perhaps don’t receive the plaudits that they should, because I think actually what we’ve witnessed this year is an absolutely outstanding performance driver that’s very much at the top of his game.”

Verstappen’s win on Sunday was his eighth in the last nine races. Red Bull has become increasingly dominant as the season has gone on, but Horner said Verstappen has often had to fight his way to victory this year.

“He’s won the most grands prix in a year now within [20] races. On top of that, he’s won two sprint races. And he’s not won all of them from pole position. He’s had to fight and race for a lot of those victories.

“So I think when we look back at the end of the year, it is an absolutely outstanding year that Max has driven. He hasn’t put a lot of wheels wrong, he’s been perfect throughout the season and it’s incredible the level of consistency that he’s been able to achieve.”

The record for most wins in a season was previously held by Sebastian Vettel, who achieved it when he won his fourth consecutive drivers championship at Red Bull in 2013. Horner said the team “can be incredibly proud” to have had two such successful drivers in their cars.

“There’s a lot of people that are sitting around the engineering office and the garage and obviously back at the factory that are all the same people that did that with Sebastian that are doing it again with Max.”