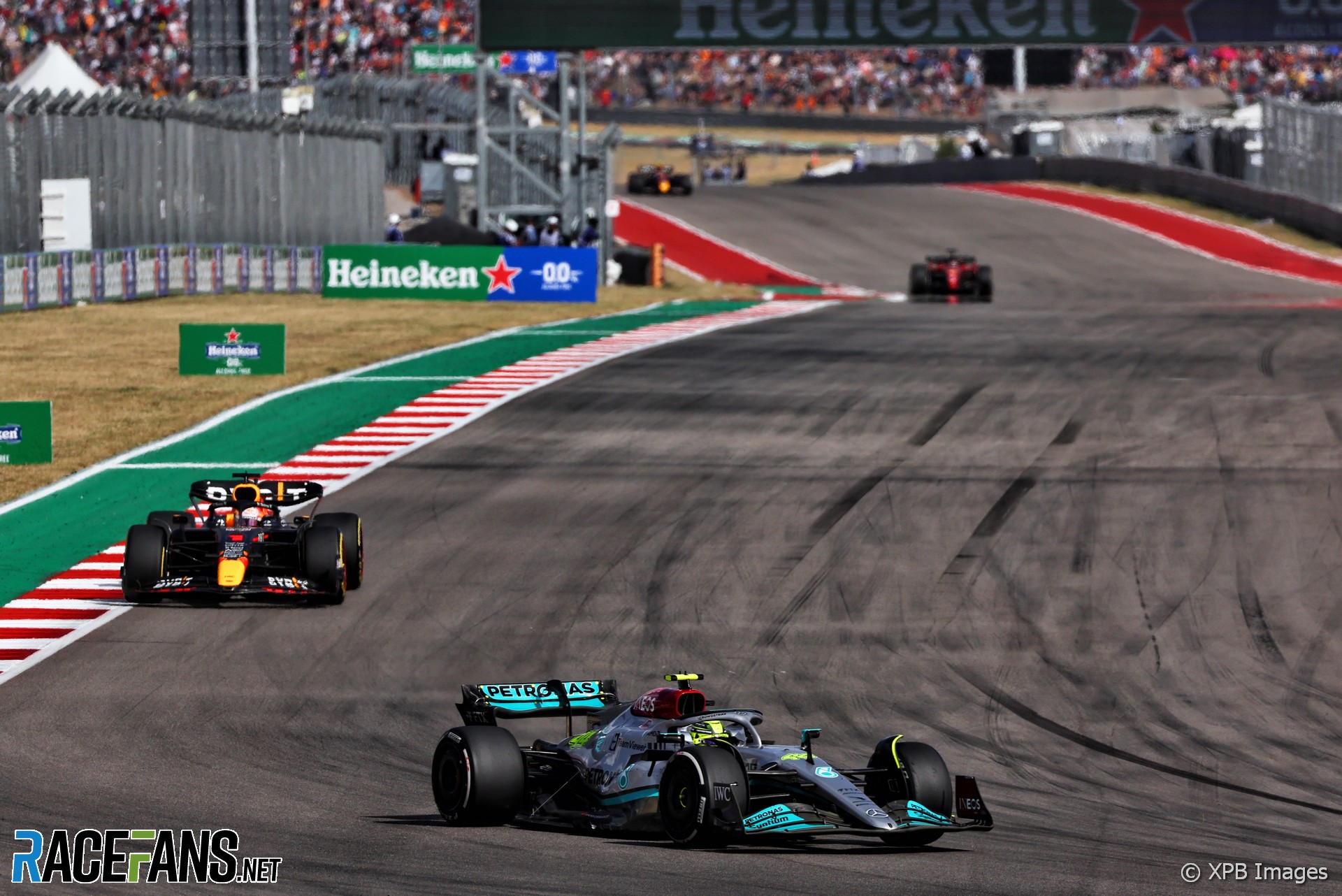 Lewis Hamilton did not miss a chance to win the United States Grand Prix because he couldn’t match Max Verstappen’s tyre choice for the final stint, Mercedes believe.

Having taken the lead when Verstappen was delayed by a slow pit stop, Hamilton saw his victory prospects slip away when the Red Bull driver passed him with six laps to go.

Verstappen left the pits following his final stop on the medium tyre compound, six seconds behind Hamilton on hard tyres. After passing Charles Leclerc, Verstappen closed on Hamilton, took the lead and won the race by over five seconds.

Hamilton queries the team’s choice of tyre compound for the final stint during the race. While Verstappen had a second set of mediums available, Hamilton did not.

Mercedes’ motorsport strategy director James Vowles explained their tyre strategy in a video released by the team. “The decision for what tyres we have in the race actually stems all the way back to the week before the race,” he said.

“In our case, what we’d highlighted is we thought the hard tyre, between the medium and the hard, would be the more useful compound. It certainly was the year prior and we thought the soft – as really turned out to be the case as well – would be too weak in the race.

“We made that decision before the race weekend started and part of the complication that you have is that you have to have enough soft tyres in qualifying to be able to get through successfully against the balance of enough race tyres to have a successful race.”

Using hard tyres for the final stint did not cost Hamilton a chance to win the race, Vowles believes. “I don’t think so, I think we have evidence from stint one of the race where we have both Lewis and Verstappen on that medium tyre – he pulled five seconds relative to us and in fact we started to fall off the degradation curve at the end of that stint.

“Our car simply on the day wasn’t quite on the pace he needed it to and the hard tyre whilst it was worse at the beginning of the stint actually provided quite a good sensible long stint against the medium. I think the truth is that we had a good shot at trying to win the race, we benefitted from a few circumstances that put us ahead but it wasn’t really the tyre choice that would have made the difference.”

Hamilton, the most successful driver in Formula 1 history, is yet to win a race in 2022 and now has three second place finishes to his name this season following his runner-up spot at Circuit of the Americas. There are three more opportunities this year for Mercedes to win a grand prix.