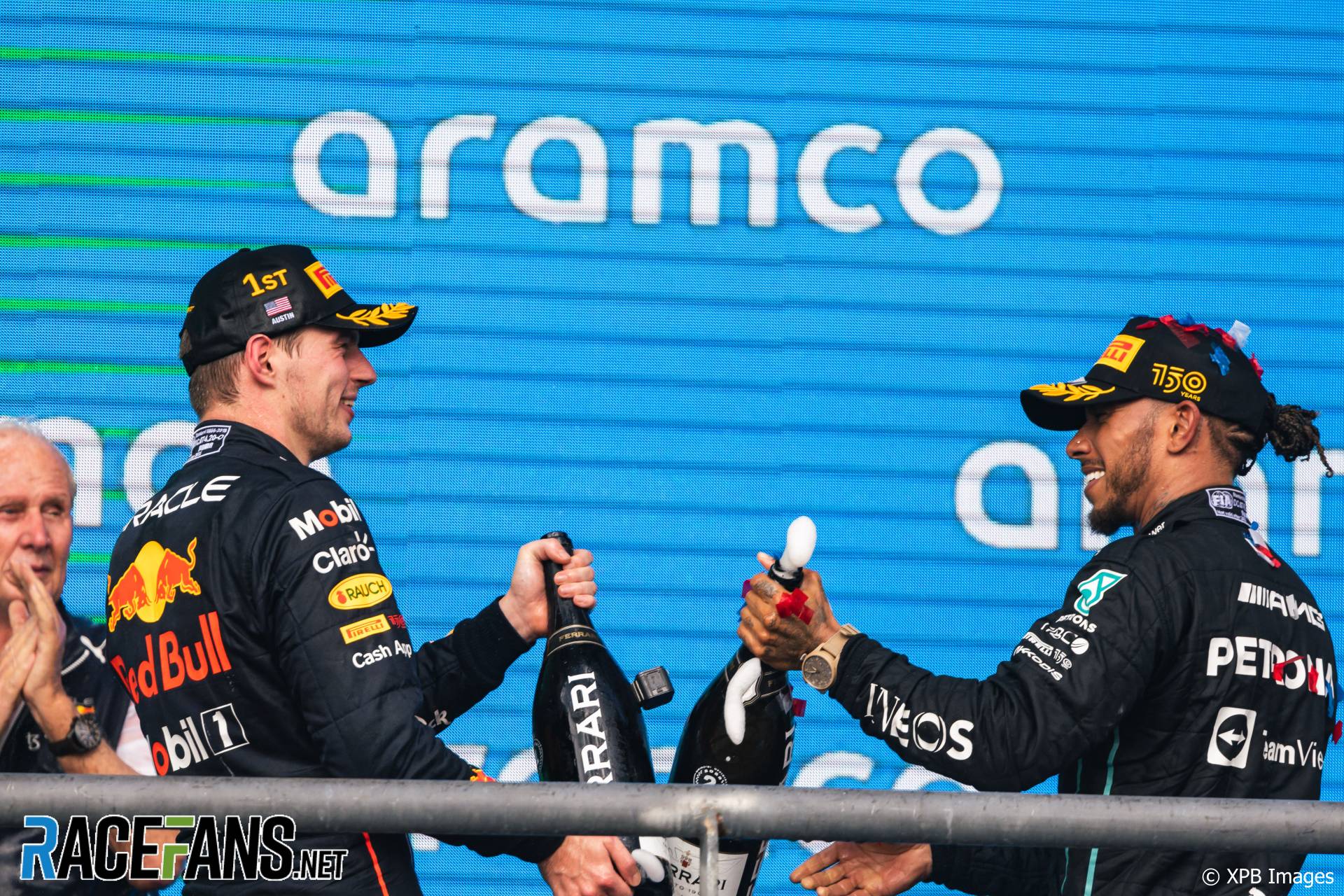 Lewis Hamilton says it’s unlikely Mercedes will end their win-less streak before the end of the season after yesterday’s defeat in the United States Grand Prix.

He ran second for most of yesterday’s race and took the lead for nine laps after Max Verstappen lost time with a slow pit stop. But the Red Bull driver was easily able to pass him and pulled away over the final six laps to win by five seconds.

Hamilton said Mercedes “really need to be realistic” about their chances of winning. “The Red Bull car has been the fastest car by far all year and it is still the fastest car.”

He was promoted from fifth in qualifying to third on the grid as Charles Leclerc and Sergio Perez had grid penalties due to power unit parts changes. Hamilton gained another place when team mate George Russell collided with Carlos Sainz Jnr’s Ferrari at the start.

He expects Ferrari and Red Bull will retain the upper hand over the remaining races.

“Today it was great to have started third and being in a position to fight. But out of true pace they’ve been ahead of us all weekend and they were today and they will be the next three races.

“So unless something drastic happens to any more of them, for example, then it’s highly unlikely that we will have the true pace to be able to compete with them. But we’ll give it everything we’ve got. We’re working on making a car that can fight with them.”

He praised his Mercedes pit crew after they capitalised on a slow tyre change for Verstappen to take the lead.

“Today shows that our teamwork was fantastic,” he said. “I think as a team we operated amazing.

“He had an 11-second stop and he was behind Charles, that just shows how much pace they have in hand to have got past Charles and caught up the six-seconds and pull three-seconds ahead of me at least, that shows some serious speed. But there’s lots of positives as I said.”