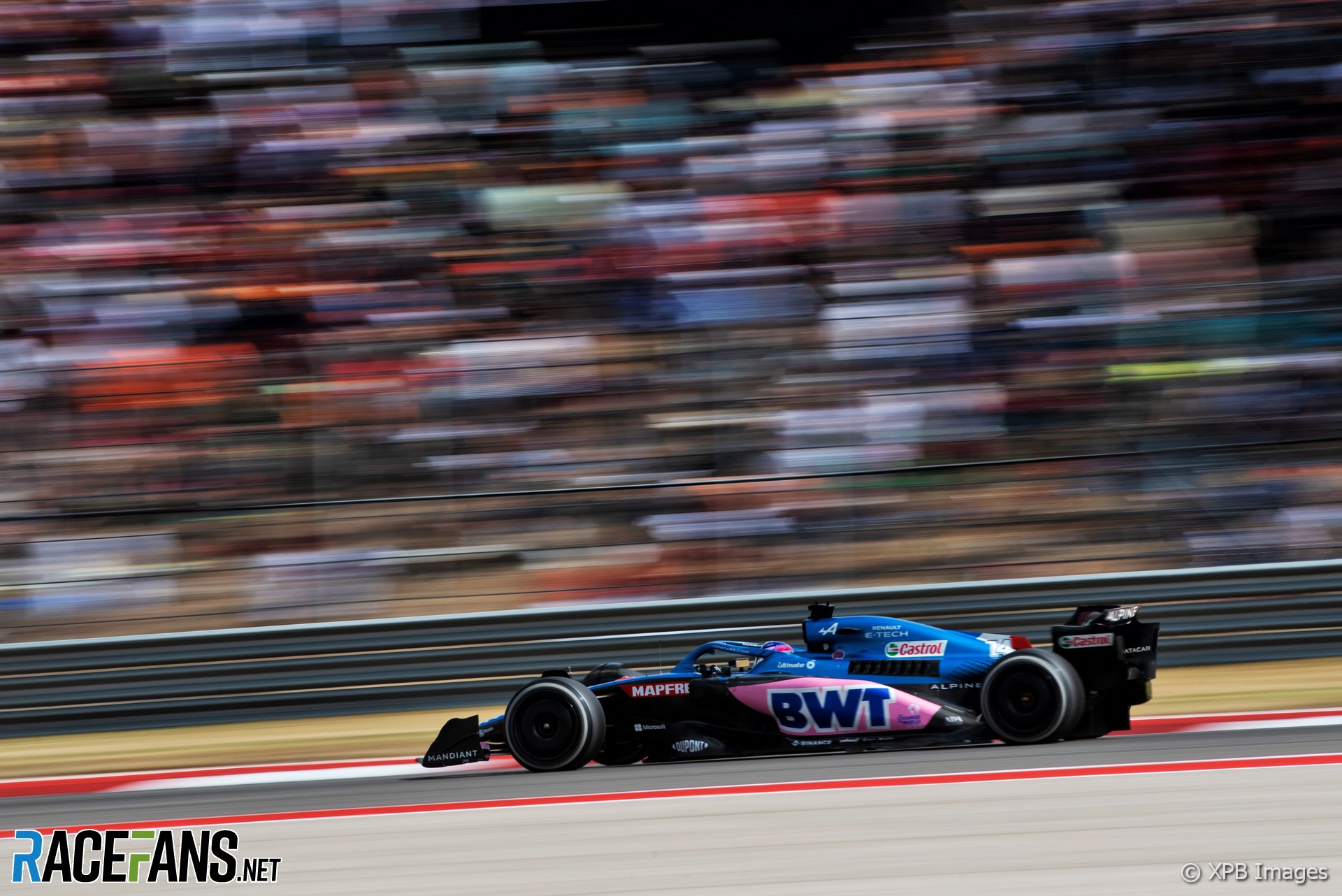 Alpine has launched a protest of its own in a bid to overturn the penalty which cost Fernando Alonso a points finish in the United States Grand Prix.

The stewards gave Alonso a 10-second stop and go penalty, converted post-race to a 30-second time penalty, ruling the team ran his car in an unsafe condition when one of his mirrors worked loose and fell off. The mirror was dislodged when Alonso collided with Lance Stroll earlier in the race, and fell off 38 minutes later.

Alonso originally finished the race in seventh place. His penalty, which came about following a protest by Haas, dropped him to 15th.

Alpine confirmed in a statement they intend to challenge the penalty on the grounds of its admissibility. They pointed out the stewards accepted Haas’s protest despite it having been submitted 24 minutes too late.

The stewards acknowledged this in announcing Alonso’s penalty, stating they “determined that the compliance with the deadline was not possible in this case.” Article 13.3.5 of the International Sporting Code allows for this, stating protests must be submitted “no later than 30 minutes after the publication of the Provisional Classification, except […] in circumstances where the stewards consider that compliance with the 30-minute deadline would be impossible.”

Alpine also questioned the penalty on other points, but did not indicate these will form part of their protest. They noted the FIA chose not to use the black-and-orange flag to force Alonso to pit and said the FIA technical delegate Jo Bauer determined the car was legal after the race.

The team acted fairly and deemed the car remained structurally safe as a result of Fernando’s incident with Lance Stroll on lap 22 of the race with the right-side rear view wing mirror detaching from the chassis as a result of accident damage caused by Stroll.

The FIA has the right to black and orange flag a car during the race if they consider it unsafe and, on this occasion, they assessed the car and decided not to action the flag. Moreover, after the race, the FIA technical delegate considered the car legal.

The team also believes due to the protest being lodged 24 minutes past the specified deadline, it should not have been accepted and therefore the penalty should be considered as invalid.

As a result of this point, the team has protested the admissibility of the original Haas F1 Team protest.