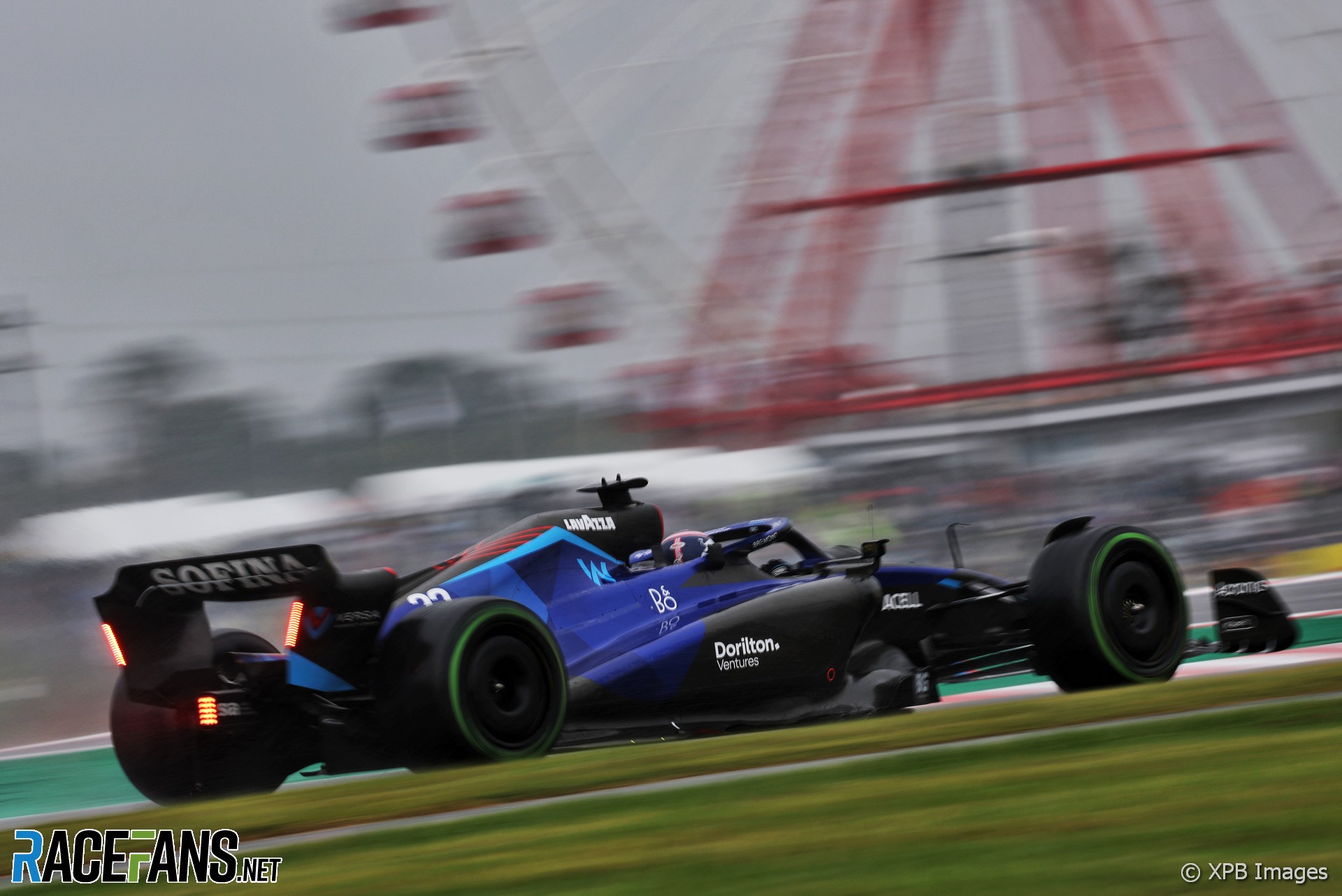 Williams, one of two Formula 1 teams yet to confirm their 2023 driver line-up, are looking for “someone who will push” Alexander Albon.

Last month the team announced it will not retain Nicholas Latifi when his third season at Williams ends in four races’ time. Latifi has scored three times in 57 races to date, and in qualifying has only been the faster Williams driver on five occasion.

He outqualified one-time team mate Jack Aitken in 2020, and took 35 attempts before he bettered George Russell in a qualifying session. Russell contributed almost 70% of the points Williams scored in their two seasons as team mates.

Latifi has twice beaten F1 returnee Albon in qualifying this year, although the first time Albon failed to set a lap due to a brake fire. Nyck de Vries started and finished ahead of Latifi while substituting for the sidelined Albon at the Italian Grand Prix.

Williams’ head of vehicle performance Dave Robson outlined what the team is expecting from its new 2023 hiring. “We need someone who will push Alex along and will be fighting with him every race,” he said.

“Ideally someone who is after similar traits from the car. We’ll see where we go. But all we want to do is have two competitive cars pushing each other into Q2, Q3 and beyond.”

De Vries reached Q2 on his debut and was considered for a seat in 2023, having impressed with his performance there and in a practice session earlier in the season. But he chose to join AlphaTauri for his first full season in F1.

In the first practice session for the next round at Circuit of the Americas, Latifi will lend his car to Formula 2 racer Logan Sargeant, a Williams junior and the leading candidate to replace him for next year should he score the necessary points for a FIA superlicence.

Albon has been described as having “a very positive input on the team”, and Williams are seeking an equal to partner their lead points scorer of this season.

“It was a shame to lose George and all of the input that he’d had but Alex has jumped in, he’s got experience of what quick cars feel like and he’s fitted in very well,” Robson added.

“And he strikes that right balance as well, I think, between understanding what’s possible, but at the same time pushing and motivating everybody. So he’s a great influence and he works hard and really pushes us along.

“In terms of what they’re trying to achieve, then yes, of course, they [Albon and Russell] are very similar, similarly motivated and they want to achieve the same thing. In terms of their personality traits, then they’re quite different.

“Alex, I think can come across as being very quiet and mild-mannered, and very friendly. And he is, but at the same time he is pushing hard. So I think the way their enthusiasm manifests itself is a little bit different and inevitably, that takes a little bit of time to get used to and as we understand each other. There’s enough similarities there that Alex can push us along and pick up where George left off.”