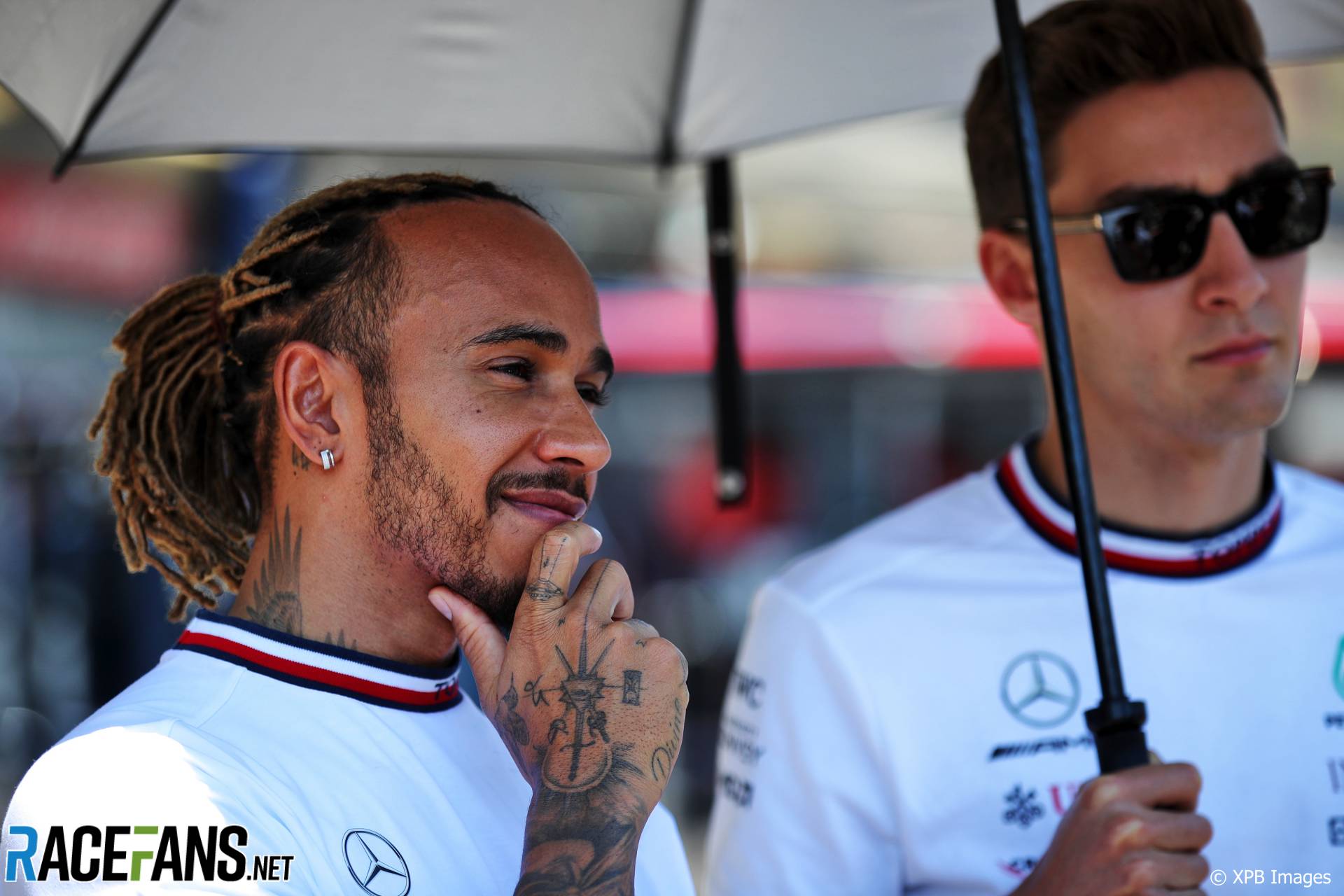 Mercedes’ technical director Mike Elliott says Lewis Hamilton is still pushing the team on as hard as ever despite their lacklustre 2022 campaign.

Seven-times world champion Hamilton has been at Mercedes since 2013 and won all but one of his titles with the team.

But Mercedes faces its first season without scoring a win since 2011 if it fails to take a victory in any of the four remaining races. After eight successive years as constructors’ champions, the team are already ruled out of successfully defending their crown with four grands prix to go.

Hamilton and new team mate George Russell mathematically hold a chance of finishing the season as runner-up. However their best chances to win a race this year may have already passed.

Nonetheless Elliott says “both our drivers have been brilliant” despite the team’s unexpected slump in performance. “We’ve not given them the car that they need to fight and particularly for Lewis, seven-times world champion, to not have been in that position, to be winning races every weekend and fighting for championships has been hard.”

Their lack of success in 2022 has made no noticeable difference to Hamilton’s approach, says Elliott. “Lewis pushes the team. He does a really good job of giving us feedback. He works really hard.

“His work ethic has not changed at all this year. He’s here late in the evenings, working with us, trying to get the most from the car and I think that’s just an encouragement to everybody else in the team to see the input he’s putting in.”

Hamilton has also been rallying the troops at the team’s Brackley base. “Lewis also spoke to the factory probably nearly two weeks ago, stood up and spoke to them and he was brilliant,” Elliott explained.

“I guess what you expect from a character like Lewis: properly leading, properly bringing energy to the team. I think that’s what we need going into a difficult winter.”

Elliott also praised Russell’s contribution in his first season since his promotion from Williams. “He’s working really hard with the team,” he said.

“What’s been really nice has been to see him grow,” he said. “You sit down next to a seven-times world champion at the table and bringing your contributions has got to be tough at the beginning but I think George has had a big part to play in the team and I think he’s doing a really good job.”