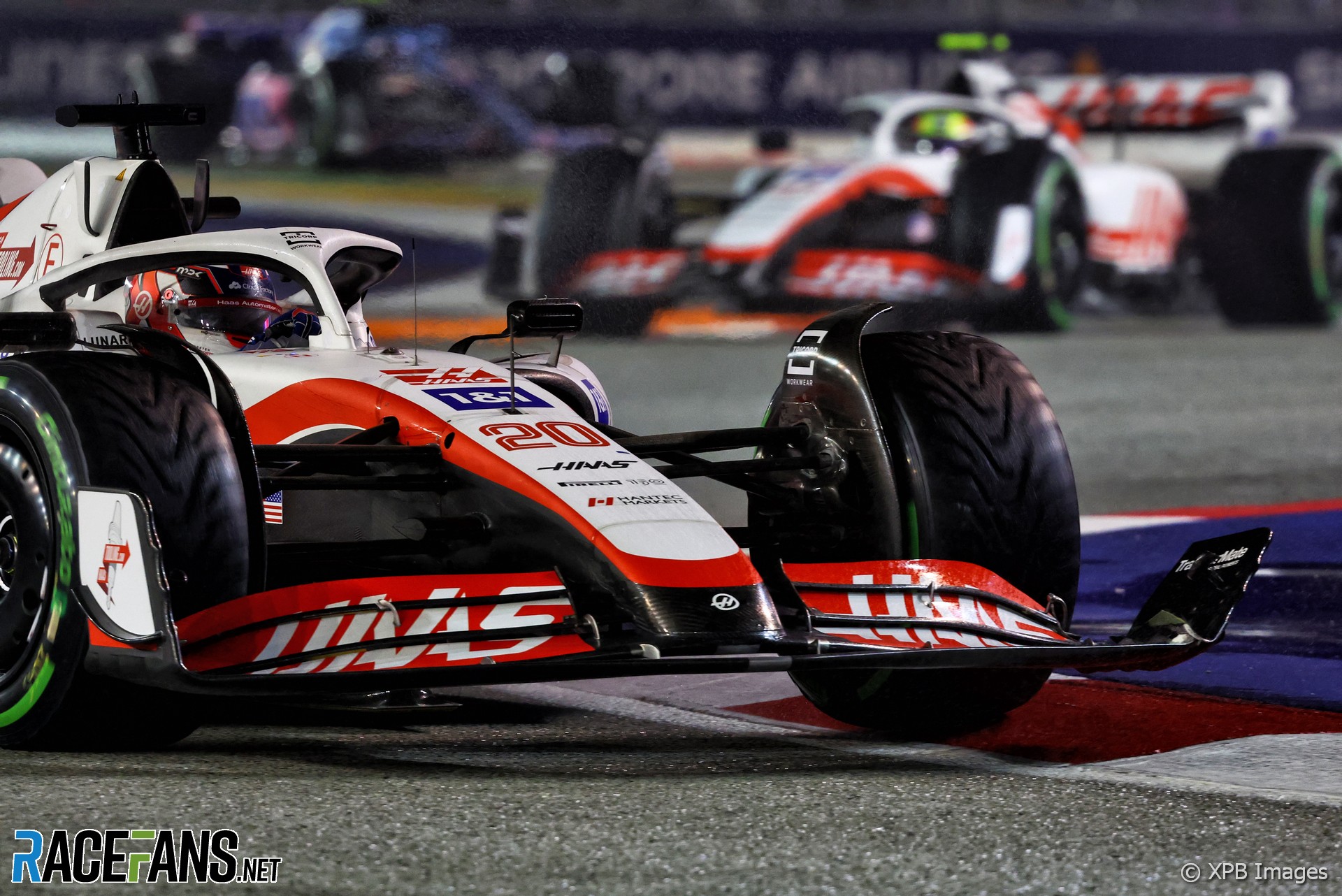 Haas insist there was “no need” for Kevin Magnussen to be shown the black-and-orange flag for the third time this year in yesterday’s Singapore Grand Prix.

The flag, which ordinarily does not appear often in F1, forces drivers to pit in order have a problem with their car addressed. Magnussen had been shown it twice already this year in the Canadian and Hungarian rounds prior to yesterday’s race.

Race control displayed the flag to Magnussen for a third time when he picked up front wing damage at the start of yesterday’s race. Magnussen had to pit from 12th place on lap six, dropping him to last, from where he finished outside of the points.

On all three occasions a front wing endplate was the damaged part in question. Magnussen has repeatedly said insisted it is unnecessary to force a driver to replace their front wing to make a minor repair.

“I had very slight damage but it was nothing,” he said after yesterday’s race. “I got the black-and-orange flag which to me seems unnecessary as the part wasn’t about to fall off, there were no safety concerns as it has tethers to the car – it wasn’t even moving.

“We finished P12 when we had an extra pit stop that I didn’t need, so it’s frustrating.”

Team principal Guenther Steiner said the team has previously told the FIA that there is no need to use the black-and-orange in such situations.

“It was a disappointing race as we could’ve scored points here realistically, without dreaming of them,” he said.

“The incident on lap one with Kevin, we lost all positions and again we received a black-and-orange flag, now for the third time, when there is no need for it. We have made it very clear to the FIA on the past two occasions and it’s just like you have your back against the wall.”