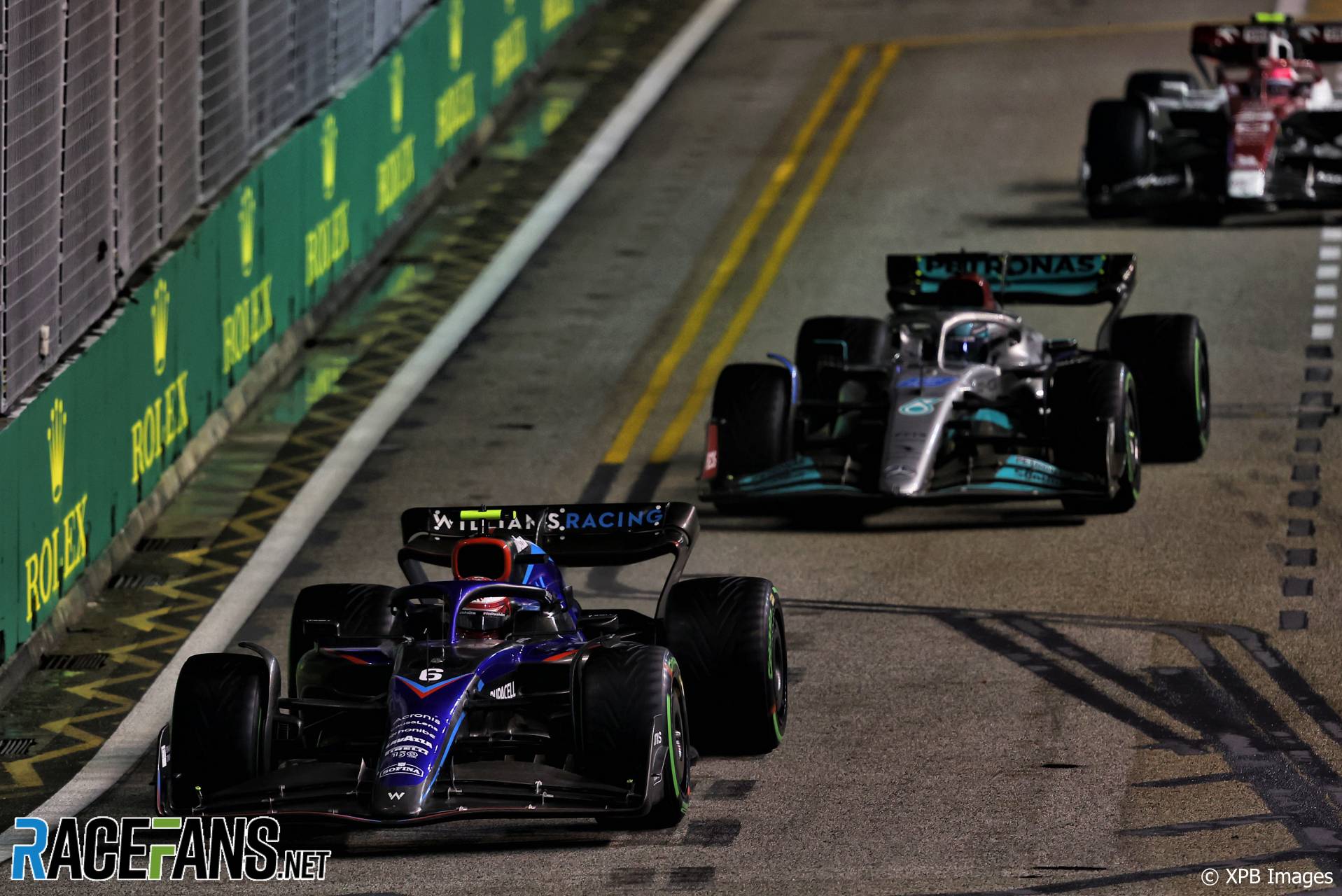 Nicholas Latifi has been given a five-place grid penalty for the next race after the stewards held him responsible for a collision with Zhou Guanyu.

The pair tangled at turn five on lap seven while fighting over 18th place. The stewards ruled Zhou was entitled to be left space by Latifi, but the Williams driver caused contact between them.

“The stewards reviewed the video evidence and determined that Latifi was predominantly to blame for the collision,” they noted. “Zhou was attempting to overtake Latifi on a straight approaching turn five and had sufficient room, taking the normal racing line.

“Latifi pulled to the left, not leaving one car width to Zhou and resulting in significant contact between the cars.”

Both drivers retired as a result of the collision. Latifi’s five-place penalty will be applied at next weekend’s Japanese Grand Prix at Suzuka.

The stewards also applied two penalty points to Latifi’s licence. It puts him on a total of three for the current 12-month period.

Latifi said he didn’t realise Zhou was alongside him when they tangled. “From the previous corner I had looked in the mirrors to see where Zhou Guanyu was,” he explained. “I didn’t see he was there, so I took my normal approach for the racing line on the following corner.

“I don’t know if he was in a blind spot of the car where the mirror can’t pick up. Unfortunately, he was there and in hindsight I needed to leave more room, but I can only go off what I can see in the mirrors.”

He returned to the pits after the collision but wasn’t able to continue. “The aim was to see the chequered flag and learn from the experience with it being my first race here, however the incident caused suspension damage which forced us to retire the car,” he said.