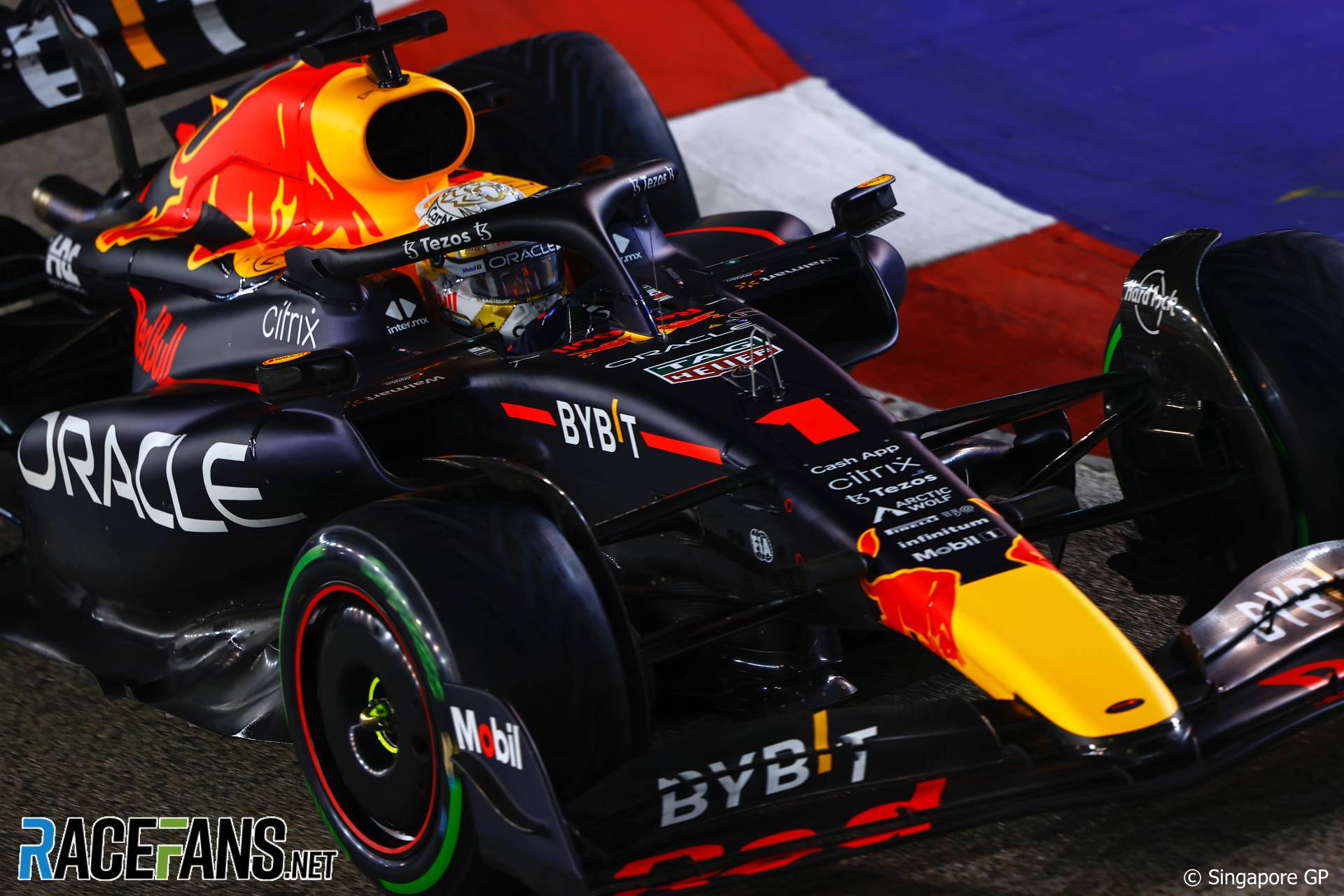 Max Verstappen says the fuel miscalculation by his Red Bull team that forced him to abandon an almost certain pole lap is “never acceptable”.

The world championship leader – who has a slim chance of clinching his second world title tomorrow – will start from eighth on the grid for tomorrow’s Singapore Grand Prix. He looked on course to clinch pole position on his final lap of qualifying as he was almost a second faster than eventual pole winner Charles Leclerc through two sectors before his team told him to abandon his lap.

Verstappen was furious on the radio after being called into the pits, demanding an explanation for why he had to abandon his lap. He had also backed off from his penultimate lap in the final sector under instruction from his team. This was done in order to give himself more space on the track to Pierre Gasly ahead of him, and allow Verstappen to complete a final flying lap when the track conditions were at their best.

Asked by Sky whether he believed he would have been on pole position had he not abandoned his final lap, Verstappen said he “already felt [that] the lap before as well”.

“Then they told me to abort,” Verstappen explained, “so I was like ‘okay, we’ll do that’. But then on the final lap they told me to box and then I realised what was going to happen – we ran out of fuel.”

Verstappen was the first to queue at the pit lane just under a minute before the green light came on at the end of the pit lane to signal the start of Q3. He remained on track for the entire session on his soft tyres, completing a total of eight laps on his fuel load before he was called in on his final lap.

“Even if you under-fuel it or when you don’t plan to do that sixth lap, then at least you track that throughout the session that you’re not going to make it. We should have seen that way earlier.

“So [I’m] not happy at all at the moment. I know, of course, it’s always a team effort and I can make mistakes and the team can make mistakes, but it’s never acceptable. Of course you learn from it, but this is really bad, to be honest. It shouldn’t happen.”

Verstappen will start tomorrow’s race from eighth on the grid. Despite having won from seventh, 10th and 14th on the grid in recent races he is not confident he will be able to make his way through the field again around the Singapore street circuit.

“It’s a bit like Monaco – it’s just super hard to pass, Verstappen said. “You can maybe do a little bit with strategy, but at the moment I’m not really in the mood to think about the race tomorrow.

“Once I jump in the car, I will always give it of course my very best, but at the moment, I’m just super frustrated with what just happened.”