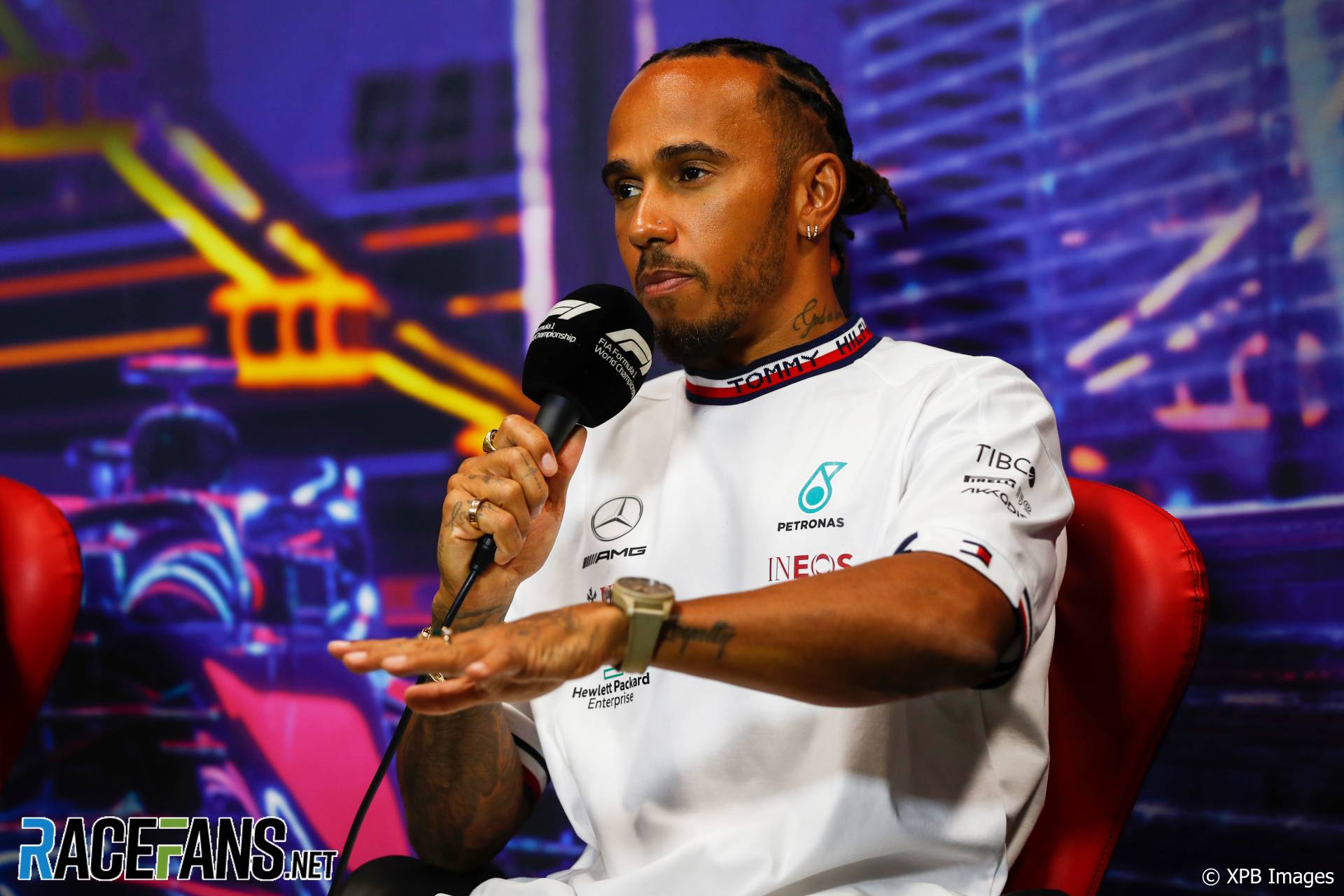 Lewis Hamilton has been summoned to meet with the stewards at the Singapore Grand Prix over a potential breach of the FIA International Sporting Code.

A document issued by the FIA confirmed Hamilton is under investigation for an “alleged breach of Appendix L, Chapter III of the FIA International Sporting Code.”

The article defines what drivers must and cannot wear during track sessions. It refers to helmets, flame‐resistant clothing, the frontal head restraint, safety belts and the wearing of jewellery.

The FIA has not specified which aspect of the rules Hamilton may have breached. But the wearing of jewellery has been a bone of contention between him and the FIA this year.

The sport’s governing body announced in May it would take a tougher stance on drivers not wearing the correct flame-resistant underwear and failing to comply with its restrictions on wearing jewellery. This brought Hamilton into conflict with the federation as he claimed some of his earrings were “welded in” and could not be removed.

The matter was eventually settled, but Hamilton made it clear he was not impressed the FIA had clamped down on the issue. He emphasised his point by arriving at an FIA press conference ahead of the Miami Grand Prix wearing many items of jewellery, and stating the sport’s governing body “have bigger fish to fry.”

He is due to meet with the stewards ahead of today’s qualifying session for Singapore Grand Prix.