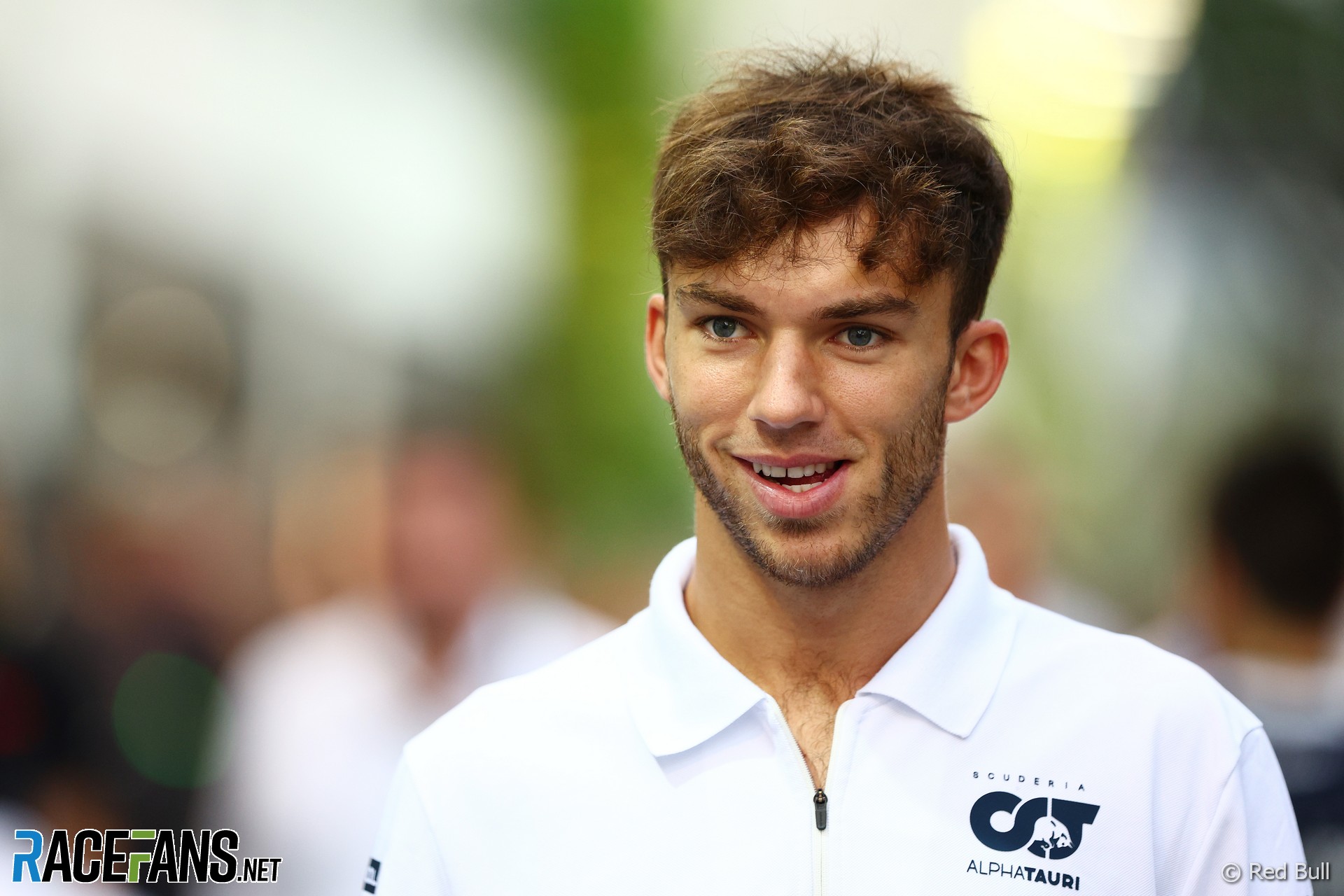 Pierre Gasly says he expects to confirm who he will drive for next year within the next two or three weeks.

The AlphaTauri driver confirmed earlier this year he is contracted to AlphaTauri until the end of the 2023 Formula 1 season. However Red Bull is believed to be considering an early release for its long-time junior driver to join Alpine.

A vacancy opened up at Alpine after its first two drivers in line to partner Esteban Ocon next year left to join other teams. Fernando Alonso moved to Aston Martin while reserve driver Oscar Piastri signed a deal with McLaren.

Gasly spent half a year at Red Bull’s top team before being relegated back to the squad which is now AlphaTauri. With Sergio Perez confirmed alongide Max Verstappen at Red Bull for the next two years, Gasly’s best chance of progressing may lie at another team, and Red Bull appear willing to let him leave.

Last week AlphaTauri announced Gasly’s current team mate Yuki Tsunoda will remain with them in 2023. However the team made no mention of a role for Gasly next year, despite his contract having been announced previously.

Speaking in the FIA press conference in Singapore today, Gasly said confirmation of his future plans will come soon.

“Obviously everybody knows there are ongoing conversations and discussions,” he acknowledged. “But from my part I think hopefully in the next two or three weeks we should have a clear answer on my future.

“So far nothing has changed and when there will be something confirmed on my future I’m sure you guys will know about it.”

Gasly finished ninth in the championship last year with 110 points. But the team’s competitiveness has slumped in 2022 and he has just 22 points so far this season. He admitted team principal Franz Tost has been “a bit grumpy this year” as the team have struggled.

“He’s not so happy, like all of us, with how this season is going,” said Gasly. “But I think it’s just important to stay positive and still be constructive until the end of the year.

“It’s obviously insignificant for some people when you’re fighting for seventh place in the teams’ championship but you are talking still about a lot of money for next season.”

AlphaTauri lie eighth in the championship, one point behind Haas and 19 off sixth-placed Alfa Romeo, both of which they have outscored over the last five races. Gasly said their goal is to pass those two teams before the end of the year.

“That’s clearly the target at least to get Haas and Alfa, 19 points. Considering we have only 33 points after 16 races that’s a lot to ask but nothing is impossible, we’ve seen it in the past.

“We just need one really strong result and it will be possible. Definitely Haas, we’ve got to get them, and then we’ll see coming to Abu Dhabi what we are fighting for.”