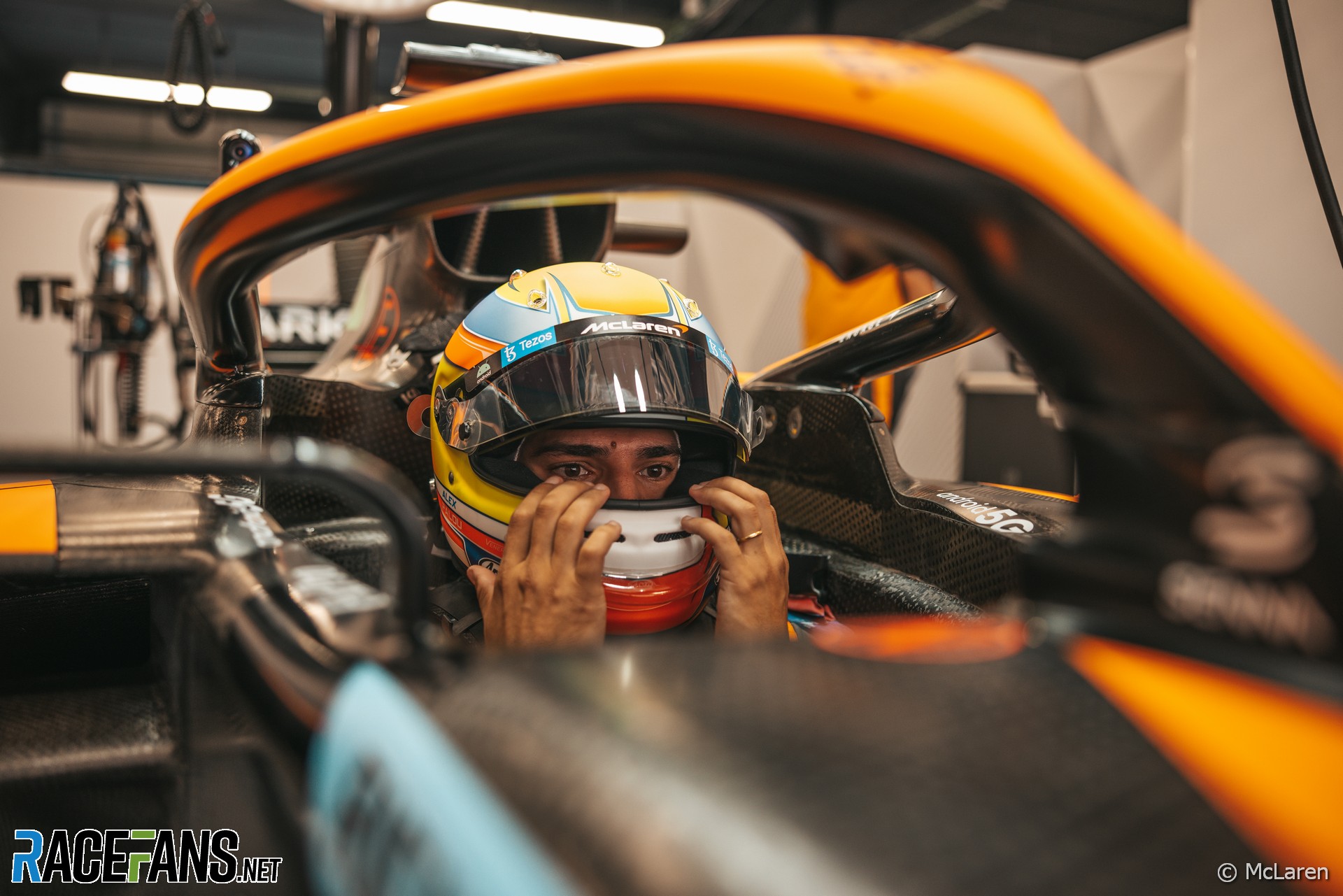 It followed the settlement of the long-running dispute between McLaren and Palou’s IndyCar team, Chip Ganassi Racing, over the driver. Palou confirmed yesterday he will continue to drive for Ganassi in IndyCar next year, but the team will allow him to take part in McLaren’s testing programme using its previous F1 cars.

Three days after winning the IndyCar season finale at Laguna Seca, Palou was in action on the F1 track closest to his Spanish home town, driving a 2021-specification McLaren-Mercedes MCL35M.

Palou joins fellow IndyCar drivers Colton Herta and Pato O’Ward in taking part in McLaren’s F1 car testing programme. Andretti driver Herta drove one of the team’s cars at Autodromo do Algarve in Portugal earlier this year while O’Ward, who will remain at McLaren SP next year, tested the same car at Yas Marina last season and also took part in this week’s test.

McLaren is yet to confirm who it will use for the two mandatory practice outings for inexperienced F1 drivers which it must run before the end of the season. While O’Ward, Herta and Palou all qualify, the team would likely prefer to give incoming new 2023 driver Oscar Piastri as much mileage as possible. However that rests on securing agreement from Alpine, who Piastri is contracted to at the end of the season.