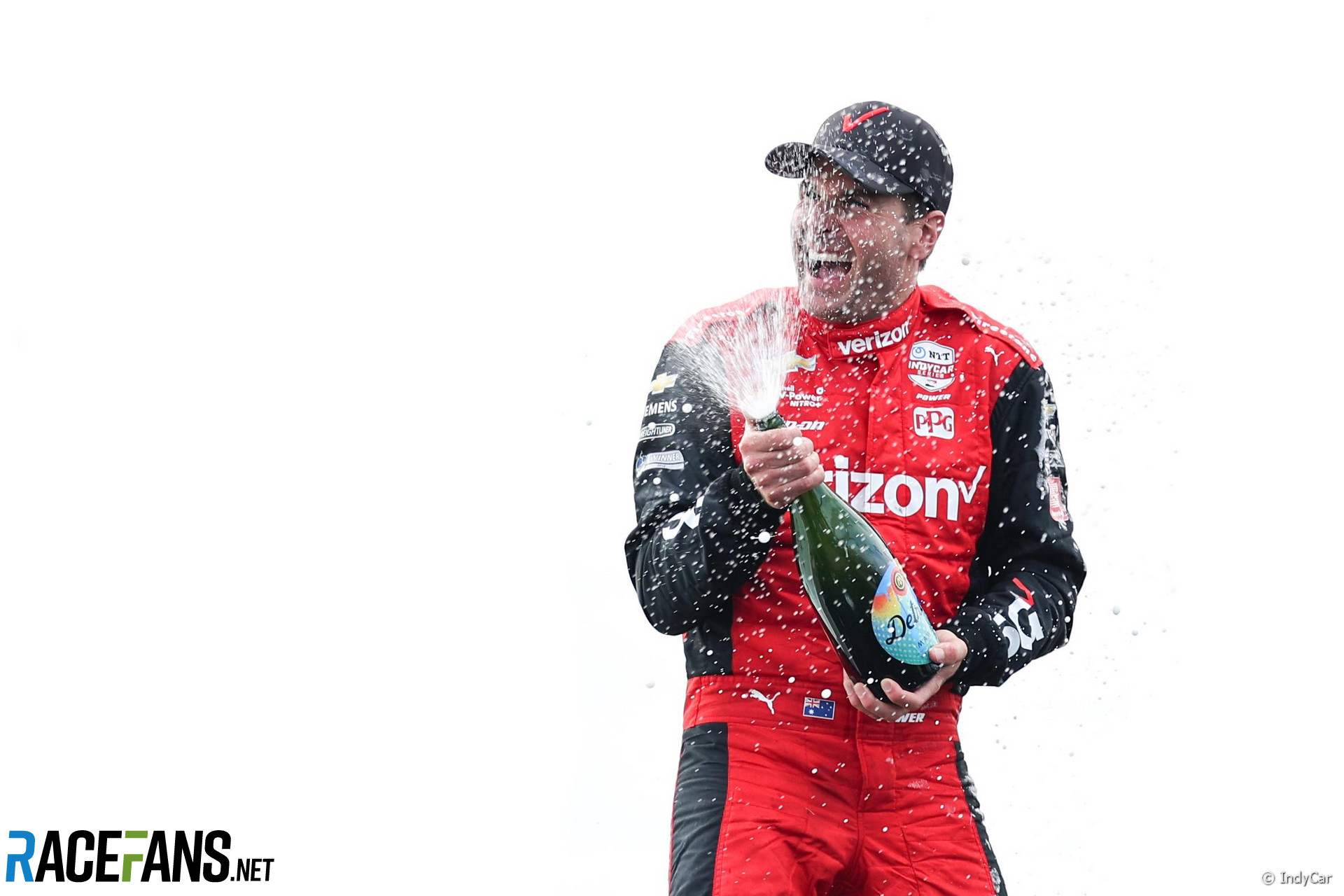 Will Power further cemented his legacy as one of the greatest IndyCar Series drivers of any era today at Laguna Seca Raceway. The Penske driver clinched his second championship with a third place finish in the Grand Prix of Monterey, behind a dominant race-winning performance from the outgoing series champion Álex Palou.

Palou led 67 out of 95 laps to win in what is expected to be his final start for Chip Ganassi Racing, owing to his ongoing legal dispute with the Ganassi organisation which was spurned by his desire to transfer to McLaren for 2023.

Power made a perfect start to the race, leading from his record-setting 68th career pole position to guide the field of 26 cars into the Andretti Hairpin, while Alexander Rossi – in his last race for Andretti Autosport – drove past Callum Ilott into second place, followed by Pato O’Ward who took third on the opening lap.

The champion-elect was able to hold the lead after starting on a fresh set of alternate compound rubber. The clean air helped him mitigate some loss of grip, but he pitted on lap 15 for primary tyres.

Meanwhile Palou, who started on a fresh set of primary tyres, moved into the lead before pitting on lap 19. He took a fresh set of alternate tyres, which eventually helped him leap past the likes of Rossi and O’Ward into second behind Power once the first pit cycle ended.

Palou made the most of his tyre advantage when he overtook Power for the race lead on lap 27, then began to pull away rapidly, drawing over 10 seconds clear of Power before the race was neutralised. That was triggered when Ilott’s race came to an agonising halt at the exit of pit lane due to an engine failure. He was the only retirement of the day.

Ilott’s stranded car brought out a full-course caution, after most of the field had a chance to pit for routine service.

This caution brought one of Power’s title rivals – team mate Josef Newgarden who had started all the way on the last row in 25th – into serious contention. Using his pace advantage to make several well-executed overtakes at the top of the tricky Corkscrew, Newgarden charged his way up from fifth on the restart and past Power into second place. He briefly led the race before making his final stop on lap 73.

That cleared the way for outgoing champion Palou to seal his first victory by a commanding margin of over 30 seconds, ending an 18-race win-less streak in the process. He ended the season as its ninth different winner.

Newgarden’s valiant charge from last row to podium fell just short of earning him his third career IndyCar title in the end. The championship went to Power, who clinched the Aston Challenge Cup for the second time by 16 points with his third-place effort.

In what may well be his last race as a McLaren SP IndyCar driver, Felix Rosenqvist finished in fourth, followed by former Alpine Academy prospect Christian Lundgaard, who became Rookie of the Year with a fifth-place finish. Lundgaard’s principal rival, David Malukas, finished 13th after a strategic backfire on his first pit stop cost him valuable track position early on.

Scott McLaughlin finished a strong sixth with some impressive overtakes in the final laps of the race. He was able to take fourth place in the championship, ahead of Palou by way of his three wins this season. Romain Grosjean ran inside the top 10 virtually all day to finish seventh, while O’Ward dropped to eighth.

Indianapolis 500 winner Marcus Ericsson’s season ended with a ninth-place finish after he overtook Rossi, who came in 10th.

Behind them, two-time and defending Monterey GP winner Colton Herta finished in 11th place after a tough effort just to make his way from 18th on the grid, and Scott Dixon consolidated third in the championship with a 12th place finish. But Dixon could well have become a seven-time champion this year, tying AJ Foyt’s record, had it not been for his fateful pit lane speeding penalty at the Indianapolis 500 in May.