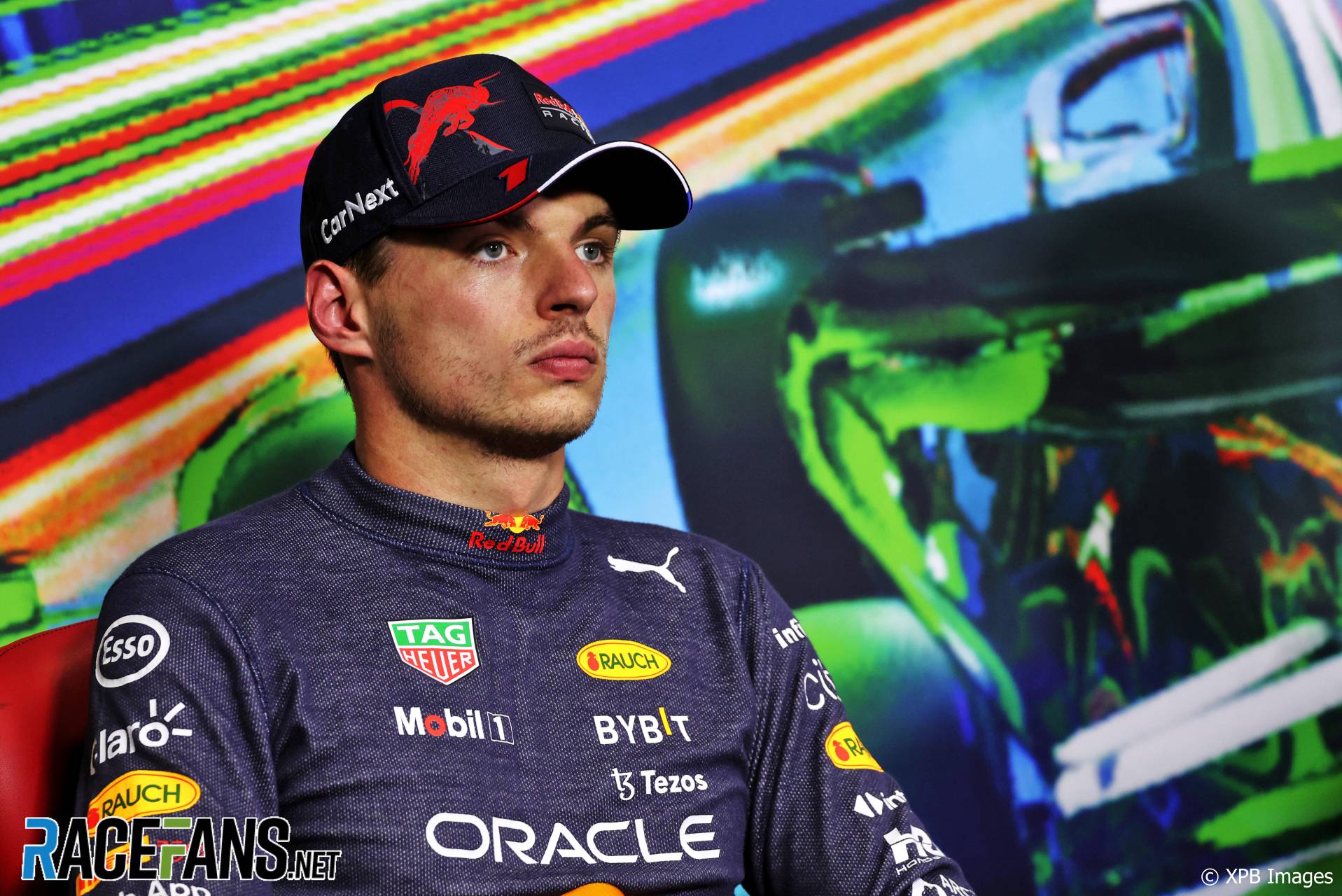 Max Verstappen believes his car’s race set-up will put him in a strong position to compete for victory in the Italian Grand Prix, which he expects to start from seventh on the grid.

The Red Bull driver was beaten to pole position by Charles Leclerc and will take a five-place grid penalty for Sunday’s race.

“The lap was pretty decent,” said Verstappen. “Just the first sector we seemed to be a little bit slow, so probably a bit of straight line speed, a bit of the first chicane, not finding the right grip. But I think overall the rest of the lap felt pretty strong.”

The Red Bull driver is running a noticeably steeper wing angle on his car this weekend which he expects will play in his favour in tomorrow’s race.

“We chose, of course, the downforce level a bit higher compared to some other cars,” he acknowledged. “But it felt alright and around here, qualifying to race can always feel a bit different.

“My race runs, they felt really good, so very happy with that pace. So I’m actually really looking forward to the race tomorrow.”

Carrying more wing “should normally be better for tyre deg[radation] and hopefully we can show that tomorrow,” he added.

However he admitted he is concerned about avoiding collisions with other drivers at the start.

“With what I’ve seen from the long runs, it looks good from our side,” he said. “I just need to have a clean lap one, clear the cars in between us quite quickly. And then I think we still have a good chance here.”