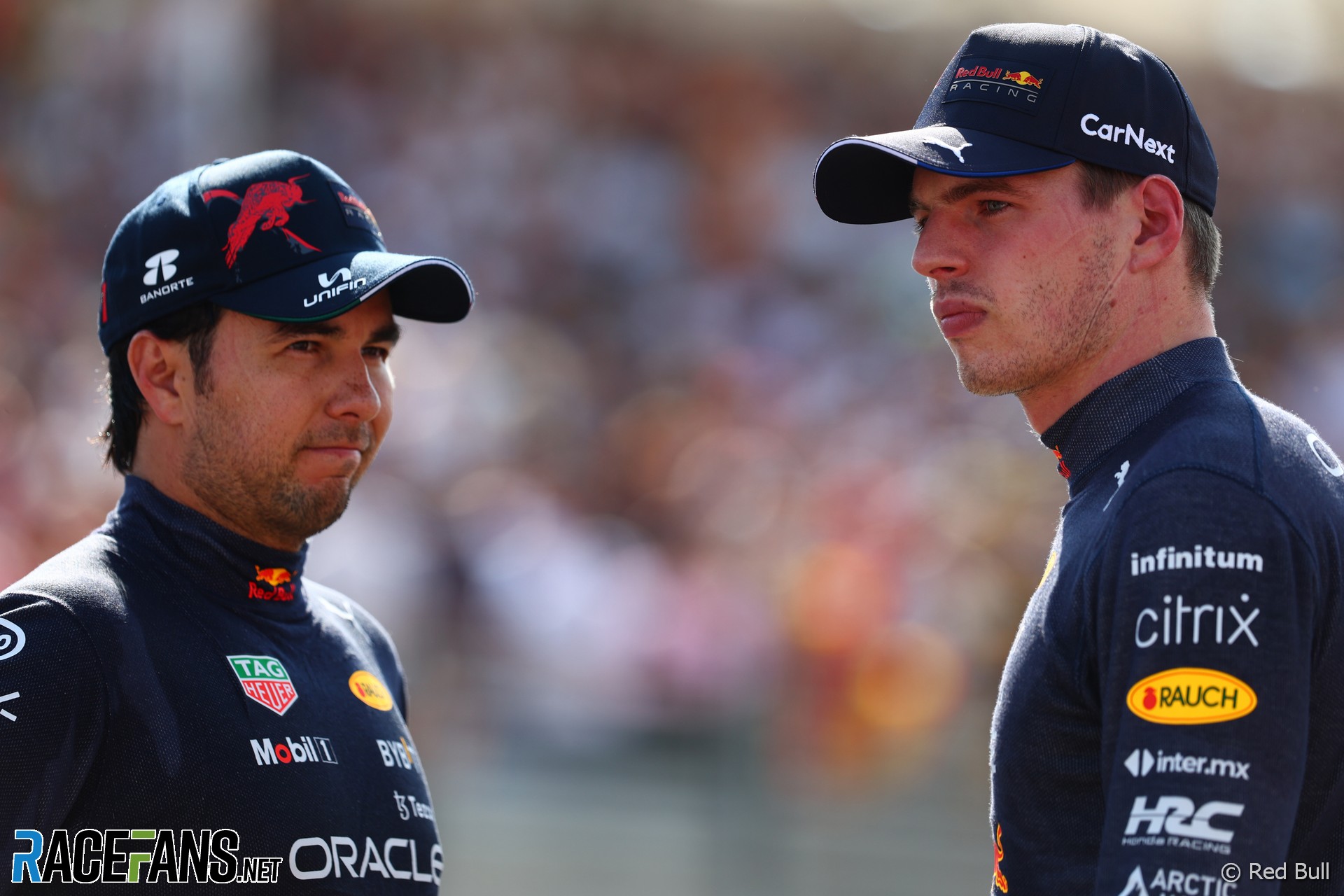 What’s the toughest job in Formula 1? There are many candidates but ‘Max Verstappen’s team mate’ has to be among them.

Sergio Perez has the unenviable task of going up against one of the brightest talents in the sport. It’s a role he arrived at after nearly being forced out of the competition in 2020.

Having signed a three-year deal with Racing Point, Perez was cast out two years early to make way for Sebastian Vettel. Then, after the final race of that year, Perez was handed a lifeline at Red Bull.

But it came with the price of being measured against arguably the best in the business. This season Perez has found himself increasingly falling by wayside as his team mate hurtles towards a second world championship title.

Perez arrived in F1 with the backing of the Ferrari Driver Academy. He parted with them at the end of 2012 when, after his first two seasons at Sauber, he joined McLaren. But his 2013 season disappointed, up against 2009 world champion Jenson Button, and Perez was soon on the move again, to Force India.

That proved the beginning of a long spell at the team until it was taken over by Lawrence Stroll, in a deal brought about partly at Perez’s instigation when it hit financial trouble in 2018. But despite inking a new deal with the rebranded Racing Point team, he was pushed aside in 2020.

Swooping in to sign him, Red Bull placed Perez in their line-up last season. He took one win for them in Azerbaijan and four further podium finishes to put himself fourth in the drivers’ championship.

Early in the season Perez learned he would be entrusted for a second year. His 2022 campaign began strongly.

He ticked off his first career pole position in the second round of the season at the Jeddah Corniche Circuit, though the timing of a Safety Car period spoiled his race. He took an impressive win at a damp Monaco after being put under immense pressure by the Ferrari of Carlos Sainz Jnr over the final laps.

Prior to that Red Bull had already announced a contract extension for Perez – significantly, a multi-year one.

“For us, holding onto his pace, race craft and experience was a no-brainer and we are delighted that Checo will continue to race for the team until 2024,” stated team principal Christian Horner at the time. “In partnership with Max, we believe we have a driver pairing that can bring us the biggest prizes in F1.”

Horner had a fair point. In 2021 Verstappen won a fierce championship battle with Lewis Hamilton, whose team mate Valtteri Bottas struggled to be the perfect wingman, notably in the controversial finale. Thanks in part to Perez, Red Bull took a driver to the championship for the first time since Vettel in 2013.

But since his promising start to 2022, Perez has increasingly slipped behind his team mate. He has failed to reach Q3 three times compared to Verstappen’s 100% record, and currently sits 109 points behind the other Red Bull driver in third place in the standings.

Including Friday sprint qualifying sessions, Verstappen has also out-qualified Perez 12 to 3 – the latter coming out ahead in Baku, Jeddah and Monaco. At Spa Perez was almost eight-tenths of a second slower than his team mate, and he took the chequered flag 17.8 seconds behind.

Afterwards Perez said he needed “to do everything I can from my side,” in order to “make sure I understand why this was different there and what I need to do differently and how I can exploit more out of the car.”

“At the end of the day, I also have a championship goal to go for and I race to do so,” he added. “Every weekend is an opportunity.”

However he said he wasn’t concerned by the scale of his deficit at Spa. “I think if you have a bad weekend and your team mate has a good weekend normally, that sort of gap, we’ve seen it with other team mates.”

Verstappen’s margin over his team mate was all the more impressive given he started 14th before carving his way through the field. “He was super-fast,” Perez admitted, “really strong.” Horner said Verstappen was “quite simply in a league of his own” when asked how Perez’s performance stacked up next to him.

Perez’s contract extension earlier this year left Red Bull-backed drivers Pierre Gasly and Yuki Tsunoda with no route to step up from junior team AlphaTauri until 2025 at the earliest. But Horner gave an interesting insight into his expectations of Perez’s future career direction around the same time.

Speaking to The Cambridge Union Society in June, Horner explained his thinking behind the deal “Taking up that option on Sergio for the next couple of years it locks out the seat unless he absolutely doesn’t deliver, for whatever reason, in 2023 or beginning of ’24, for example,” he said. “So for somebody like Pierre Gasly, that’s incredibly frustrating, because it’s locked out that seat.

“But what we’ll do is try and obviously assist them to keep them in Formula 1 so that we still have the ability to look at their talent, see how that’s emerging. Because Sergio, he’s not getting any younger. He’s 32 years of age now and it may well be the last contract that he signs.”

There is no suggestion that Perez is past his prime, but given Verstappen’s obvious ability he was always going to have a fight on his hands going up against him at Red Bull. Is Perez now doomed to the role of ‘perfect number two driver’, a position no one ever wants to be in?

This is a situation we’ve seen before at Red Bull. From 2009 to 2013 the more experienced Mark Webber went up against the younger Vettel, who reeled off title after title. The partnership produced fireworks at times and ended when Webber headed into retirement.

Of course this story may end differently. Might Perez recapture the performance he had at the start of the season and get back on competitive terms with a driver seven years his junior? And if he does so, would that jeopardise the current harmony at Red Bull?

31 comments on “While one Red Bull driver is streaking ahead, the other is slipping behind”