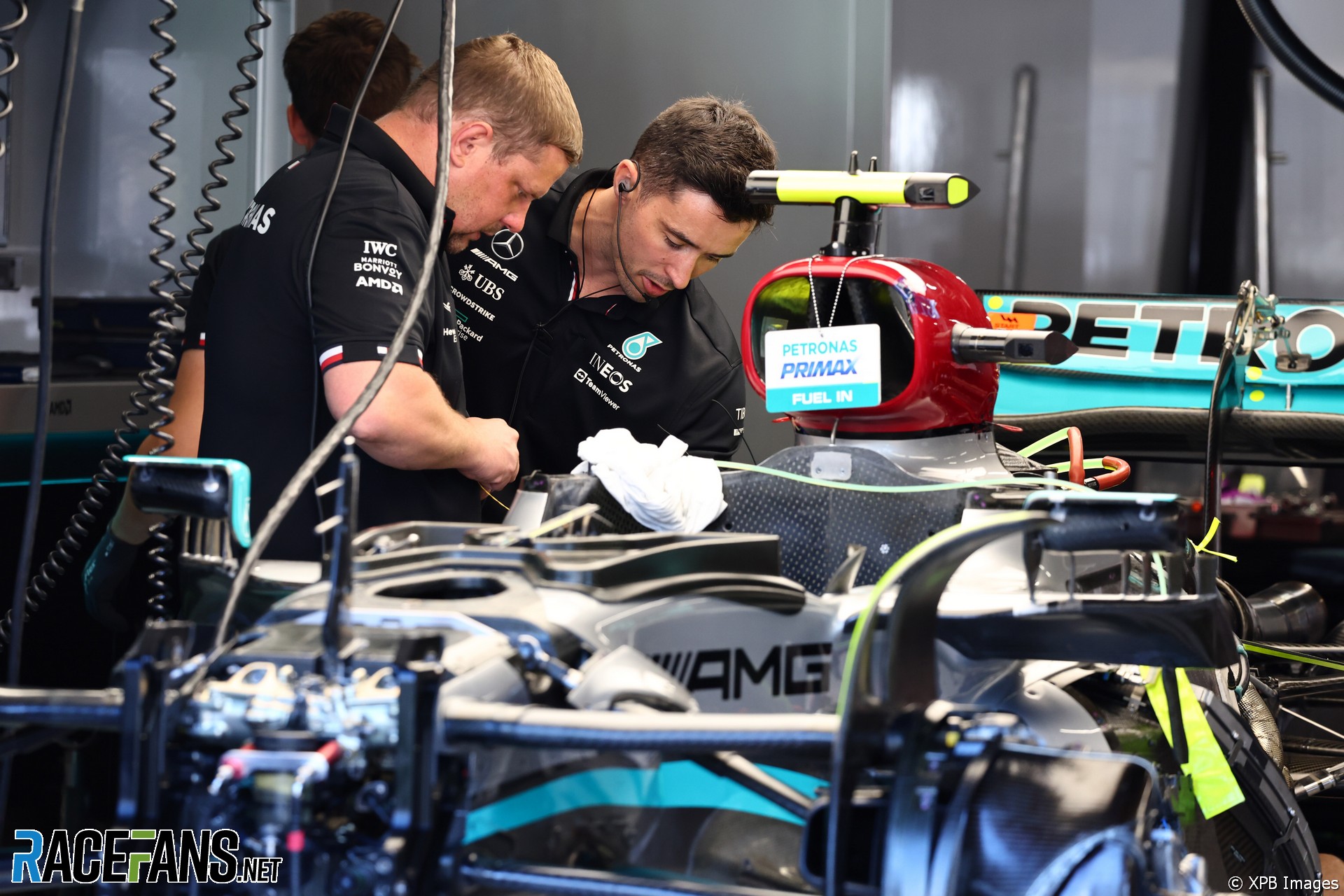 In the round-up: Following his 45G impact, Hamilton has changed engine for Zandvoort as his Spa one undergoes repairs.

Lewis Hamilton has revealed Mercedes have taken the engine that he was using during the Belgian Grand Prix out and are making repairs to it this week while a different unit goes in his car for the Dutch Grand Prix. The engine he used at Spa was a new one fitted for that weekend.

On the opening lap of last weekend’s race at Spa-Francorchamps, Hamilton collided with Fernando Alonso and the rear of his car was sent into the air. A 45G impact was registered as it landed, and Hamilton retired shortly after.

“They’ve gone through the whole car and they’re doing work on the engine to make sure we can use it,” he said.

“I think we will be able to use it. We won’t be using it this weekend obviously, because they’re still repairing pieces from the car. So we’ll find out soon. I feel fine. I’ve been doing physio and just stretching and fortunately I’m good.”

Michael Masi, the former FIA F1 race director whose controversial handling of the 2021 Abu Dhabi Grand Prix influenced the outcome of the world championship and led to his departure from the sport’s governing body, has been confirmed in his new role as independent chair of the Supercars Commission.

Supercars is the most popular form of motorsport in Australia, Masi’s home country, and is a championship he knows well having been part of its race control team between 2015 and 2018. He started off as race director in the supporting Super2 series, then became deputy race director in the top-tier championship before adding Formula 1 to his list of commitments. He replaces Neil Crompton in the role.

Indy Lights title outsider Hunter McElrea will be back in the series for 2023, staying with the Andretti Autosport team he has starred as a rookie with this year.

The New Zealand-American is the first driver to put his name down for next season, although he is still in contention for a prize IndyCar drive if he manages to become champion of its main feeder series.

“I really gelled with the team this season and it’s a great atmosphere with fast cars, so it was a no brainer for me to come back,” said McElrea.

“I’ve learned a lot in my first year and I really look forward to putting that into action for my second year. Obviously, the championship is the goal but I’m just planning to have as much fun as I can and keep learning, while making the most of the opportunity I have.”

Romain Grosjean reflects on rocky year one with Andretti Autosport: 'I know I'm not perfect' (IndyStar)

'Grosjean has patched things up with Alexander Rossi and cleared the social media air with Marcus Ericsson with a pair of phone calls, but he won’t deny he has plenty of detractors across the IndyCar paddock.

'The first attempt to use mediation between Chip Ganassi Racing and its driver Alex Palou as a method to find an agreeable solution to part ways came to a recent and unsuccessful end. With the spectre of the contractual dispute waiting to be resolved in federal court if both sides fail to reach an amicable solution on their own, CGR and Palou agreed to give a second round of mediation a try in an effort to avoid going to trial.'

'Teo Martin Motorsport has lost two of its Spanish Formula 4 drivers ahead of this weekend’s races at Motorland Aragon, as Daniel Nogales switches teams and Lola Lovinfosse leaves the series.'

'Ready and raring to go for Formula 2’s debut around Zandvoort this weekend, Clement Novalak believes that his recent experience around the Dutch track could give him the upper hand over some of his more experienced rivals.'

That's some podium at the end 🤩

Charles Leclerc’s Belgian GP went wrong at the point when a visor tear-off from Max Verstappen flew into one of his brake ducts and caused cooling issues. Although he refused to blame his title rival for what happened, Leclerc did point out that drivers should stop throwing their visor tear-offs to avoid similar incidents in the future.

However keeping tear-offs in the car through races has proven unpopular with drivers, so a new solution may need to be find out. Or even an old one…

I am sure that is they apply themselves then a solution can be found. It is not all that different throwing them out or in the car. Perhaps we should go back to the 60’s and seventies where the driver carried a moist chamois and cleaned his own visor when required.Patrick