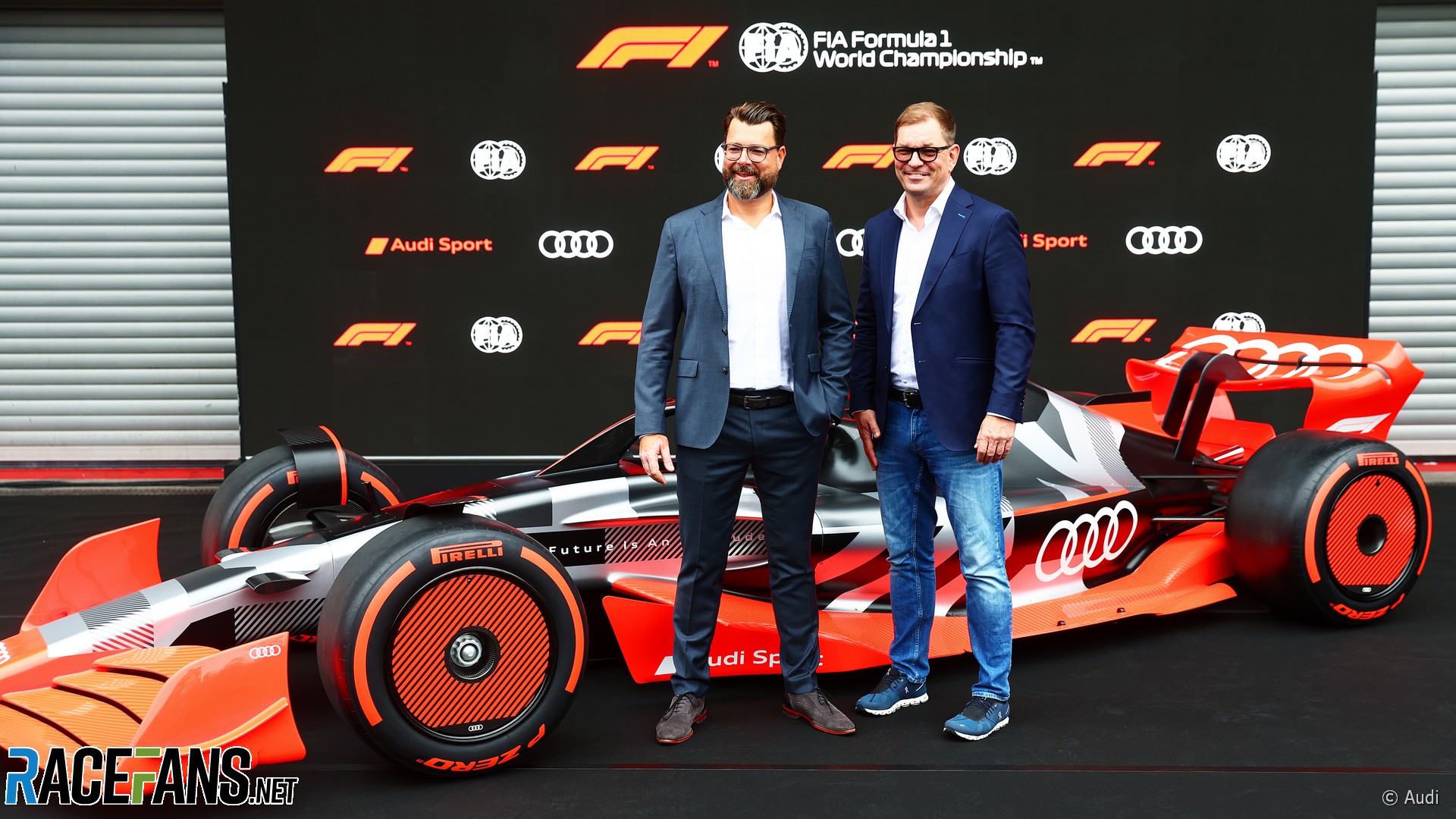 The newly-announced Audi Formula 1 project is already underway, south-east of Germany in Bavaria, just down the road from the company’s headquarters. Making their F1 debut in 2026 as an engine supplier, the company has a huge challenge in front of them as they look to go up against teams like Mercedes and Ferrari: Vast F1 operations with massive experience and stacks of trophies.

Audi expect their project to be fully up and running by the end of 2022. The company is expanding its motorsport facility at Neuburg an der Donau, with test benches for F1 engine testing already set up and extra personnel pulled from their Formula E project, which they canned at the end of last year, to help. Yet the challenge is vast.

Recent history isn’t on their side, as the example of the last new manufacturer to enter F1 demonstrates. After Honda announced in 2013 they would return to Formula 1 for their fourth spell in the sport, the team struggled to deliver on its comeback just two years later. The Honda-powered McLarens sunk to ninth out of the 10 teams, retirements were common, and when the power unit ran its performance was so poor Fernando Alonso humiliated Honda management by calling it a “GP2 engine” on his radio. During their home race.

Honda arrived in the second year after significant changes had been made to the Formula 1 power unit regulations, with F1 cars now using sophisticated hybrid systems. The new power unit regulations were introduced a year before Honda returned to the sport. The existing manufacturers had already been refining their power units for several years and enjoyed a useful head-start over Honda, who only started developing theirs in 2013.

Compared to that, Audi will at least have the advantage that all teams will be starting from the beginning for 2026. But the existing manufactures will have the advantage of understanding how the current iterations of these unique engines work. That experience could prove crucial for the development of the new units, which are based on the same V6 turbo block.

In 2026, teams will face even more challenges regarding the power unit regulations. These include changes to elements such as the battery, which demands a completely reworked energy store produced using recycled material, which must be recyclable itself. The fuel mix will be radically different, meaning the V6 and the turbocharger will need a considerable amount of research and development. A higher proportion of electrical energy will be used for propulsion, the demands of which will mean a much denser, higher-capacity energy store is needed, with a design that’s stipulated to contain recycled and recyclable elements. The MGU-K will likely share a similar design principle to its predecessors but require reinforcement in order to handle higher voltages.

But Audi is not the only competitor on the grid starting from scratch. Red Bull decided last season they would supply power units to their team from 2022 onwards, and also intend to develop their own 2026 power unit.

Though Red Bull has been receiving technical support from Honda, the team built their own production facility at their Milton Keynes base in preparation. With the current V6 hybrid turbo power unit regulations changing in 2026, the idea is for Red Bull to fly solo, despite talk they could team up with Porsche. There is also speculation Honda would like to return to F1 for a fifth time after their previous seven-year stint. Motorsport boss Masashi Yamamoto admitted last year he hoped “history repeats” if they can “convince senior management”.

Christian Horner, Red Bull’s team principal says “you absolutely shouldn’t underestimate the scale of the challenge” of taking on the existing manufacturers under the 2026 engine regulations. “I mean, it’s massive when you look at the current incumbents that we’re competing against, the longevity, the continuity that they’ve had.

“Of course, a company like Audi’s reputation talks for itself. But the scale and the size of the challenge, as we’ve seen ourselves at Red Bull, is enormous, especially when you’re starting from scratch. [But] it’s exciting, because it is a challenge and you have to believe anything is possible.”

Originally set to come into play for 2025, the engine regulations were delayed until 2026. Teams also unanimously voted for an engine freeze to begin from the start of 2022, meaning existing manufactures won’t face the huge cost of developing the current and new power units simultaneously.

“Thankfully the regulations were delayed 12 months to 2026,” Horner continued, “otherwise, I don’t think you would have seen either potentially Red Bull or Audi participating in the sport.”

Nonetheless Horner makes it clear three-and-a-half years is a tight timeframe to product engines to the new formula. “Even 2026… You know, it’s 10 past midnight and Cinderella’s already buggered off.

“So it’s tight, but that’s Formula 1 and that’s some of the creativeness and drive that happens within the teams and, you know, it’s going to be exciting to see more power unit manufacturers on the grid for 2026.”

All manufacturers will face similar challenges over the next period. Despite Audi giving themselves four years to get up to speed – they notified the FIA of their intention to enter at the end of last year – the magnitude of the obstacles ahead, highlighted by Horner, show how much of a hurdle the personnel face.

Attracting Audi into F1 is undoubtedly a coup for the sport. Compared to Honda, they have more time on their side, but the hard work is just beginning for the four rings. Will they have the results to show for it in a few years’ time?

6 comments on “Will F1’s new manufacturers avoid a repeat of Honda’s troubled return?”