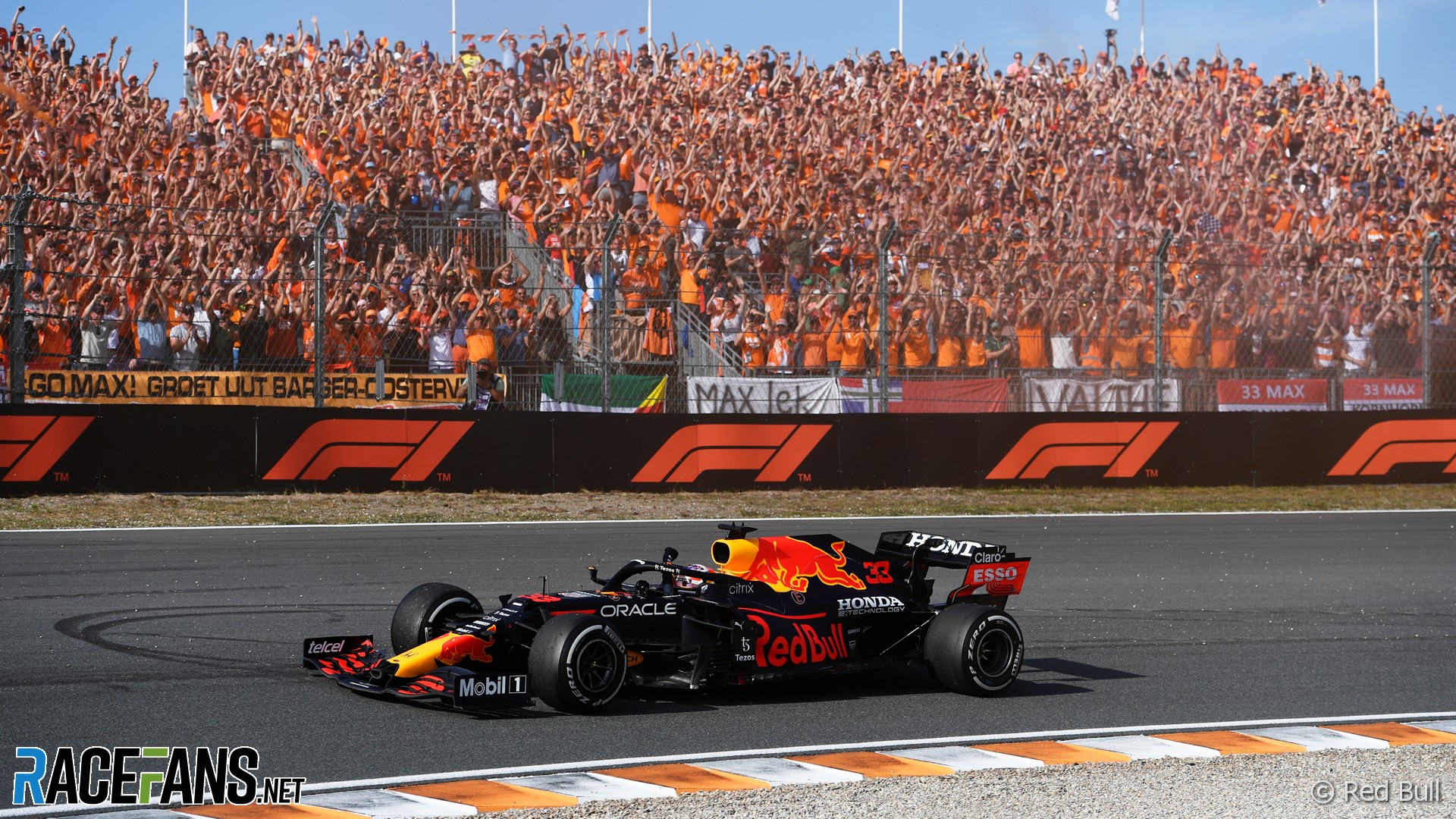 The second race of the only triple-header of the 2022 season sees Formula 1 return to Zandvoort for the second Dutch Grand Prix to be held around the extensively revamped classic venue.

With thousands of fans set to see a Dutch world champion racing at home for the first time with even more fans in attendance than last year, it’s sure to be a lively race weekend in the Netherlands. But will they see a close contest, or a repeat of last week’s Red Bull rout?

A tougher time for Verstappen at home?

Having won the world championship in 2021, Max Verstappen appears to be cruising towards his second title after three consecutive race wins see him hold an astonishing 93 point lead in the drivers’ championship. And with his two most recent wins coming from 10th and 14th on the grid, it would be easy to assume that it will be another easy victory for the Red Bull driver, especially if he does not have the same setbacks this weekend as he had to deal with in Hungary and Belgium.

However, Red Bull’s high top speed at Spa and across the season so far has suggested that lower downforce circuits play to their car’s strengths. Ferrari team principal Mattia Binotto believes that the high-speed nature of Spa-Francorchamps may have played into Red Bull’s hands last weekend.

“I think that Spa is always amplifying the gaps because it’s a long track and whenever you’ve got a slight advantage on efficiency, normally, it’s amplified and very obviously in such a circuit,” Binotto said. “So yes, we hope to be back in the next races to be closer while I still believe that they’ve got today a slightly faster car.”

After Mercedes were not even close to being within reach of the Red Bulls last weekend, they will be hoping for performance more akin to what they enjoyed at the Hungaroring – a circuit far similar to Zandvoort than Spa is.

“We’ve got a couple of days to regroup and plan for Zandvoort,” said Mercedes’ trackside engineering director Andrew Shovlin. “It’s got some similar challenges with very fast corners, so hopefully we can make a bit of progress having analysed the data from this weekend.”

The reviews of the updated Zandvoort track from drivers after the first race back in 2021 were widely positive. But while the circuit offered a challenge to drivers to nail a perfect lap – as multiple mistakes during last year’s qualifying session proved – overtaking was more of a challenge.

With its many twisting turns, relatively narrow confines and only two straights of note, opportunities to pass were relatively limited. It did not prevent any passes from taking place, but many drivers including Esteban Ocon and Lance Stroll expressed their views that they needed a little more help from the track in order to encourage more overtaking.

After last year’s event, the FIA said it would study the first race around the revamped circuit to consider whether to extend the DRS zone from the start/finish straight back along the high-banked final corner of turn 14 in order to allow for more passes into turn one. It is expected to go ahead with a trial to judge whether it is safe enough for drivers to use it through such an unusually steep corner.

F1 went through a similar situation at Albert Park in Melbourne earlier this year where a new fourth DRS zone was added in practice, but later remove. It prompted suspicions one team had lobbied for its removal on safety grounds in order to gain a performance advantage.

Formula 1 continues to enjoy a boom in popularity, with the sport enjoying record track attendances at its largest venues and television viewing figures up in key markets. The Netherlands is no exception, with Verstappen’s sensational achievements in Formula 1 at such a remarkably young age single-handedly transforming F1 into a national sporting obsession in his home country.

Last year’s Dutch Grand Prix felt very much like a three-day festival in celebration of Verstappen as the Red Bull driver was cheered on his way to pole position and victory with a level of fever Formula 1 had rarely seen before. Returning with a world championship under his belt to even more fans in attendance than last year – when only two-thirds capacity was permitted due to Covid-19 restrictions – the festival atmosphere is likely to be further enhanced this time around.

But there is one particular trademark of the Orange Army that could become a point of emphasis this weekend – flares.

The sight of bright orange smoke billowing from grandstands has become synonymous with support for the world champion. However the opening lap of the Austrian Grand Prix showed the down-side of flares: While drivers found their visibility impaired at times, amateur footage showed many in the stand could not even see the action due to the sheer volume of smoke which was released.

Flares are technically prohibited from almost all F1 venues for obvious reasons. However, some fans continue bring them into the grandstands. Last year’s Dutch Grand Prix generated some impressive and iconic images from the smoky atmosphere, but with more fans and potentially more flares for this weekend, hopefully fan enthusiasm does not compromise safety.

While the tens of thousands of fans who will be walking through the ticket gates at Zandvoort this weekend will be overwhelmingly cheering on their local world champion, there’s a possibility he won’t be the only Dutch driver on the grid next year.

For much of this season, rumours around Nicholas Latifi’s future at Williams have refused to go away. And when Williams gave the 2021 Formula E world champion a run in their FW44 in first practice for the Spanish Grand Prix in May, those murmurings only grew louder.

As one of Mercedes’ reserve drivers, for the season, Nyck de Vries’s connection to the Williams seat makes sense. After all, Williams have run Mercedes power units ever since the sport moved to V6 turbo hybrid engines. As the second half of the season continues on, we’re ever closer to finding out if there will be two Dutch drivers on the grid for 2023.

It seems far too early to be questioning the Dutch Grand Prix’s place on the modern Formula 1 calendar before it has even hosted its second event since returning to the world championship last season, but even as one of the sport’s newer events, there is no guarantee that Formula 1 will stick around long into the future.

Originally, the updated Zandvoort circuit was supposed to host the Dutch Grand Prix back in 2020, until the onset of Covid put paid to those plans. With promoters having signed a three-year deal with FOM to host the race, F1 reworked the deal to run the race across three seasons beginning in 2021 instead. After last year’s successful race, 2022’s edition marks the second of the three-year contract, meaning next year’s Dutch Grand Prix is the last one that has its place on the calendar assured, unless a two-year option is taken up.

With such intense competition over the right to host grands prix resulting in even the Belgian Grand Prix at Spa-Francorchamps coming under question – before Formula 1 announced it would at least race there in 2023 – not even the home race of a soon-to-be-multiple world champion can be deemed safe until FOM have signed on the dotted line of an extension.

Are you going to the Dutch Grand Prix?

If you’re heading to Netherlands for this weekend’s race, we want to hear from you:

Who do you think will be the team to beat in the Dutch Grand Prix? Have your say below.