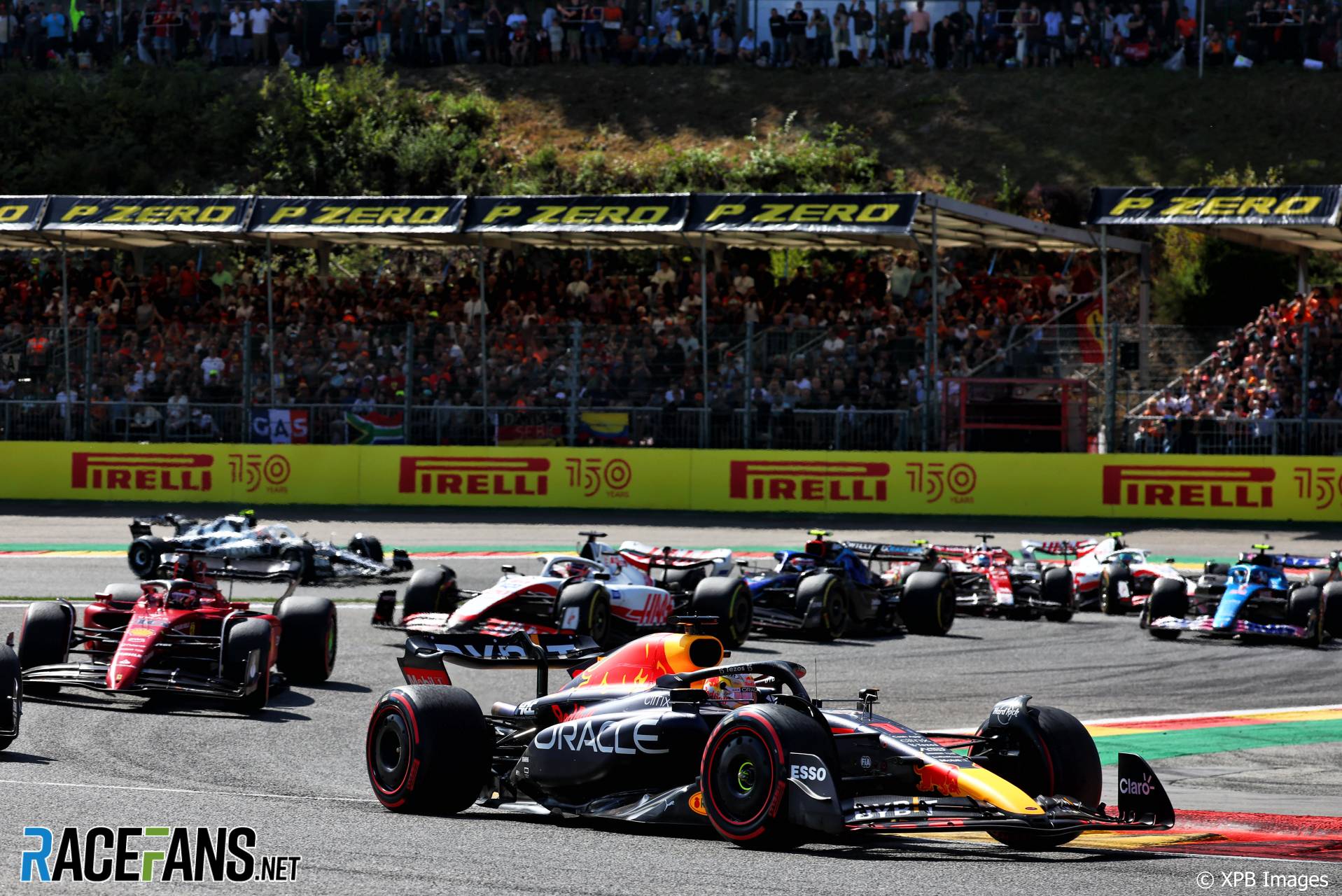 The visor tear-off which forced Charles Leclerc to make an early pit stop in the Belgian Grand Prix was dropped by his championship rival Max Verstappen, Ferrari believe.

The coincidence occured after Verstappen removed a tear-off on the first lap of the race at the exit of Curve Paul Frere, turn 16. He said he did so because he “couldn’t see anything” due to dust kicked up by other drivers. Leclerc also removed a tear-off at the same point on the opening lap.

Verstappen dropped his tear-off from the right-hand side of the car. Leclerc was following behind him at the time and his front-right brake duct ingested the tear-off, causing overheating which prompted Ferrari to call him in for an early pit stop in order to remove it. That early pit stop compromised his strategy, and Leclerc finished sixth while Verstappen won.

Ferrari team principal Mattia Binotto said the tear-off came from Verstappen’s car. The overheating it caused also damaged a sensor which meant the team could not measure Leclerc’s speed as accurately as usual, which led him to break the pit lane speed limit later in the race, collecting a penalty.

“The reason we over-sped is because simply it was really borderline,” Binotto explained. “Unluckily we were not using our normal sensors measuring the speed because they had been failed during the overheating of the front-right due to the [tear-off] of Max and our recovery simply strategy maybe was not [so] accurate.” The FIA confirmed Leclerc broke the 80kph pit lane speed limit by just 1kph.

Verstappen and Leclerc followed behind cars which kicked up gravel and dust on the first lap as drivers avoided Lewis Hamilton’s slowing Mercedes following his collision with Fernando Alonso.

“People were going off in the gravel, coming back on the track and of course they are defending their spots,” Verstappen explained. “I was literally just trying to stay out of it. But you also don’t want to lose too much time.

“Then of course with Lewis driving there, I don’t know, the car was broken, I think he was holding up everything. And then everyone of course tries to benefit from that. So then people were going two wide and I went on the inside, but then of course Lewis pulled off, which is correct to do. But then I had to move to the left.

“It was super-hectic and so much dirt as well. I pulled off my tear-off because I barely could see anything just because of the previous sector, like everyone just going on the grass and the gravel. But we survived without damage.”

Verstappen said he was unaware what delayed Leclerc early in the race until Carlos Sainz Jnr explained to him.

“Carlos told me it was a tear-off,” said Verstappen. “I didn’t know. I hope it’s not mine, but there was a lot of stuff. Honestly, people were all pulling stuff out.

“It’s just super-unlucky, to be honest, that that happens. You’re always scared that it happens, especially when you are in the pack, especially on a track like this, you are taking them off very quickly. That is your worst nightmare that these things happen. But unfortunately they do happen.”