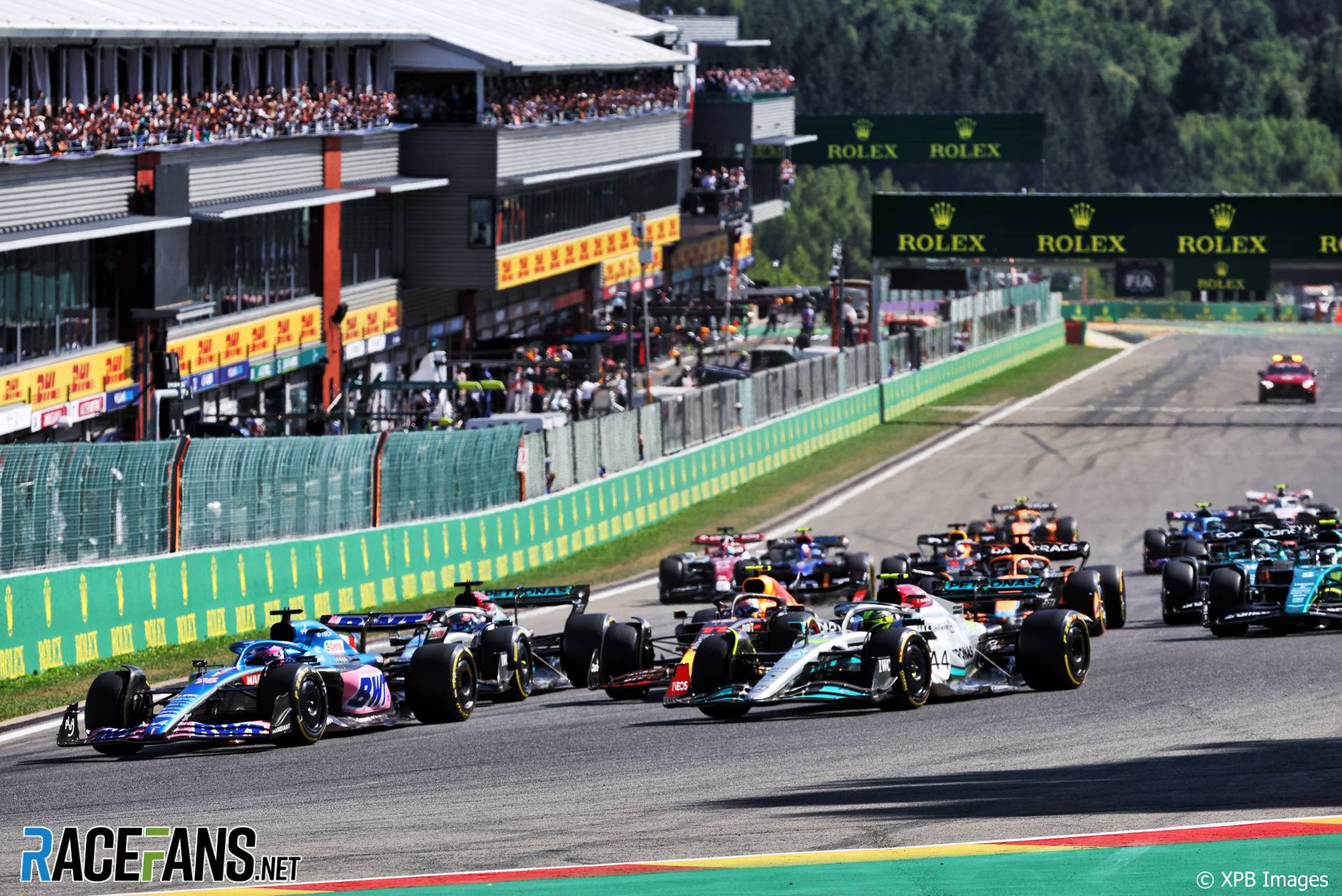 Lewis Hamilton said he took responsibility for his collision with Fernando Alonso because “that’s what adults do” after his rival branded him an “idiot” for their collision.

The Mercedes driver retired after the pair tangled on the first lap of the race. “What an idiot,” Alonso exclaimed on his radio. “Closed the door from the outside. I mean, we had a mega start but this guy only knows how to drive starting first.”

Told of Alonso’s furious exclamation, Hamilton told media including RaceFans: “I don’t really have a response to it. I know that’s how things feel in the heat the moment.

“But it’s nice to know how he feels about me in a way, better that it’s out in the open, how he feels. Like I said, it wasn’t intentional and I take responsibility for it. That’s what adults do.”

Hamilton said he had no intention to discuss the incident with his rival. “I mean, I would have until I heard what he said.”

The Mercedes driver made it clear the collision was “definitely my fault.”

“So it’s unfortunate,” he continued. “I mean, it’s motor racing, I gave it everything. I tried to overtake on the outside into turn five. Just didn’t leave quite enough space and I paid the price for it. It wasn’t intentional, it just happened.”

Speaking immediately after his retirement, Hamilton told Sky that Alonso was “in my blind spot and I didn’t leave him enough space” when they made contact.