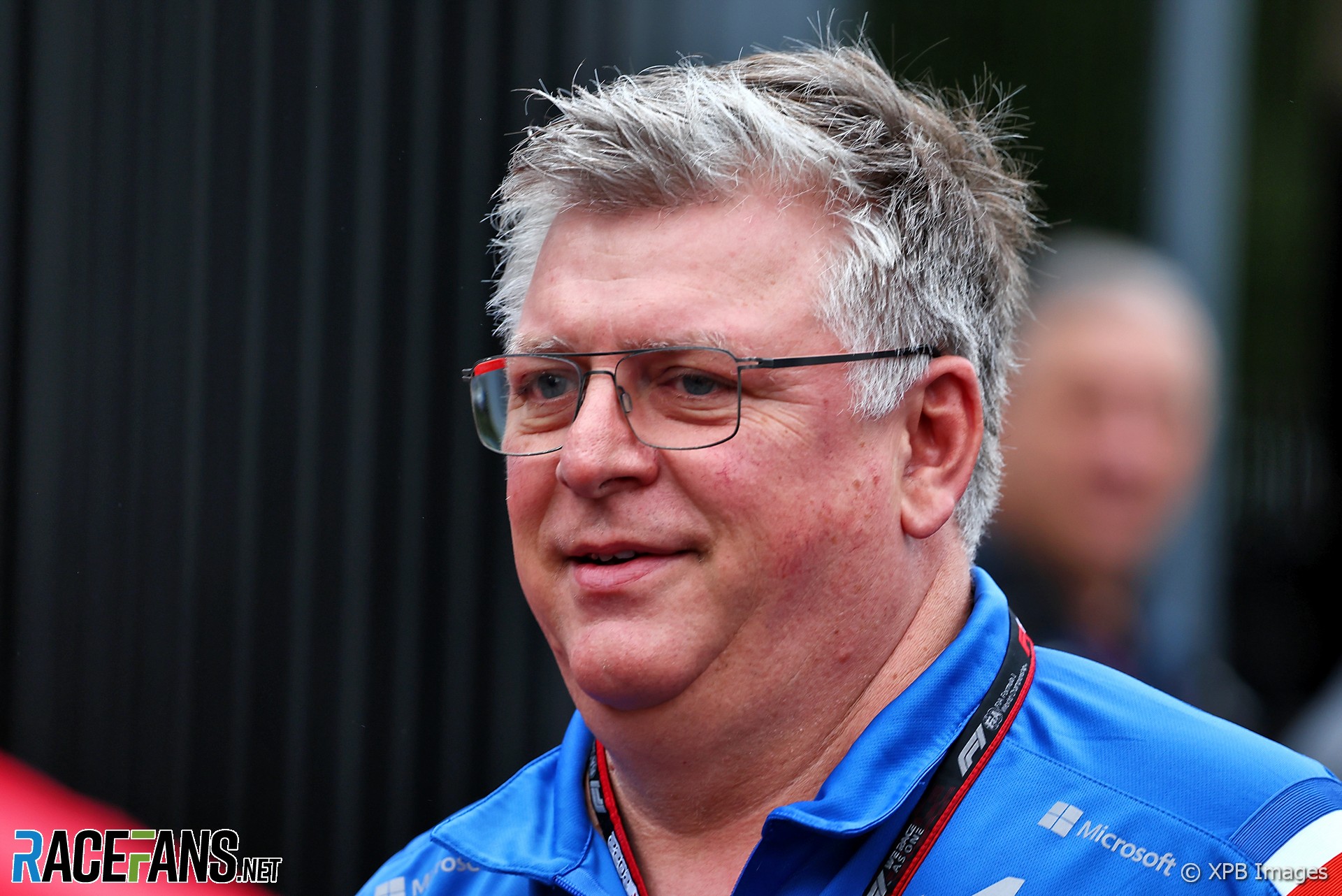 Alpine was not caught unaware by Fernando Alonso’s abrupt announcement following the last race that he will not continue to drive for them next year, according to team principal Otmar Szafnauer.

However Szafnauer admitted he had been optimistic about the team’s chances of keeping the two-times world champion within their fold, despite emerging rumours Aston Martin was courting him.

“There was a paddock rumour on Sunday that could happen,” he said in today’s press conference at Spa-Francorchamps. “So not that big of a surprise.

“But the surprising bit was that we went a long way with Fernando and our negotiations with him and we had good faith negotiations. We got to the final hurdle and Fernando indicated that he is ready to sign.

“As it turns out he was also negotiating with others, which we knew about. He was a free agent and he was more than welcome to do so. But the only surprising bit was that it was announced Monday morning after on Sunday night, he indicated that there was no need to rush. So that was really surprising.”

Yesterday Alonso revealed he did not inform Szafnauer of his decision before his move was announced, but he did tell Renault CEO Luca de Meo and Alpine CEO Laurent Rossi.

“From what I understand, the announcement was 9am on Monday morning,” said Szafnauer. “I think about 8:30 or 8:45 he called Luca and also called Laurent. With only 15 minutes of notice, it’s hard to call three people.

“So the announcement came before he had a chance to call me, but it definitely wasn’t on Sunday night that we were made aware.”

“The negotiations with Fernando began before I joined the team,” Szafnauer explained. “So we were all aware that his contract was coming to an end and he started indicating that he would like to stay in Formula 1 and stay with the team. Those negotiations started with without me being there, but towards the end I got involved, very involved. Towards the end I was involved with those talks I think from [Paul Ricard] onwards.”

Szafnauer said it’s too soon to judge whether the team has made a mistake in letting Alonso go. “I’m sure in any situation there are lessons learned,” he said. “Regrets? We should look back two years from now and see exactly what what’s transpired.

“So absolutely no regrets with Fernando and good luck to him. He’s gotten whatever that was that’s important to him, I don’t know what that is. Maybe that’s it was [contract length] but he obviously found a better deal and that’s fine.”