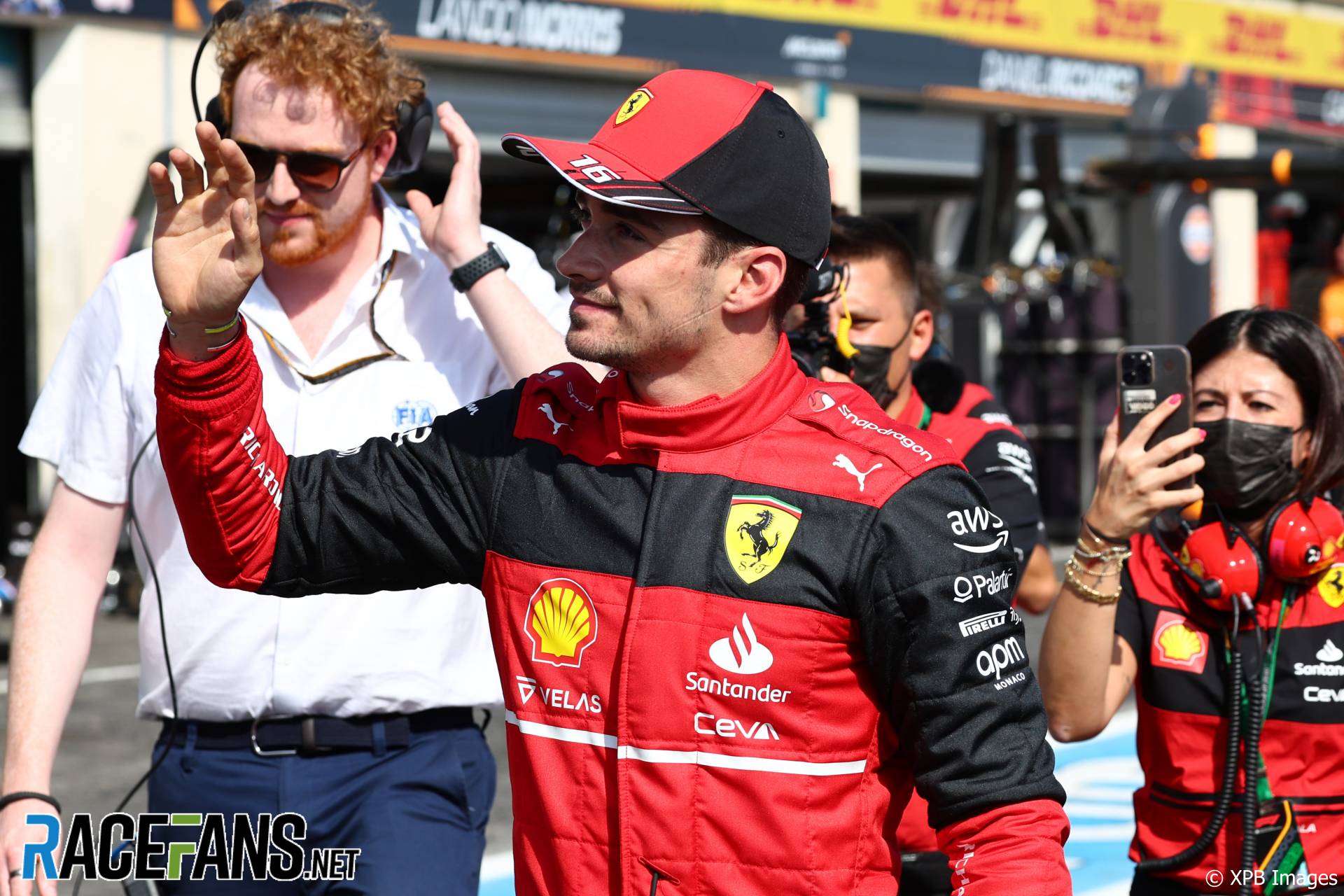 In the round-up: Christian Horner says he has a lot of respect for how Charles Leclerc has competed against Max Verstappen in 2022

Horner has “great deal of respect” for “hard but fair” Leclerc

Red Bull team principal Christian Horner says he has a lot of respect for how Charles Leclerc has competed against Max Verstappen in 2022.

Leclerc led the early rounds of the championship, fighting on track with Verstappen on multiple occasions, before falling to an 80 point deficit to the Red Bull driver by the summer break. Horner says he admires how Leclerc has fought against his driver over the opening 13 rounds of this year’s championship.

“I have a great deal of respect for the way he’s conducted himself,” Horner said.

The Circuit of the Americas will add a new grandstand to the infield of the course to increase capacity for this October’s United States Grand Prix.

The new stand will be located just after the sweeping S-curves in the opening sector, looking at the cars head-on before they enter turn six. Tickets for the grandstand go on sale today at 10am CDT, with all other tickets sold out for the three day event.

“After years of ambition, this incredible location, something we’ve always hoped to add, is finally a reality,” said COTA chairman Bobby Epstein.

“It is one of several new fan-focused improvements, along with a new five lane road, 200 more front gate buses, five new shade tents, and a new ‘quick serve’ menu. This grandstand allows us to open an entirely new part of the campus to programming and enhanced offerings.”

Three-time Daytona 500 winning NASCAR driver Denny Hamlin does not believe Kimi Raikkonen will be in contention for victory during his NASCAR Cup debut at Watkins Glen this weekend.

Raikkonen will compete in his first race at NASCAR’s highest level at the New York circuit in a one-off appearance with new team Trackhouse. Asked how Raikkonen would change the dynamic of the race, Hamlin said he did not believe the former F1 champion would be able to fight for victory.

“It’s a great opportunity for him and Trackhouse and whatnot, but as far as being a contender to race for the win, I don’t think that’s a possibility,” said Hamlin. “Just simply because it does take time. If you look at the people who have been successful in stock cars coming from open-wheel backgrounds, it takes a long time.

“I think it’s a good thing for our sport if it gets some good publicity, but other than that, I’m not really sure it changes the dynamic of the race too much.”

Good quality time with family and friends to relax and recharge batteries. Now back to training these days to prepare well for the second half of the season. Let’s go @ScuderiaFerrari!! 💪🏼🌶

It’s been now a few months living with a severe facet syndrome. It’s been a very tough journey with a few ups and lots of downs. However progress is there. Waiting on news from my doctors soon.

Something old, something new. 💚

100 years of @astonmartin Grand Prix racing on display, side by side, at the #FrenchGP.

"Money is important everywhere, for us too. But we don’t just look at that, the whole package has to be right. If we only looked at the bank account, the racing calendar would definitely look different. I’m not selling the soul of Formula 1. This is the normal change. We are opening up to the whole world."

"Looking at this photograph in front of me, it feels like yesterday, but of course it’s 30 years which is extraordinary and makes you think ‘where’s those 30 years gone? But then you look in the mirror and frighten yourself and then you realise those 30 years have gone, it’s been an incredible journey."

"If the behind-closed-doors COVID-19 events taught us anything, it's that the sport isn't anything without its supporters and their experiences. So, with the help of our friends at Medallia, we've collected and collated your favourite memories from the 2022 season so far."

"Now though, to celebrate 60 years since BRM claimed both drivers’ and constructors’ titles with Graham Hill, the famous name will return to compete in the Goodwood Trophy once more – this time as part of the venue’s renowned Revival event."

IndyCar's Dalton Kellett on the Importance of STEM Education (Jalopnik)

"He’s partnered with multiple STEM organizations, including the International STEM Network, in order to reach out to young students. At the start of the season, he regularly hosts garage tours for classrooms and visits schools, showing kids onboard footage of his IndyCar, his helmet, and his steering wheel to start getting them excited about the many ways a STEM education can contribute to an exciting career."

"Meet Emma, our Senior Reliability Engineer. She works both trackside and at the factory to ensure the different areas of our car are working as they should be!"

"We give Kevin Magnussen and Mick Schumacher clues about 10 circuits on the current Formula 1 calendar, but who'll be first to point them on the map?"

Where Do You Buy Formula 1 Parts? (Matt Amys via YouTube)

"Have you ever wondered how you could buy your own Formula 1 parts? I visit F1 Authentics who create licensed memorabilia from teams throughout the paddock, and learn how they upcycle parts which otherwise would have gone to landfill."

With Formula 1’s new regulations for 2022 seeing a team other than Red Bull, Ferrari or Mercedes taking a podium only once so far this season, @stefmeister argues the new technical regulations were always unlikely to make the field more competitive…

In terms of the top teams still having an advantage over the mid-field, I was never really expecting that to change & to be honest I’m not sure it ever will even with the cost caps & stuff because the top 2-3 teams will still have better engineering teams, facilities & will still attract the best people & that will still give them that bit extra over the rest. And I don’t think giving everyone the same budget to spend will necessarily change that anytime soon.

And then the mid-field is just as close as it typically has been so I don’t really think the new regulations changed much there. The slowest team on any given weekend is maybe closer to the mid-field but thats about it.
@stefmeister 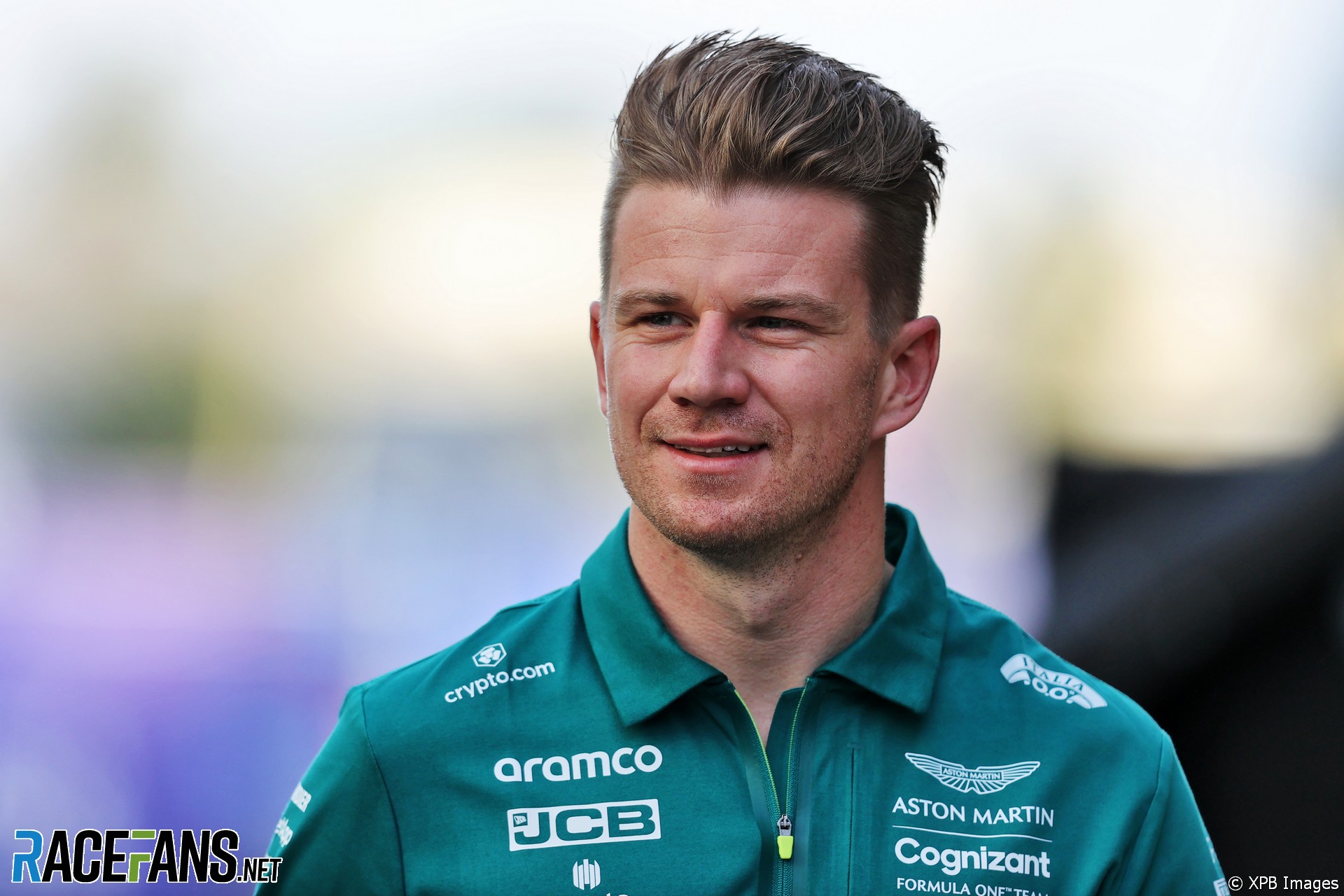