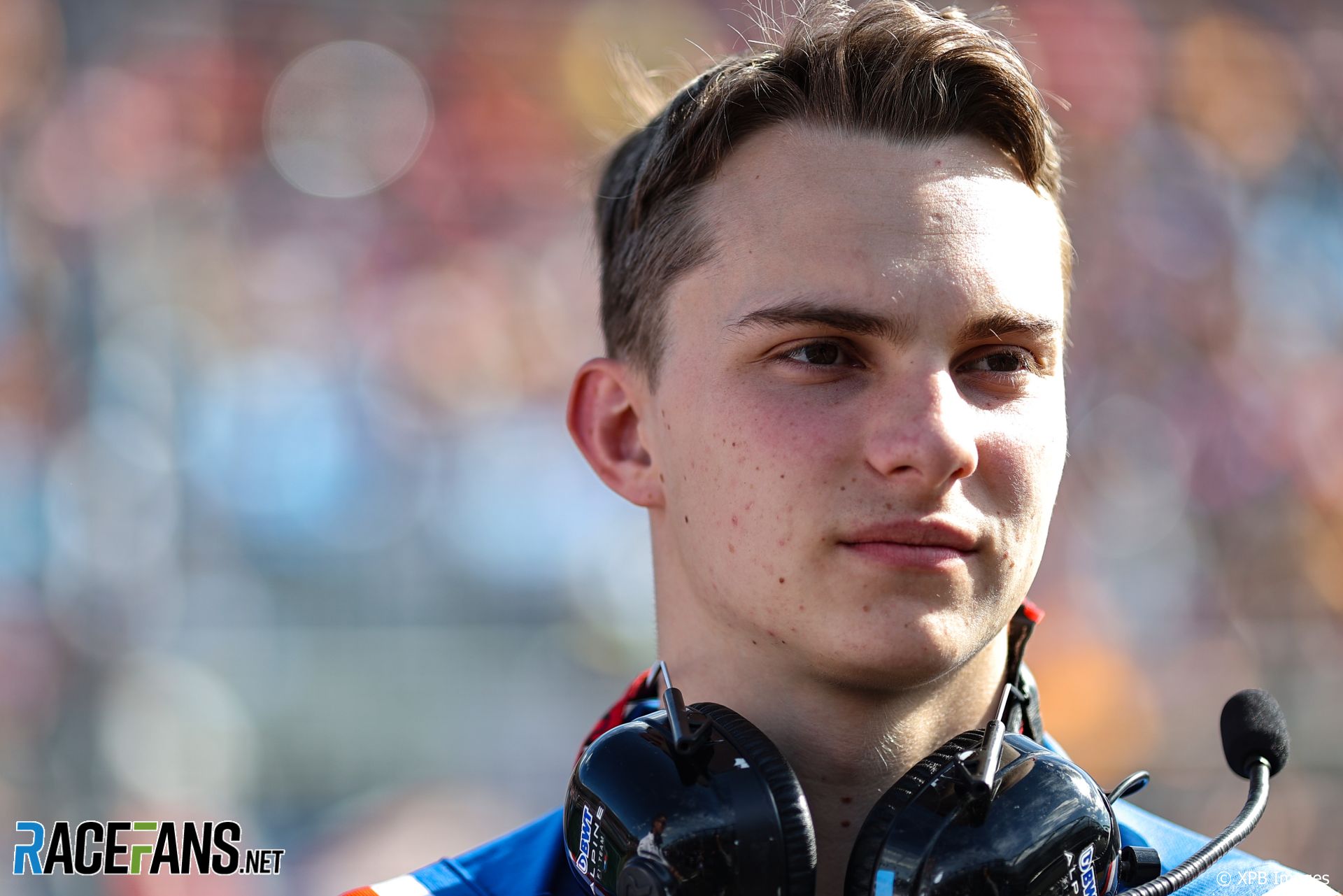 Oscar Piastri will make his debut as a Formula 1 driver in 2023, Alpine have confirmed.

The reigning Formula 2 driver will join the team in place of Fernando Alonso, who announced yesterday he will move to Aston Martin at the end of the year.

Piastri had a stunningly rapid rise through the junior categories. The native of Melbourne, Australia won the Formula Renault, FIA Formula 3 and Formula 2 championships in consecutive seasons between 2019 and 2021.

Though he was unable to return to F2 after his title win last year, no places were available for him on the F1 grid this season. Alpine therefore appointed him as their reserve driver and handed him a series of testing opportunities in last year’s car.

Alpine was looking to place him at a rival F1 team for the 2023 season. However Alonso’s unexpected departure created a vacancy alongside Esteban Ocon which Piastri will now fill.

“Oscar is a bright and rare talent,” said team principal Otmar Szafnauer. “We are proud to have nurtured and supported him through the difficult pathways of the junior formulae.

“Through our collaboration over the past four years, we have seen him develop and mature into a driver who is more than capable of taking the step up to Formula 1. As our reserve driver he has been exposed to the team at the track, factory and testing where he has shown the maturity, promise and speed to ensure his promotion to our second seat alongside Esteban.

“Together, we believe the duo will give us the continuity we need to achieve our long-term goal of challenging for wins and championships.”

Update: Piastri makes shock announcement he will not debut in F1 with Alpine next year