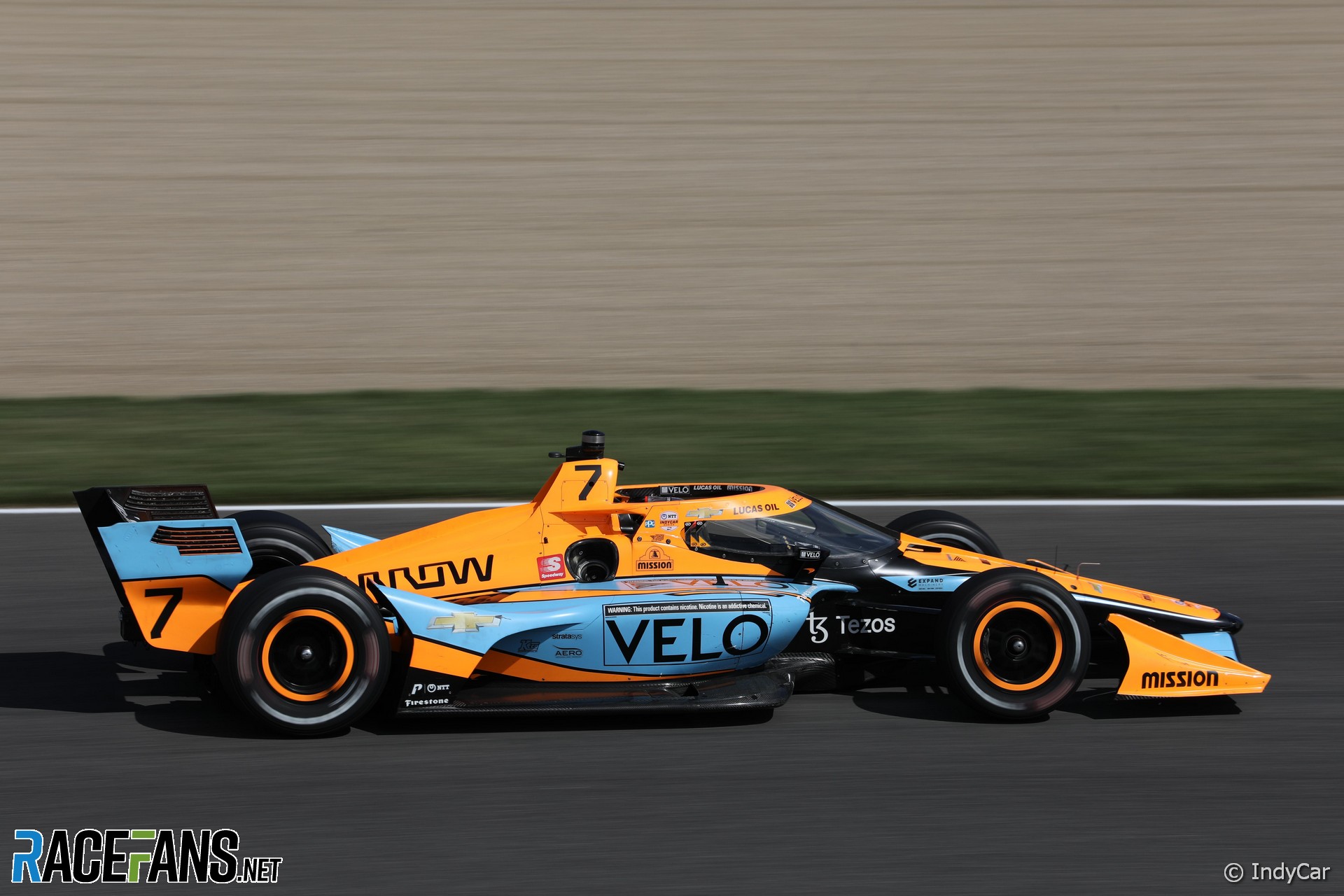 Felix Rosenqvist won his second pole position of the season. But championship leader Marcus Ericsson came to a stop during his out-lap in the first round of qualifying, and will start last for tomorrow’s second race on the Indianpolis grand prix circuit.

Rosenqvist had just one chance to put his number McLaren SP Dallara/Chevrolet on pole during the Fast Six session, but he put together a stellar lap on a used set of alternate compound tyres to take pole position with a time of 1’10.227. It’s another strong result for Rosenqvist, whose future in IndyCar beyond 2022 is far from certain.

He won the pole by nearly three tenths of a second over potential incoming team mate, Alexander Rossi, who will start on the outside of the front row. Rossi denied his future team a front row lock-out.

Championship contenders Pato O’Ward and Will Power will start on the second row of the grid in third and fourth, respectively. Power enters the weekend just eight points behind Ericsson in the championship standings, while O’Ward is 36 points behind.

Josef Newgarden was cleared to take part in this weekend’s race after passing a medical examination following Friday morning practice. He will start fifth alongside Christian Lundgaard, who made his IndyCar debut at this race one year ago.

Álex Palou, who is at the epicentre of the most extraordinary off-track drama in IndyCar today in which he is the subject of legal action from his own team, was also the only Ganassi driver to advance to the second round of qualifying. The reigning champion will start seventh ahead of Rinus VeeKay (who won on this course last year) and Colton Herta (who did likewise earlier this year). Conor Daly completes the top 10.

The big story of the first round of qualifying was Ericsson’s misfortunes. While on an out-lap, the Indianapolis 500 winner was instructed to shut his off car as a precaution when his Ganassi engineers spotted a potential critical failure. This brought out a red flag during group two in first round qualifying. Even if Ericsson had been able to resume running, he would not have been able to advance to round two because he caused a red flag.

As a consequence, the championship leader will start 25th and last tomorrow, barring any other potential grid penalties between now and the start of Saturday’s 85-lap race. Also starting well down the order is his team mate Scott Dixon, who could only manage 20th in qualifying, and Romain Grosjean, who starts 21st at the track where he scored his first IndyCar pole position and podium finish one year ago.