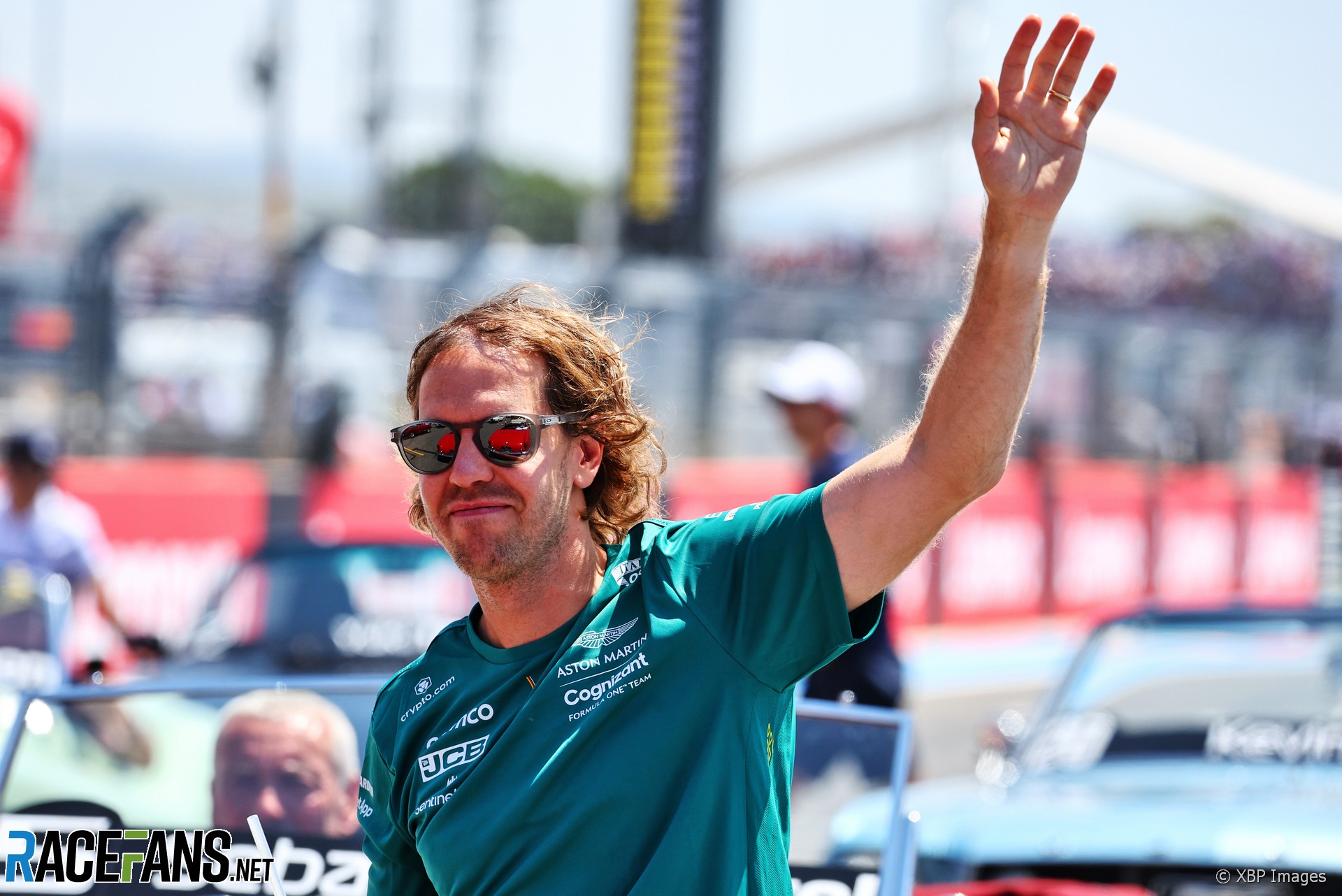 In the round-up: Formula 1 drivers have expressed their respect for Sebastian Vettel after the four-time champion announced his retirement from Formula 1 yesterday

Vettel’s announcement of his retirement prompted a wave of praise from his rivals past and present.

Reigning world champion Max Verstappen said Vettel “had an amazing career” and is “a great ambassador for the sport”, while long-time rival Lewis Hamilton said he was convinced that “whatever he does, it’s going to be great if he applies himself the way he has here.”

Lance Stroll, Vettel’s current team mate, said he was “a great team player and someone that that’s been really easy to work alongside”. Lando Norris praised how approachable the multiple champion had been, describing how Vettel was “always open for a chat, which is always something you admire and have a lot of respect for, when you are also such big competitors at the same time.”

Carlos Sainz Jnr, a former Red Bull junior driver, said Vettel had been “a great role model” before his debut in Formula 1. “Everyone in the paddock loves him,” Sainz said. “You will not hear someone speaking bad about Seb.”

The 2022 season will feature a record-equalling 22 rounds after being originally planned to include 23 before the cancellation of the Russian Grand Prix.

Asked what the ideal number of rounds in the calendar would be, Verstappen said “I think, like, 16. Just pick all the good tracks. Leave all the others out.” The 2023 F1 calendar is tipped to feature a record-breaking 24 rounds with the addition of races in Las Vegas and Qatar.

IndyCar rookie Callum Ilott has signed a “long term” contract extension that will see him remain in the series with the Juncos Hollinger team for the “foreseeable future”.

Ilott is competing in his first full IndyCar season with the team after racing at three rounds with the team at the end of 2021. Ilott currently sits 21st in the standings with 150 points with a best finish of eighth in the Indianapolis Grand Prix.

“The potential that we have shown as a one car team can only get better as we grow and expand this programme,” said Ilott. “I am super happy to continue working with all the team members at JHR, we have created a great foundation together this season.”

Penske driver Josef Newgarden has been evaluated by IndyCar’s medical director Dr Geoffrey Billows and cleared to take part in Friday’s practice session at the Indianapolis Motor Speedway road course. A further evaluation will be conducted afterwards to determine whether the driver who lies third in the championship can continue to compete in its 13th round.

Santino Ferrucci is on standby if Penske require a replacement for Newgarden who spent a night in hospital after hitting his head in a fall at Iowa on Sunday, following the crash which put him out of the race.

Seb, it’s been an honour to call you a competitor and an ever greater honour to call you my friend. Leaving this sport better than you found it is always the goal. I have no doubt that whatever comes next for you will be exciting, meaningful, and rewarding. Love you, man. pic.twitter.com/eHVmOpov2m

Congratulations Seb on an amazing career! One of the rivals I most respected – an absolute legend of the sport. 4 titles is a massive achievement and well deserved.
All the best for the future!

I’m so sad that you’re leaving, but at the same time excited for you and this new chapter of your life. You’ve been and still are such an important person to me and I’m thankful for our friendship. pic.twitter.com/1iFmlxxgyQ

I will always cherish every moment we’ve spent together and I really look forward to the many more to come.

I’m sure this next chapter is going to be as thrilling and enriching as the previous one and I truly wish you and your family all the best for the future.

Forever a legend of the sport. We will miss you dearly. Danke Seb. pic.twitter.com/F9KfX9Vjqo

…And don’t brake too early… 😉 pic.twitter.com/Ajvx5YB1Js

As Sebastian Vettel has just announced his retirement at the end of 2022, I would like to pay tribute to his fantastic career with 4 @FIA @F1 World Driver’s Championships & 53 wins. Thank you Sebastian for all that you brought to our sport! I wish you all the best for the future. pic.twitter.com/mQIU795ngV

It’s been an honour to share so many memories with you in Formula 1. Looking forward to enjoying the last few races together in the paddock.

thanks for all the memories & bringing us our first win, Seb! 🏆❤️ pic.twitter.com/zjVT7otipx

Sebastian, I want to acknowledge your brilliant career -and your heartfelt explanation of who you will be after racing. I wish you peace in what is left this year & in your journey to self-discovery after. I wish you strength in family ties & as a parent. I'm happy I know you pic.twitter.com/FkflluCrWa

"Track testing of the new 2.4-litre twin-turbo V6 hybrid engines made by Chevrolet and Honda has been pushed to the offseason at the behest of both manufacturers."

"Such a sweet young man. So talented on the track, so naïve off it, perhaps unaware that his career is hanging in the balance, dangling beneath the strings of a puppeteer of questionable competence and integrity."

"Like Schumacher and Hamilton, nearly every year of Vettel’s career has been spent with a team expected to win titles, and his determination to do so led to some of the unpopular actions he took. It’s only been in the last two seasons with mid-table team Aston Martin that fans have had a chance to see the real Sebastian Vettel: A driver who always has time for fans."

Opinion: What Porsche’s return to F1 with Red Bull will mean (Autocar)

"Christian Horner knows how tricky it will be. So might it spell the beginning of the end of his own long and successful time at the team? And what about the famously spiky and outspoken Marko? Won’t Porsche demand a say in who drives the cars it is powering and (partly) paying for? Then there’s Newey, who hates to be crowded."

"Pato and the number five McLaren SP crew spent a lot of time at victory circle at Iowa Speedway. Join the team celebrations in this weeks AMSP Unlocked. "

With Sebastian Vettel suddenly announcing he will retire from Formula 1 at the end of the season, @freelittlebirds pays tribute to the four-time champion…

I’ve been a critic of his at some points but there’s no doubt that he’s been a phenomenal racer. You only need to look at his 53 wins and 57 poles – one of the very few F1 drivers to reach the century mark combined.

He put Red Bull on the map and they owe a lot of their success to his ability to take off by the first corner never to be seen again. As Hobbs said, it was reminiscent of Jim Clark to put Vettel’s ability in context.

With V8 and V10s, I doubt many would be able to get by him and he may have collected many more championships. He definitely didn’t enjoy the hybrid cars but was still quite competitive at Ferrari and Aston Martin.

His rivalry with Hamilton, Webber, and Alonso will certainly go down in history. I’m very excited to see him continue his work on improving the environment.

We’re at a precipice and we need to change or it will all have been for nothing. It’s now time for him to champion a much more worthy cause.
Michael (@freelittlebirds)