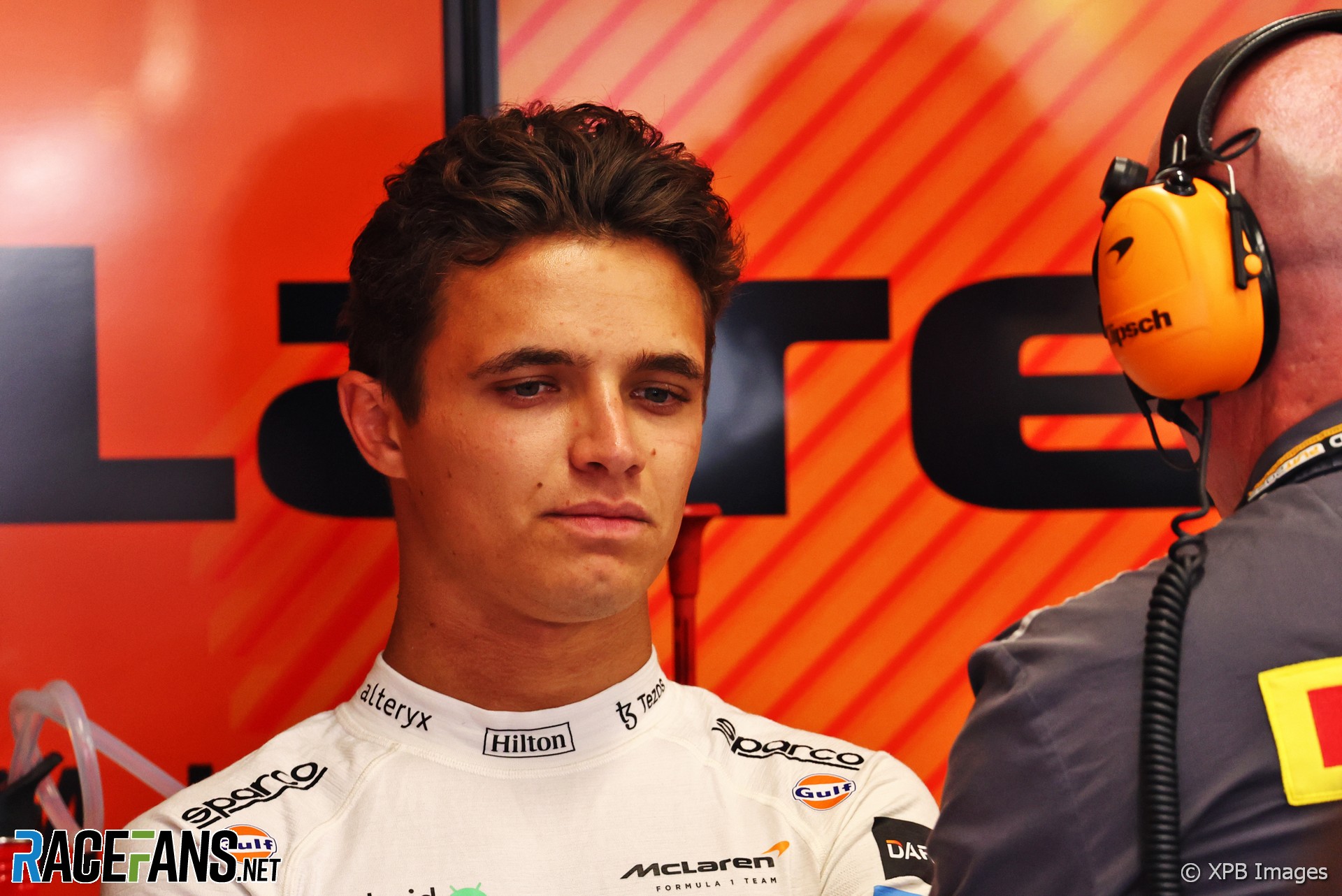 Lando Norris doesn’t expect he will be a contender for pole position this weekend despite ending Friday practice second behind Charles Leclerc.

The McLaren driver took the only pole position of his career so far in Russia last year. He ended a promising Friday two tenths off of Leclerc’s pace in the Ferrari.

But despite the encouraging pace shown by McLaren, Norris suspects their rivals can unlock performance over the rest of the weekend.

“Our car seems to be suiting this track or its characteristics a little bit more for sure, but we’re always a little bit quicker in P2 than what we end up being normally,” Norris told Sky after Friday’s second practice session.

“We turn up a little bit more than what others do just to get our first reading of qualifying, which is what we got today. We know everyone else – especially Ferrari, Red Bull, Mercedes – normally step it up a lot for tomorrow.”

However Norris believes McLaren are more competitive around the twisty Hungaroring circuit than they were at Paul Ricard last weekend, where the team secured a double points finish in seventh and ninth.

“We’re feeling good,” he said. “I think I can be happy in saying that the car’s in a reasonable position.

“We’re probably a little bit ahead of where we were in Paul Ricard. But I’m not expecting to be fighting for pole or anything. It’s just we’re definitely in a better position than what we were.”

Heavy rain is expected on Saturday, but given McLaren’s form Norris said he would prefer conditions to stay dry for tomorrow’s qualifying session.

“It can cause opportunities for me, but also for everyone, so the safer bet is for it to stay dry,” Norris said.

“We were pretty decent in the wet here last year – well, I was until turn one! I love those conditions, it’s what I’ve done well in in the past. So I can say yes, but I’m also feeling comfortable in the dry at the minute. So, for now, I want to say that the sunshine can stay.”