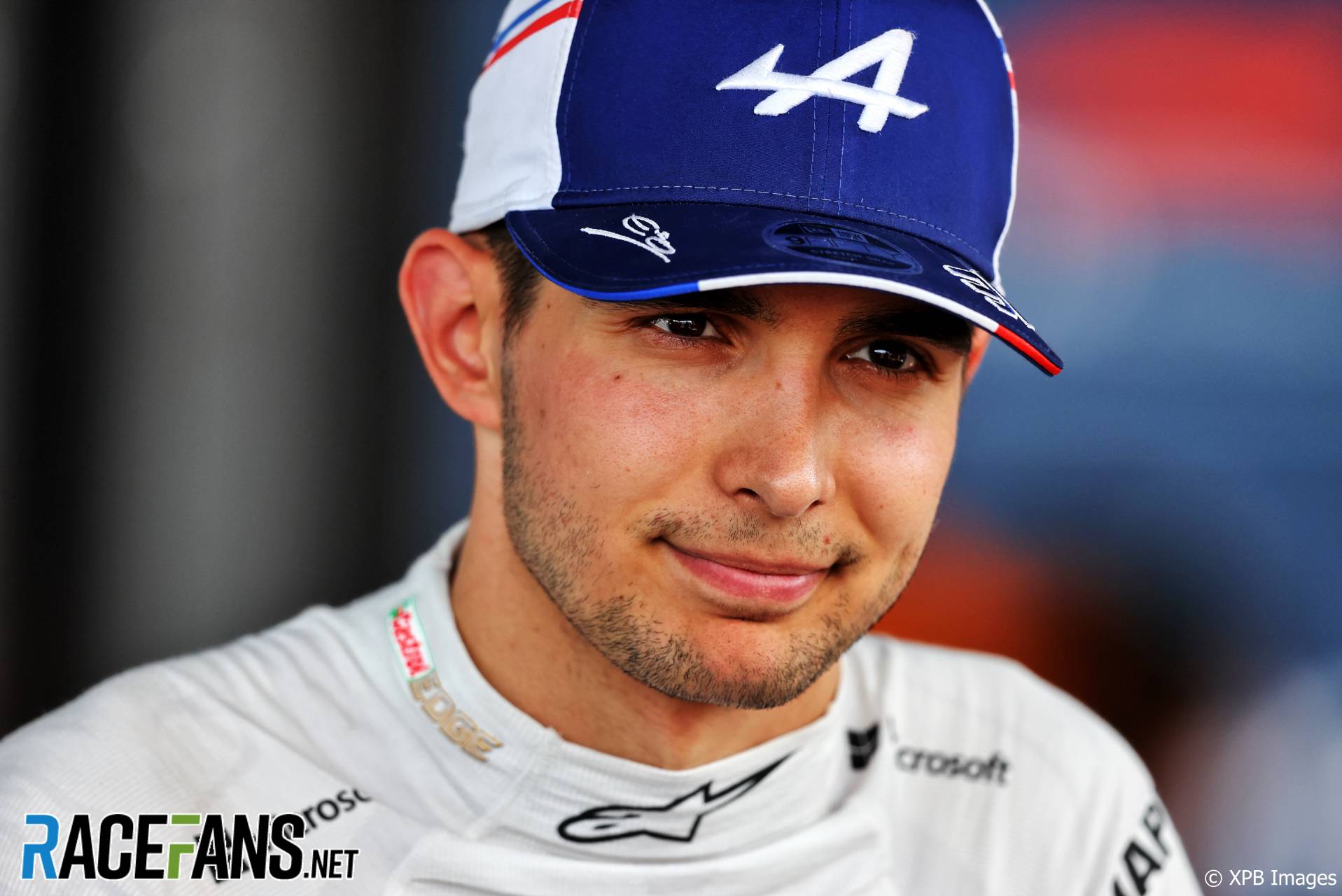 Esteban Ocon was at a loss to explain how he went from scoring his best race result of the season so far at the Red Bull Ring to enduring a “terrible” qualifying session at the next race.

The Alpine driver dropped out in the second round of qualifying yesterday, lapping over four-tenths of a second slower than team mate Fernando Alonso.

“It’s a terrible qualifying, I have to say,” Ocon reflected. “Not where we were supposed to end up.

“I think the car has potential to be sixth or seventh. So we are not happy but we are fighting with a very inconsistent car since a couple of races.”

He was especially concerned to finish the weekend’s final practice session at the bottom of the times. “We were last in P3, which is not possible,” said Ocon. “Fifth in in Austria and last in practice here, it’s impossible. So not where we want to be.

“It’s a difficult problem to fix, but there is for sure a fundamental one that we need to find.”

He said he could feel the loss of time during the session, mainly due to a rear-end instability. “I had a lot of oversteer at the end of the session, I couldn’t get the rear under control.

“The set-ups are very close in general between the cars so it shouldn’t behave like that.”

Alpine brought the latest in a series of upgrades this weekend which Ocon says are “working as intended.”

“We’re just doing a rollercoaster of performance for quite a few races, so that’s not possible,” he added.

Ocon said the performance of his car has fluctuated significantly in recent rounds. “It’s been working extremely well in Austria. We were nowhere in Silverstone. We were still going to finish in the points [before retiring], but not where we wanted to be. We were nowhere in Canada.

“So it’s working, then it’s not, it’s hard to understand.”