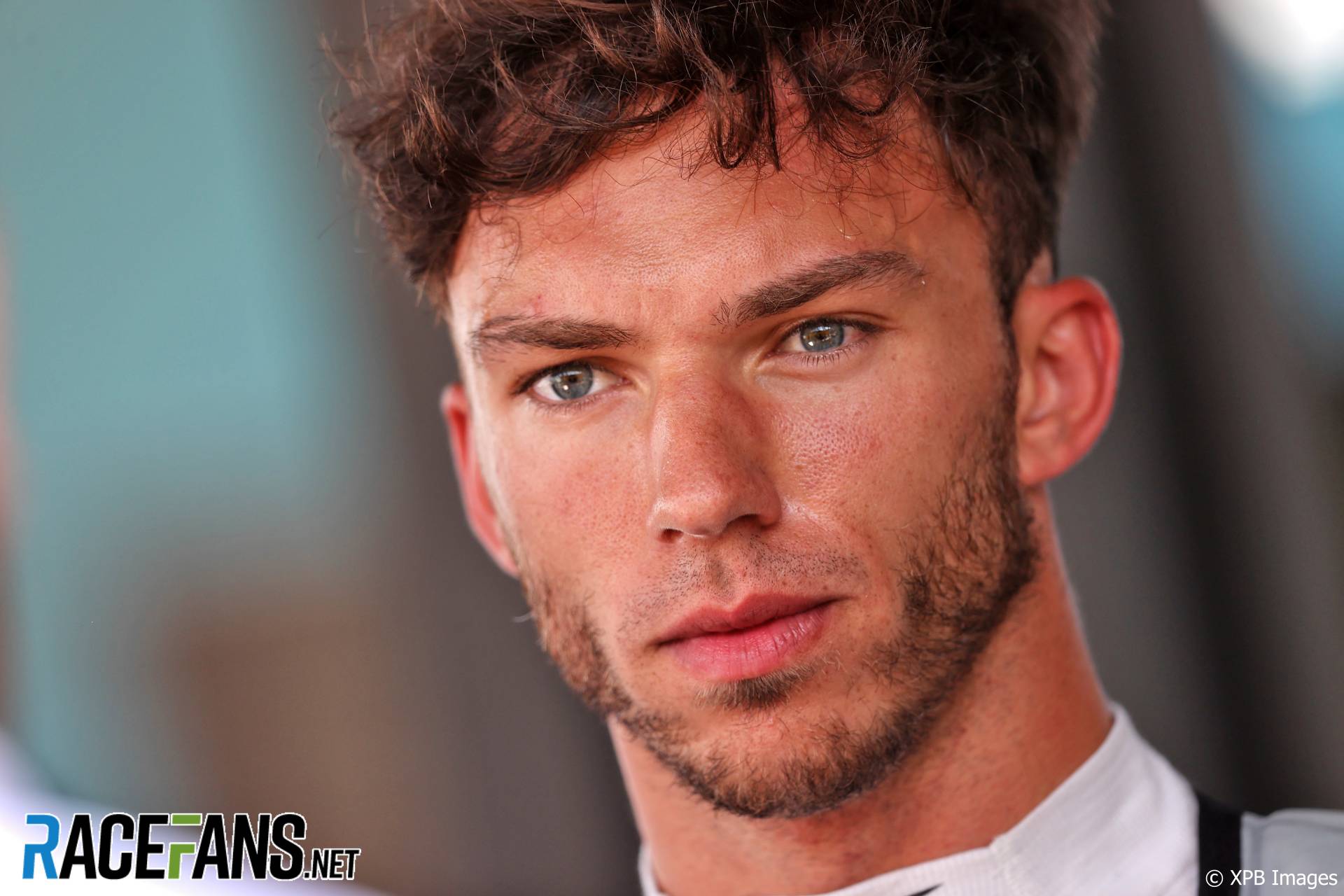 Pierre Gasly was frustrated and bemused to drop out in the first round of qualifying for the French Grand Prix after aiming to reach Q3.

The AlphaTauri driver was delighted by the handling of his updated car on Friday, but mystified by the change he felt when practice resumed on Saturday.

“Yesterday every single lap out there is in the top 10, even by some margin, a couple of tenths in the pocket,” he said in response to a question from RaceFans after qualifying. “Then today I was going everything all out and we were quite far away from making it to the top 10.

“So at the moment I don’t really understand and I think we need a bit more time with the team to go through everything.”

“I’m extremely disappointed because yesterday was really, really promising and since this morning I’ve just had a completely different feeling with the car,” her explained. “I struggled a lot more in P3 just sliding a lot and I could not put the same performance.

“Qualifying was the same, I do clean laps but just sliding a lot in all the low-speed corners, just no traction. I don’t fully understand how we lost so much compared to yesterday.”

Gasly said he had made only minor set-up changed to his car since Friday. “I’d be surprised if that will explain why we lost five tenths overnight.”

He “almost spun” at the end of Q1, where he missed the cut to progress by less than two-hundredths of a second. “I thought I had a puncture,” said Gasly. “I need to check with the guys what exactly happened. But it was not great at all.”

“I just need to sit down with the [team] and go through everything trying to understand why we lost so much performance compared to yesterday,” he added.

AlphaTauri’s head of vehicle performance Guillaume Dezoteux said “it was a difficult session for Pierre, who couldn’t really extract the potential from the car.”

Gasly’s final run in Q1 “was looking good,” Dezoteux explained, “he was improving a lot compared to his previous attempt, when he lost the car in turn six.

“We need to understand with Pierre and the engineers what happened there, because all the car parameters looked normal up to that point.”