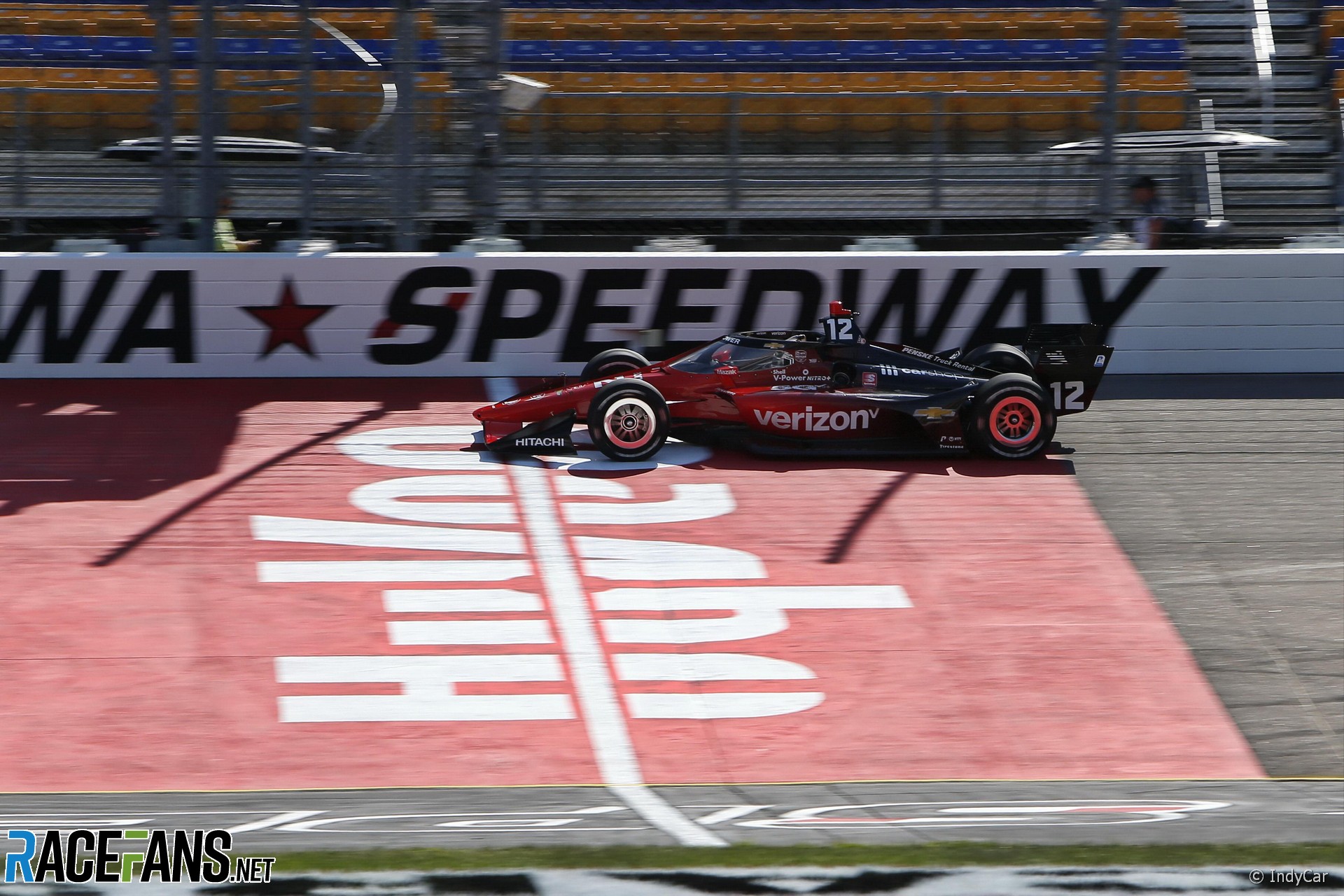 In one morning, Will Power collected two pole positions in Iowa. Power will start up front for today’s 250 mile IndyCar race at the Iowa Speedway and then he’ll start on pole again in tomorrow’s 300 mile race.

The qualifying format for IndyCar’s return to Iowa Speedway after a one-year hiatus was simple: Each driver’s first lap would set the grid order for the 250 mile race, and the second lap would determine the grid for the 300 mile race.

Team Penske locked out the front row for both Iowa races as Josef Newgarden put together a consistent two-lap run and was second-fastest across both laps.

Conor Daly held provisional pole for race one until Newgarden and Power surpassed him, but the Ed Carpenter Racing driver will take third on the grid for the 250 mile race, and fourth in Sunday’s 300 mile event.

Daly will share tomorrow’s second row with Colton Herta, who had a tough time getting up to speed on his first lap and only qualified 17th for today’s race. However, Herta enjoyed a much better run on his second lap, good enough for third on the grid on Sunday.

For race two, positions five to ten are occupied by Sato, McLaughlin, Harvey, O’Ward, VeeKay, and Felix Rosenqvist in tenth.

The four car fleet of Chip Ganassi Racing did not perform as expected during qualifying. IndyCar championship leader Marcus Ericsson was their highest qualifier for race one, in 12th. Reigning IndyCar champion Alex Palou qualified 12th for race two.