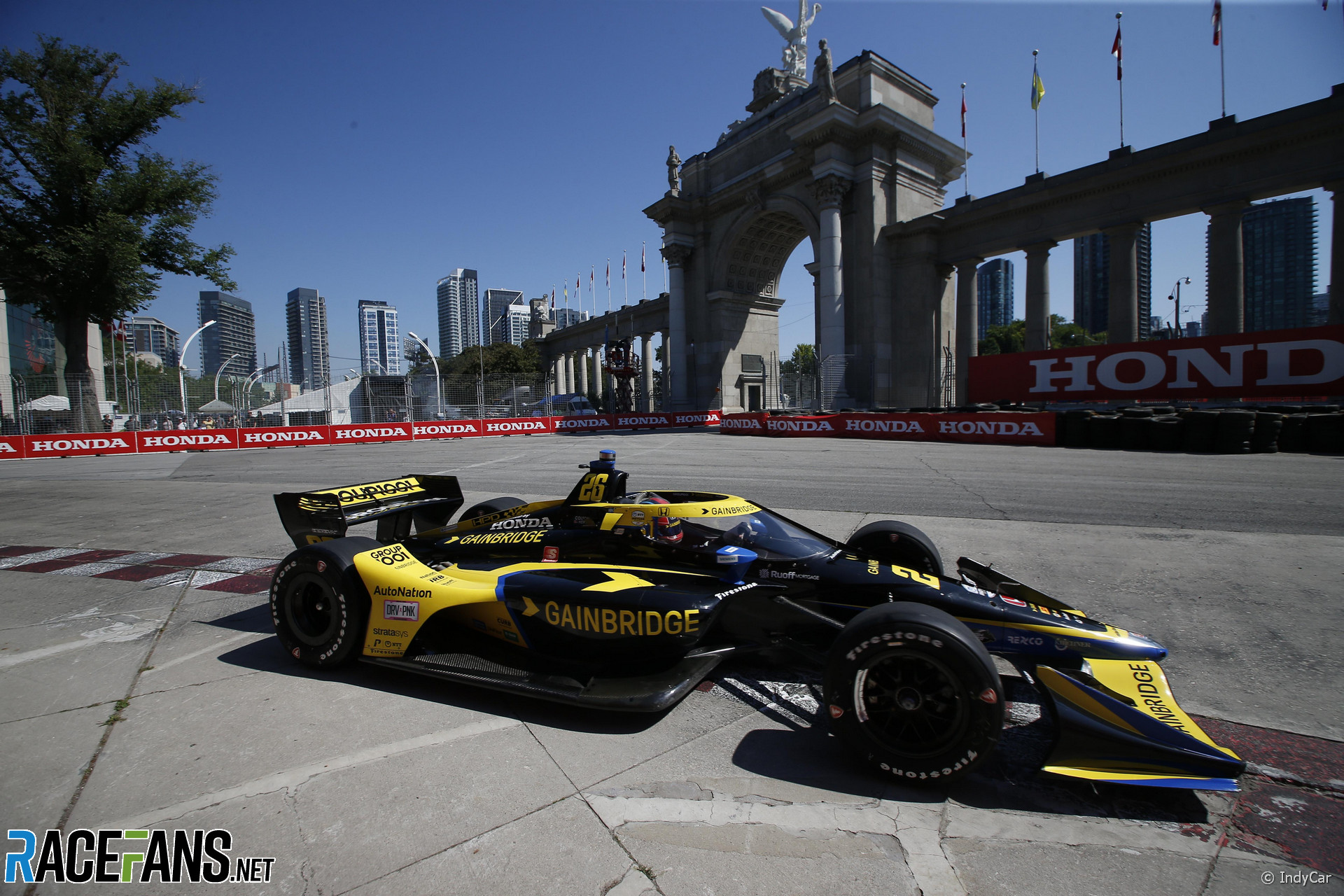 Days after his maiden two-day test in a McLaren Formula One car at Portimão, Colton Herta returned to North America and put his #26 Andretti Autosport Dallara/Honda on pole position for this weekend’s Indy Toronto at the Exhibition Place Street Circuit.

This weekend marks IndyCar’s return to Toronto after a two-year, covid-enforced hiatus, and the 2.8 kilometre street circuit delivered plenty of action across three stages of qualifying.

The 22-year-old American driver becomes the first repeat pole winner of 2022, having previously taken pole honours at the Grand Prix of Long Beach. However, the Andretti driver will be looking to avoid a repeat of his race-ending accident at Long Beach when the green flag drops in Toronto tomorrow for 85 laps of racing.

Three-time Indy Toronto winner Scott Dixon will share the front row after qualifying second, ahead of Josef Newgarden, who was third. Alexander Rossi, coming off a tumultuous Mid-Ohio Grand Prix of his own making, was fourth, ahead of rookie David Malukas in fifth, and Scott McLaughlin in sixth.

Callum Ilott put in another strong showing in seventh, ahead of Felix Rosenqvist in eighth, championship leader Marcus Ericsson in ninth, and Christian Lundgaard – the third of three rookies inside the top ten – in tenth.

Toronto native Devlin DeFrancesco impressed with a career-best 12th place qualifying result in his home debut – despite having multiple incidents in the first and second rounds of qualifying; he went into the tyre barriers during the first phase but he was able to keep a time that allowed him to progress into the second stage, where he was then penalised again for impeding eventual pole winner Herta.

The other local driver, Dalton Kellett, did not run in the session due to a fuel pressure issue and will start 23rd.

After controversy erupted over reigning series champion Alex Palou’s future after both Chip Ganassi and McLaren announced he would be driving for them in 2023 earlier this week, Palou could manage only 22nd on the grid. Following a crash in Saturday practice, Palou’s qualifying was hampered by a mechanical failure that brought out a red flag in round one, group two qualifying.

That session was restarted with enough time for all drivers to attempt one more lap, but was then red-flagged once more when Kyle Kirkwood hit the wall at turn six, then spun and crashed two corners later, causing a second red flag.

After penalties were assessed, Palou will start 22nd, Kirkwood will start 24th, and Conor Daly, who impeded Herta in round one, group one qualifying, will start 25th.