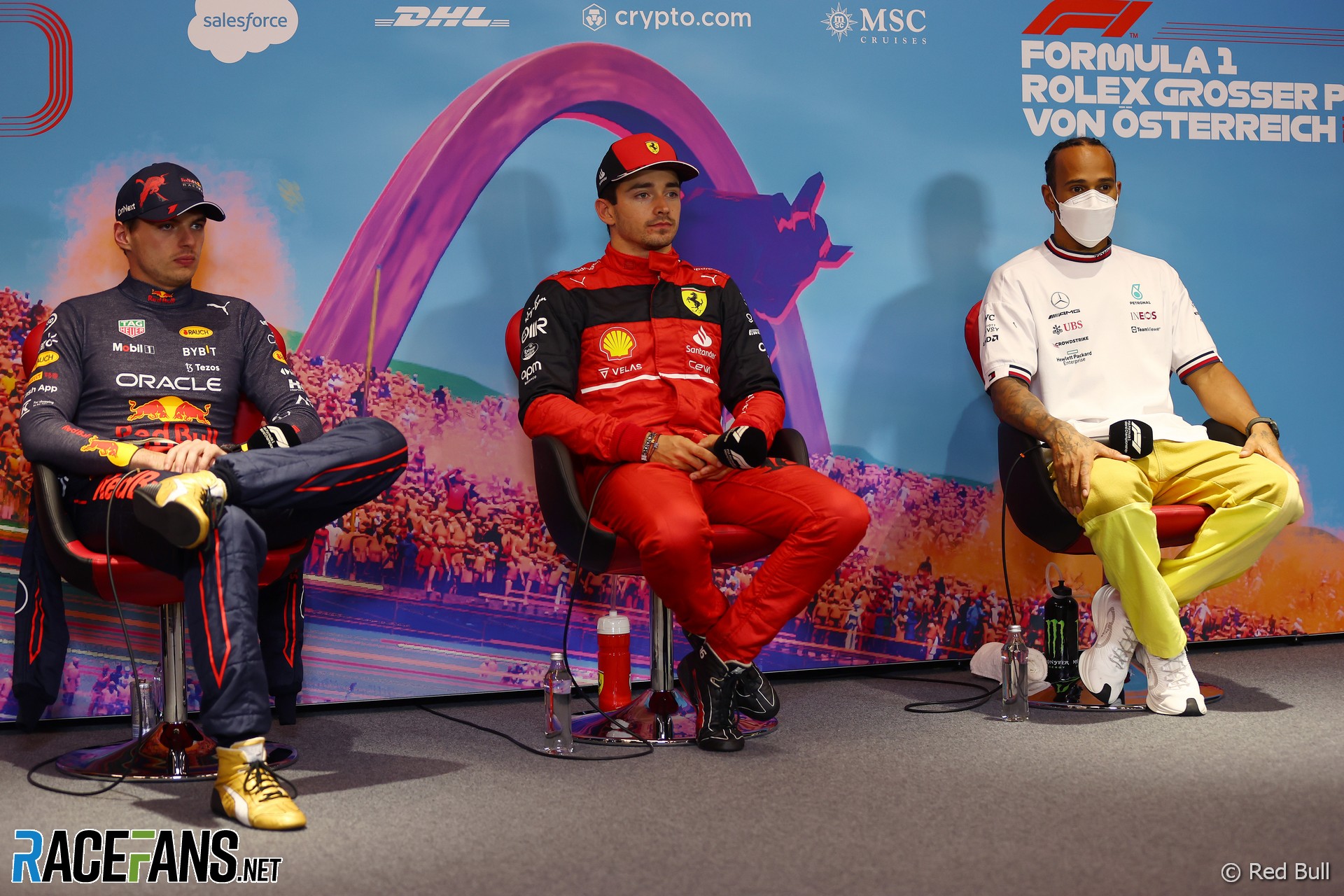 Several fans reported on social media on Saturday they had been the victims of abuse from other spectators, including sexist, racist or homophobic slurs. Formula 1 confirmed it had raised the matter with the Austrian Grand Prix promoters.

Max Verstappen, who was the clear favourite among many fans at the track during the race weekend, said the reports were “of course not good.

“All the things that happen anywhere, these things shouldn’t happen. I read a few things, a few shocking things and that’s clearly not okay.

“I shouldn’t even need to say this, I think this should be a general understanding that these things shouldn’t happen [that] a normal human being should think like that and should behave like that.”

Race winner Charles Leclerc described the reports of what some fans had gone through as “horrible.”

Some teams invited fans who had suffered abuse to join them in the paddock, including Aston Martin and Mercedes. Lewis Hamilton said he felt “really sad” by what he had heard.

“I arrived with a really positive mindset this morning and then I heard of the some of the things that have been said and [I’m] just in a bit of shock and just really sad,” he said.

“People arrive on the weekend to have a great time to celebrate, to enjoy the time off and enjoy a great experience. Particularly if you go to the UK, we’ve got obviously a wide range of fans that go there. Here, of course, you’ve got a lot of the orange army and so when do the parade lap you have to look quite hard to kind of see the neon caps, they stand out a little bit better, but there’s, of course, not as many as the orange here.

“But just to know that someone sitting in a crowd supporting someone else is receiving abuse, it’s crazy to think that we’re experiencing those things still in 2022. So we have to continue to do more.”

Hamilton said F1 needs to do more to educate and tackle ignorance among those who perpetuate abuse.

“It shouldn’t matter your gender or your sexuality or the colour of your skin, it should just be everyone here to have a great time.”