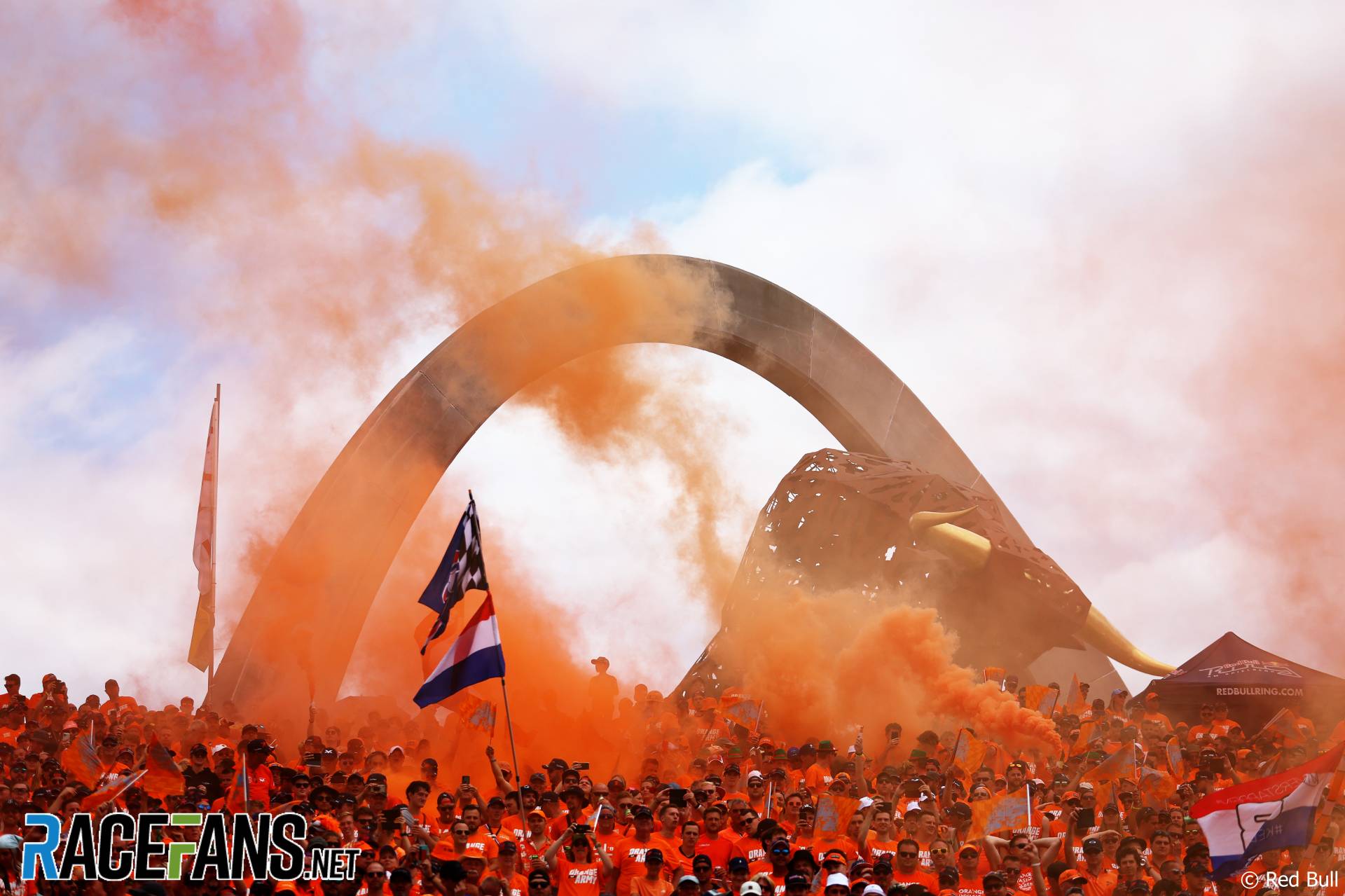 Senior Formula 1 figures have condemned the abuse some fans experienced during the Austrian Grand Prix weekend.

Mercedes invited a Lewis Hamilton fan into their garage during Sunday’s race after they learned she’d been harassed. Her dress was lifted by drunk spectators who told her she didn’t deserve respect because she was a Hamilton fan.

“We found out that this has happened and that’s just not on,” said team principal Toto Wolff said in response to a question from RaceFans.

“That needs to stop,” he added. “If you are a Formula 1 fan, whatever team, whatever driver, you can’t be a racist, [sexist] and you can’t be homophobic because then you don’t fit Formula 1 and we don’t want you.”

However, Wolff stressed the majority of fans should not be tainted by the actions of a minority.

“On the other side, we need to be careful,” he said. “Just because there’s a few drunk, dumb-arses out there that haven’t comprehended how the world goes today, we shouldn’t condemn the 99.9% of the fans that come here.

“There is always going to be these idiots around. I hope we provided a good show for the rest and these ones can stay at home.”

Sebastian Vettel said the reports of harassment against fans were “horrible” to hear. “I think it is good that this stuff comes out, that’s a start. But it is horrible.”

Vettel said there needs to be “zero tolerance” against spectators who behave this way. “If people have a good time and drink too much that’s okay. But it doesn’t justify or excuse wrong behaviour.”