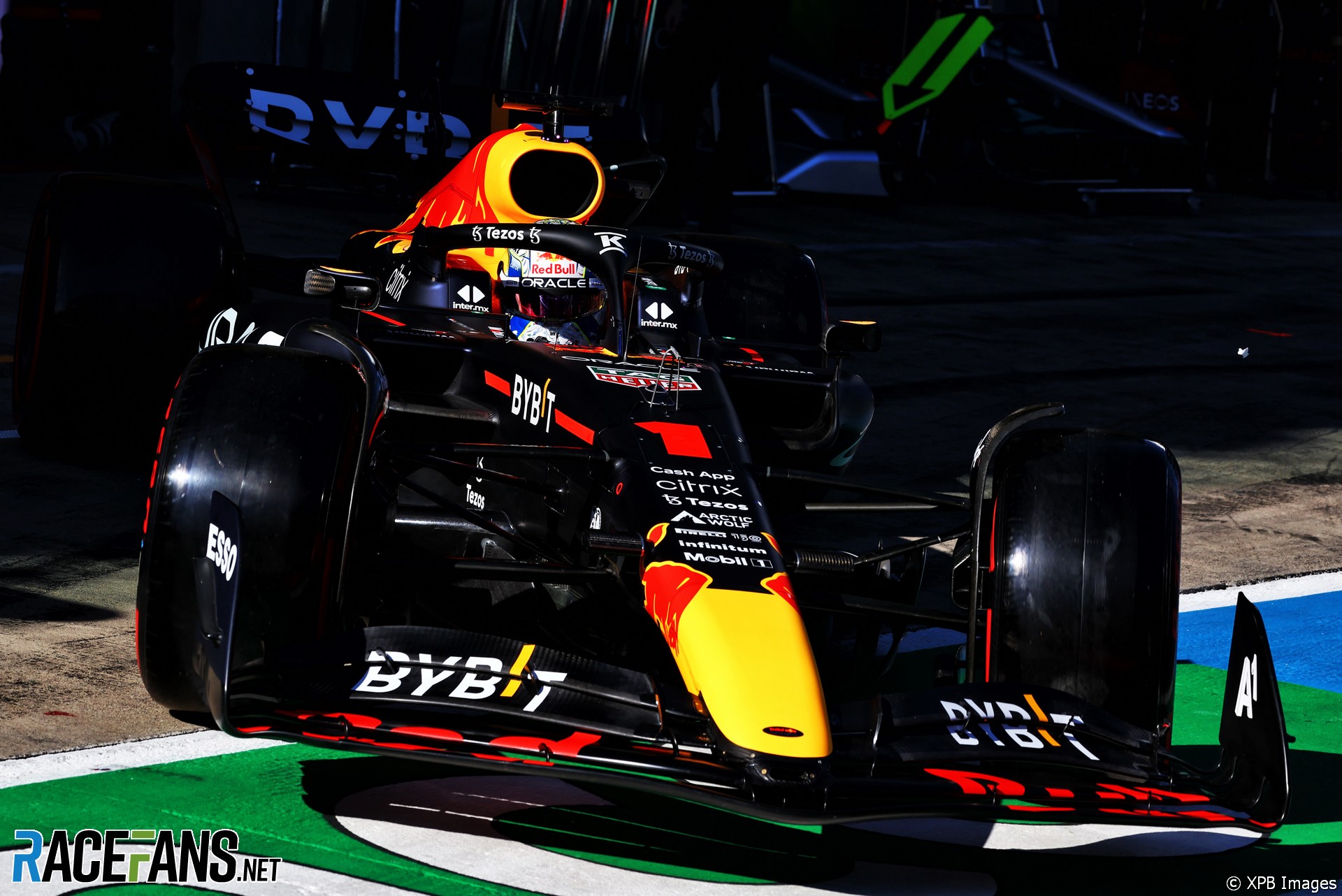 Max Verstappen is confident that Red Bull have a car capable of winning in this weekend’s Austrian Grand Prix after taking pole position for Saturday’s opening sprint race.

The championship leader beat Ferrari’s Charles Leclerc to pole position for Saturday’s sprint race by just under three-hundredths of a second in an eventual qualifying session at the Red Bull Ring which saw Q3 interrupted twice due to crashes for both Mercedes drivers.

Despite the delays, Verstappen managed to improve on his personal best time in the final sector, having been slower than his previous effort across the opening two sectors to beat both Ferraris of Leclerc and Carlos Sainz Jnr by less than a tenth of a second.

“It was a very long wait, of course, between the two runs and that’s never great,” said Verstappen. “Once you’re in a rhythm, it’s nice to just keep on going.

“Also the track temperature was dropping, the wind was changing a little bit. But it was a very tight qualifying and it’s a really challenging track to get everything right. There are not that many corners but the corners you have are quite tricky and easy to make a mistake. I was very happy with pole but I also know that tomorrow and Sunday, you can get the points”

Verstappen believes that Red Bull will have the pace to remain ahead of the Ferraris over Saturday’s sprint race and Sunday’s grand prix, claiming the car will be even stronger in races than it was during qualifying.

“I think we have a great car,” Verstappen said.

“Normally I’d say qualifying is not our strongest point, so I just hope to have a clean turn one, a good getaway and from there onwards anything can happen. But I feel confident with the car we have.”