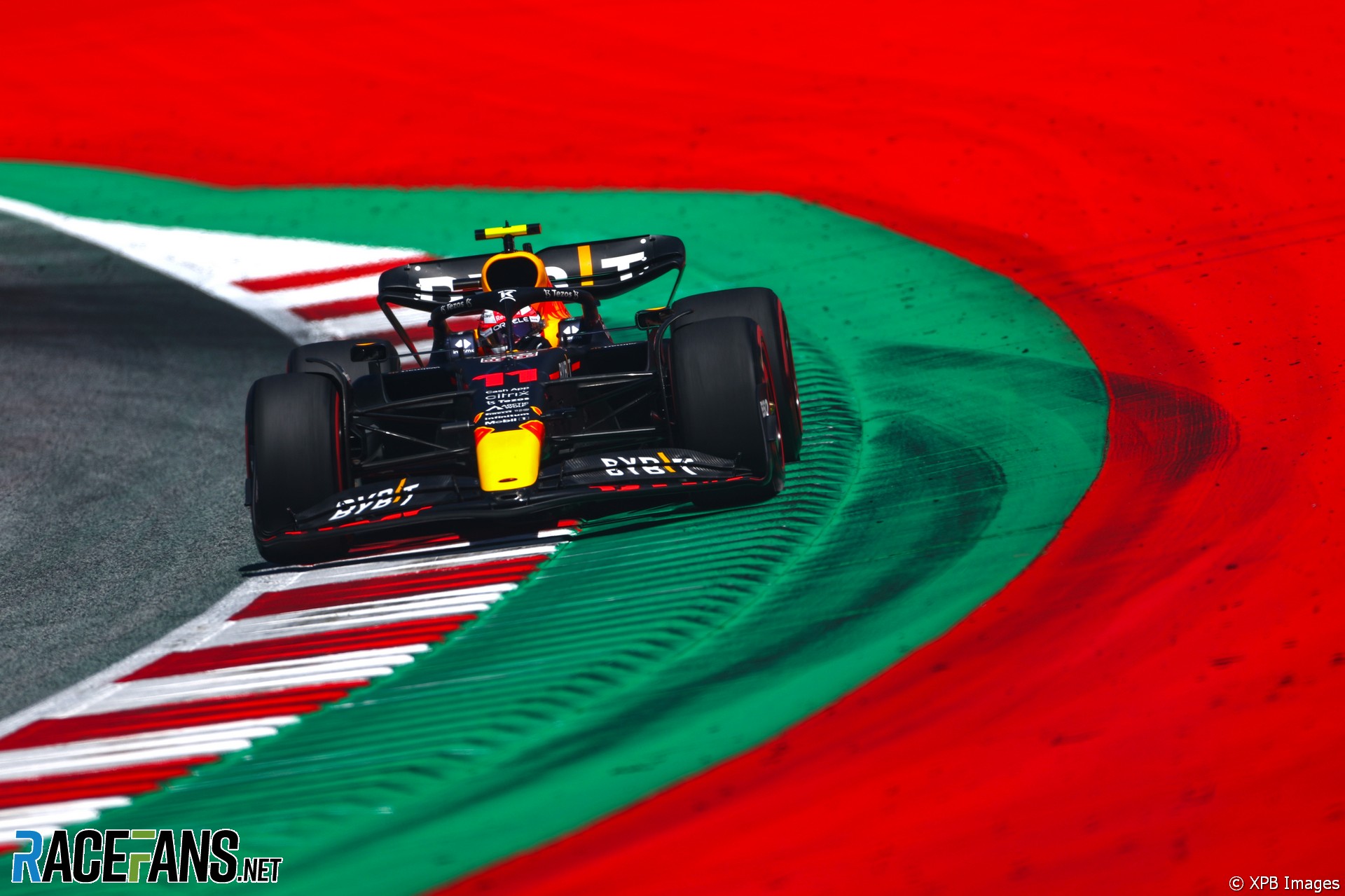 Sergio Perez with start Saturday’s sprint race from 13th on the grid after the stewards deleted all his lap times from Q3 and his best lap from Q2.

The Red Bull driver was found to have violated track limits at turn eight on his final lap during Q2. Other drivers who committed the same violations had their lap times deleted.

However, Perez’s infringement was not noticed by stewards until after the Red Bull driver had begun to take part in Q3. The stewards therefore took the unusual step of deleting all his lap times from that session, as well as the lap time from Q2 on which he left the track.

Perez originally qualified fourth on the grid. Having lost all his times he will instead lined up 13th.

“Perez left the track at turn eight on his last flying lap of Q2, just prior to the end of the session,” the stewards noted. “As this was not identified until the moment before Q3 started, the lap was not deleted prior to the start of Q3 and Perez started Q3.”

“This is a consequence of having many situations to examine in each session,” they added. The stewards recorded a total of 16 track limits infringements at four different corners, excluding Perez’s.

Red Bull argued Perez had not gained a clear advantage by cutting the inside of turn eight, but the stewards ruled this was not sufficient grounds not to issued a penalty.

“The video was clear and there is no doubt of the breach, which the team admitted,” the stewards added. “The team made the point that leaving the track at this point is not a clear advantage and brought data to support that point.

“However, the stewards considered that this was not a case of ‘gaining a lasting advantage’, but rather is ‘leaving the track without a justifiable reason’, which is another part of the same rule and which is the section that is being applied to qualifying sessions.”

The fact Perez had already proceeded to the next round of qualifying due to the lap on which he committed the violation created a new precedent, the stewards argued.

“This situation, where a driver moves through to a subsequent round of qualifying, and then is identified as having committed a track limits breach, does not happen regularly and certainly not recently. Thus the stewards have to examine this as a new situation.

“The team made the point that they took both risk and expended resources to compete in Q3. The stewards accept this point. However, in assessing a penalty after a session, this is no different than any other situation.