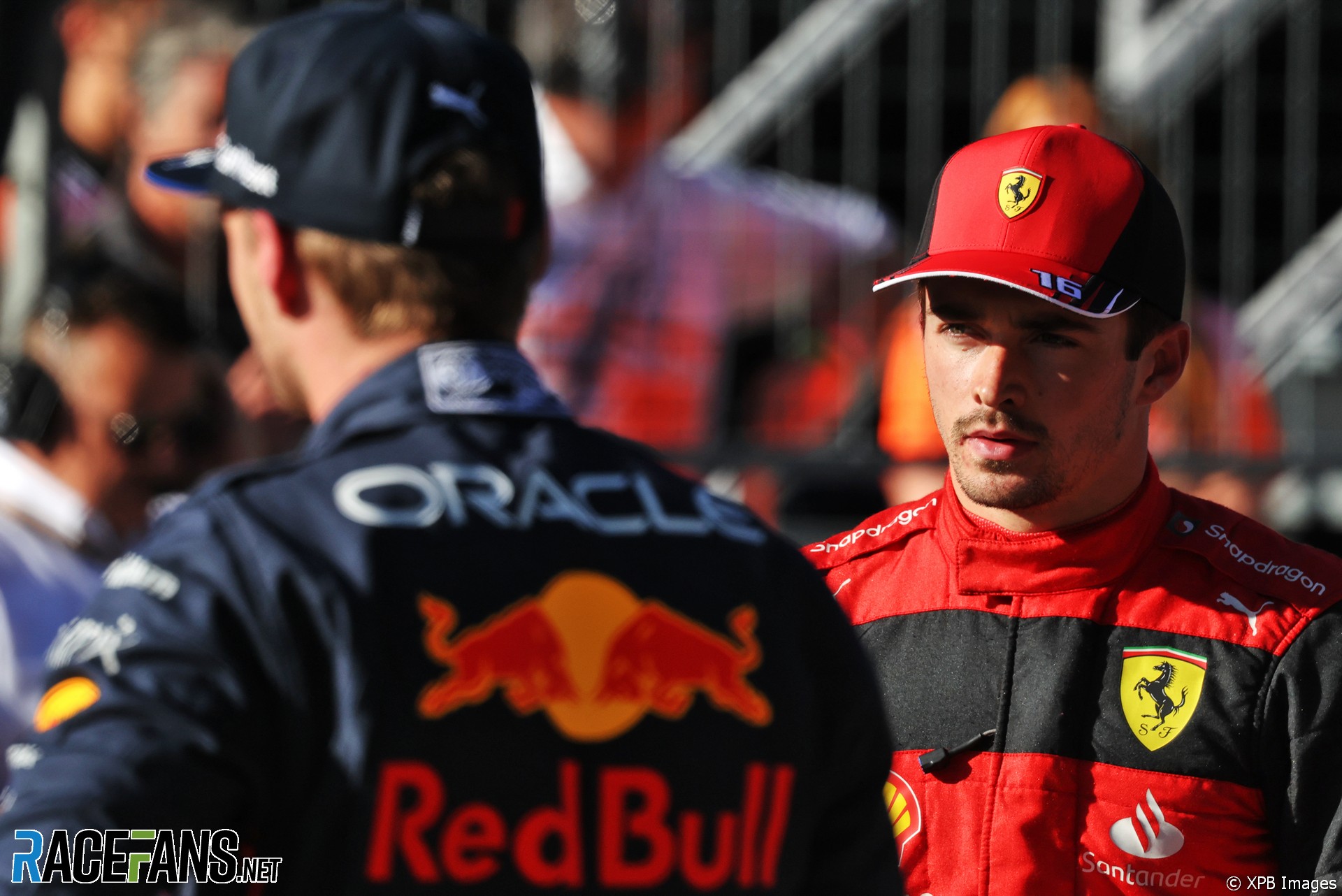 Charles Leclerc said he is just hoping for a clean weekend in Austria, following a run of bad luck in recent rounds.

Leclerc briefly had pole position within his grasp but was beaten by Max Verstappen by just 0.029 seconds on the final lap of qualifying. His team mate Carlos Sainz Jnr was just five-hundredths of a second behind in third place.

“I think we are all three very close, it was an exciting qualifying,” said Leclerc after qualifying. “In the last lap I struggled a little bit bringing the tyres back after such a long time in the pits.

“But Max was just a little bit quicker so congrats to him. Hopefully we will have an exciting race tomorrow.”

In terms of his hopes for the sprint, Leclerc said “I just want to have a clean race, obviously,” after several disappointing weekends.

“It’s been five races that it’s been a bit of a disaster on my side,” Leclerc acknowledged. “So I just hope that everything will go clean in the weekend and [we can] finally score the points that we deserve.”

Sainz, who scored his first pole position and win in Silverstone a week ago, said he is still gaining confidence with the F1-75. “I’m getting there, this quali was strong. Especially pitting at the right time in Q3, not taking too many risks in Q1 and Q2 and going for it in Q3.

“I think there’s progress being done. I’m definitely a lot more confident and comfortable after the last few races, there’s still some work to do.

“The good thing is that we have FP2 tomorrow, we will long run the car, try the tyres and try to get a bit more comfortable, in order to go for it in sprint quali and the race.”

Sainz said he expect close racing around the Red Bull Ring this weekend. “I think starting P3 on the clean side there’s everything to play for. I think it’s going to be fun racing here, with the amount of slipstream there is and tows and DRS etc.

“I think it’s going to be good fun, we’re going to have a good weekend.”