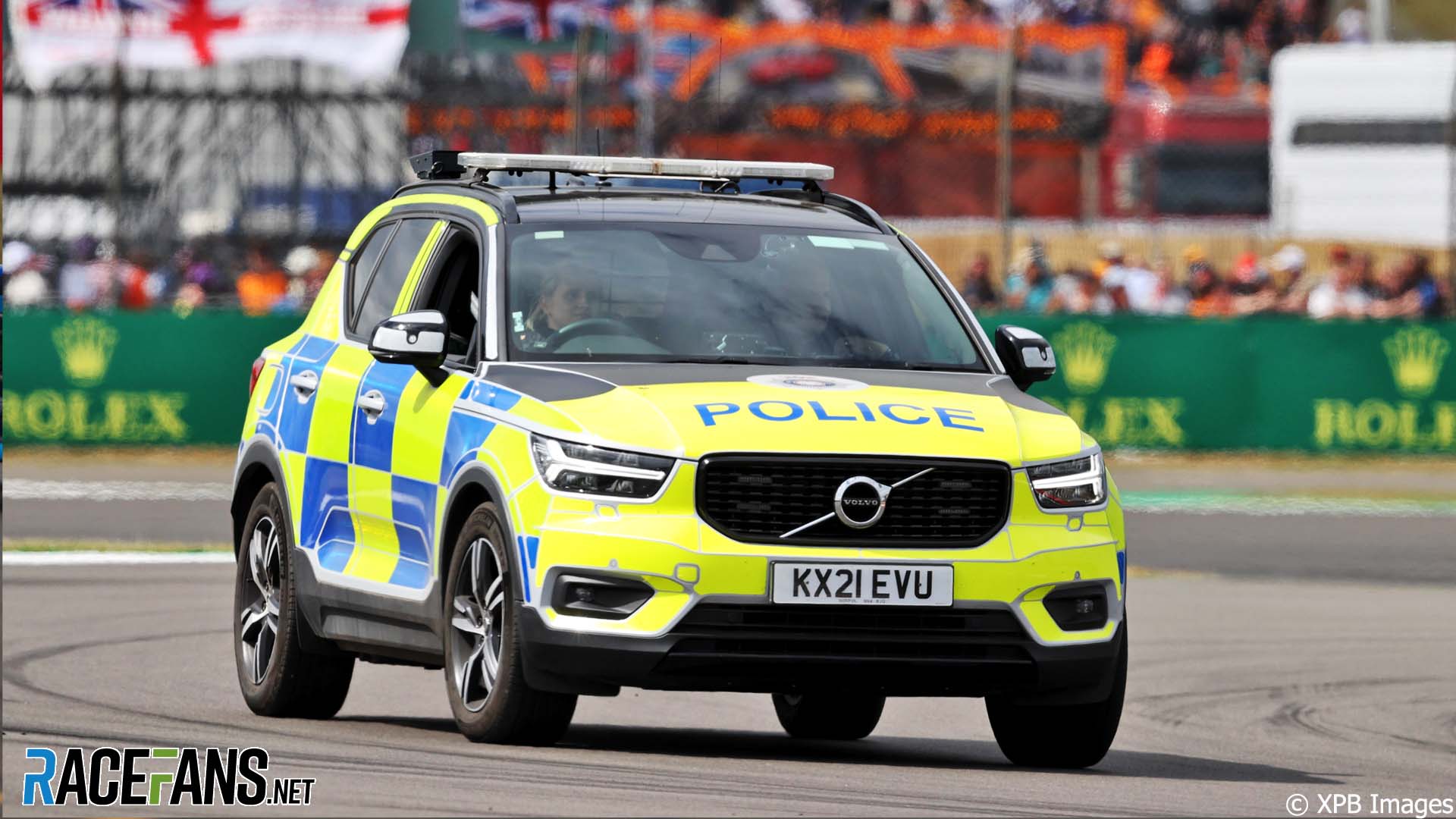 In the round-up: Northamptonshire police have arrested seven people who entered the track during the opening lap of the British Grand Prix.

Northamptonshire Police arrested seven people involved in the invasion, who it reported were in custody at the end of the race. The group Stop Oil claimed it was behind the protest.

Chief inspector Tom Thompson, in charge of policing for the event, said: “I’m really disappointed that this group of people ignored our warnings prior to race-day and made the incredibly dangerous decision to enter the track.

“We offered to facilitate a peaceful event at the circuit but they instead chose to put the lives of the drivers, marshals and volunteers at risk. It is incredibly disappointing that anyone would make the decision to do this.”

Formula 1 CEO Stefano Domenicali criticised the protesters’ actions. “Everyone has the right to speak out on issues, but no one has the right to put lives in danger,” he said. “The actions of a small group of people today were completely irresponsible and dangerous.

“We thank the police for their great work and we shouldn’t be complacent about the risk this posed to the safety of the drivers, marshals, fans and the individuals themselves.”

Stop Oil issued a statement on Twitter referring to Northamptonshire Police’s earlier warning about the danger of invading the track to protest. “We did it anyway,” they said. “This action was covered in the national press two days ago, but a handful of ordinary people determined to tell the truth have outwitted the UK government and Northants Police. The disruption will end when new oil and gas is stopped.”

Lewis Hamilton posted a message to social media, after the race, discouraging protestors from entering tracks. “As we’ve seen today, this is a very dangerous sport. I wasn’t aware of the protests today and while I’ll always support those standing up for what they believe in, it must be done safely. Please don’t jump on to our race circuits to protest, we don’t want to put you in harm’s way.”

Leclerc: my disappointment should not overshadow Sainz’s win

Charles Leclerc said that despite his frustration not to finish on the podium at the British Grand Prix, he was pleased to see team mate Carlos Sainz Jnr claim his first victory.

“As much as I am disappointed today on my side, I don’t think this should take the headline on what is an amazing first victory for Carlos,” said Leclerc.

“It’s a dream come true. I think when you are a child you dream of this moment and especially with Ferrari.

“So he needs to enjoy, it’s his day and hopefully next time it will be my day.”

“I don’t know quite what to think, I’m torn two ways,” Vandoorne reflected, after the race. “On the one hand, I’m frustrated, because we would have been much further up the grid had it not been for our problems in qualifying. And yet, I have to bear in mind that we managed to limit the damage once again, coming from the back of the grid.

“We’ve been struggling with the brakes since practice, but it was still manageable. However, it got a lot worse during qualifying and it was just impossible to post a lap. We simply can’t afford that, especially not in a world championship where every single point counts. It was all about scoring one, two or as many points as we could in the race.”

Vandoorne is now third in the standings, behind Marrakech Eprix winner Edoardo Mortara and Jean-Eric Vergne.

I’m ok, all clear. Halo saved me today. Thanks everyone for your kind messages! pic.twitter.com/OylxoJC4M0

All ok, the pets are ok 😅 but more importantly I’m glad @ZhouGuanyu24 is ok! Thank you to the medical staff and for all the messages. Eyes already on Austria 👊 pic.twitter.com/15PI86Iooz

The first time I flipped a go kart, @GeorgeRussell63 stopped on track to lift it off of me. He’s always been a good egg since day 1, great role model for anyone👍🏼 https://t.co/XqLwMAJviG

1 Feb 2015, Jerez. 1st pre-season test. Carlos is asked about his goals in F1: “To win” he said, while I stood by his side staring at his eyes full of determination.

The master and the apprentice. 💚

When will people learn?

We need to use a safer way to control track limits.

The halo has been one of the best safety systems to be introduced, let’s move forward with track limit policing too.

George Russell: ‘I want to beat Lewis but that won’t make my season a success’ (Guardian)

'Winning is easy to a degree because everybody is happy and the team spirit is great,' he says. 'Suddenly when you are dealing with all of these issues you have to dig deep and as individuals you learn a lot about yourself and about a group of people as well.'

Andrea Kimi Antonelli made it three wins, three poles and three fastest laps from three Italian Formula 4 races at Vallelunga. The Prema driver’s job in race three was similar to the previous two as he had to resist challenges from his team-mates on the opening lap and thereon was in control up front for his eighth victory of the year.

After Zhou Guanyu‘s car dug into the gravel trap at Abbey, sending it flying over the tyre barrier and into catch fencing in front of a grandstand, Chimaera2003 says that spectator safety, as well as drivers’, has to be a priority for the FIA in reviewing the incident:

Whilst I am very relieved that Zhou has not suffered any serious injury, the thing that I took away from this crash was the fact that the car managed to leapfrog the tyre barrier and go into the wire fence. This should be very concerning to the FIA.

If I was the FIA I would be putting the vast majority of any resource looking at this crash into how that happened.

Sounds harsh but if the FIA are not being seen to maximising the safety of spectators then this is a problem, you simply cant ask spectators to accept this kind of risk. The drivers know that there is always a chance that they may get killed when they get in the cockpit (albeit small chance and thankfully getting smaller with each off-season) but spectators should not be thinking the same when they go to a race.
@chimaera2003