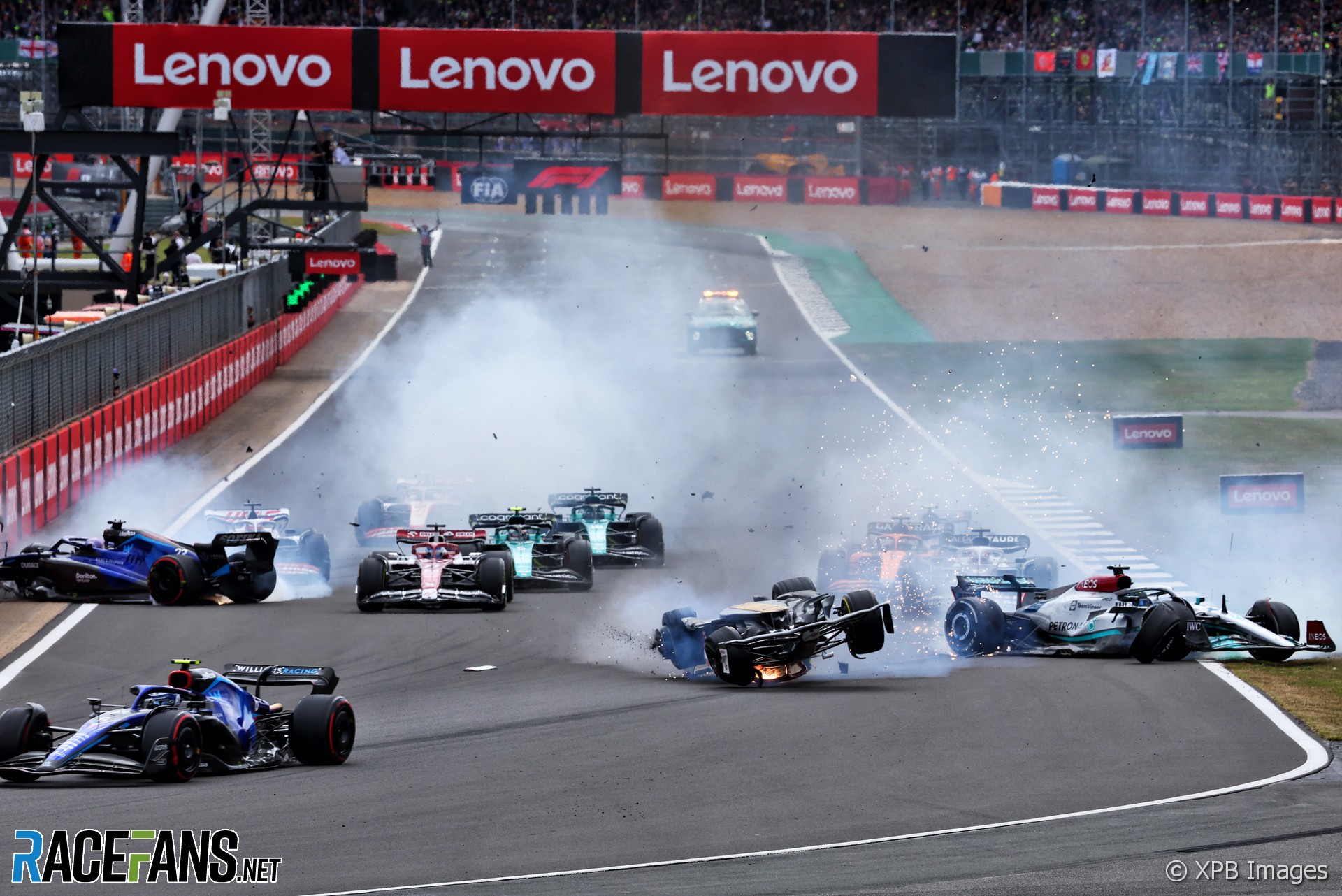 The huge crash at the start of the British Grand Prix was a reminder of the danger Formula 1 drivers face, says Sergio Perez.

Alexander Albon was taken to hospital for checks following yesterday crash and later discharged. Zhou Guanyu, whose car cleared a tyre barrier and struck a debris fence, was also cleared after visiting the circuit medical centre.

Perez said the risks F1 drivers face justifies the salaries they receive and shows why the sport should not place a limit on how much they are paid.

F1 introduced a cap on teams’ budgets last year. Salaries of drivers and certain top team members are exempt from the limit, but the possibility of capping drivers’ pay has been discussed.

However Perez said yesterday’s crash shows why drivers deserve the pay they receive.

“When you hear people talking about putting a cap on the driver salaries, we are the ones taking all the risk out there, putting on the show,” he said. “So I don’t think it’s a good thing to be talking about that on the sport going forwards. But the most important [thing] today is that no one was hurt.”

Perez said he was “very pleased for them that they are here with us and they will be racing again.” He revealed he saw the crash in between the first start and the restart.

“I knew there was an accident, but I was back in the garage, and I was looking at the TV and they showed the accident and I was shocked. It’s been a while since we have seen such an accident like that.

“It’s hard to see that and to try to delete it from your mind and try to focus on what you have to do.”

He praised the work the sport’s governing body has done to improve safety standards in recent years and said there is more the sport can learn from Sunday’s accident.

“Well done to the FIA because we’ve come a long way,” he said. “I’m sure there are still good improvements and always good lessons to make sure we learn from today, to see the accident, to make sure that there are things we can improve.

“I don’t know if there were photographers around that were at risk. So just have a look and see if we are able to make this a safer sport for everyone.”